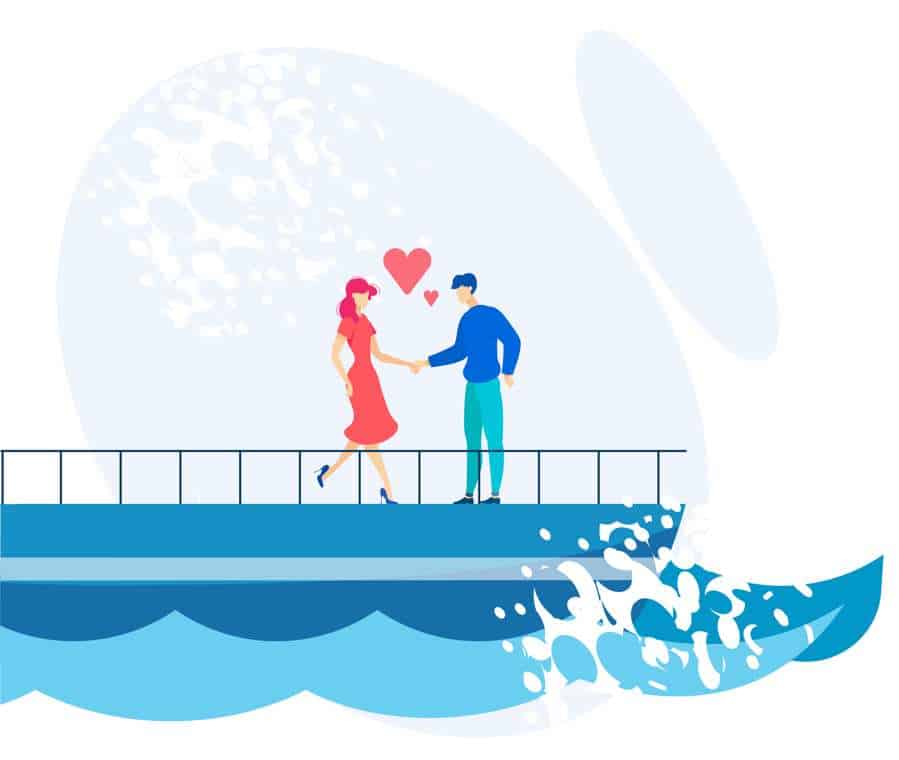 ENFJ and ENFP are both extraverts who are energetic, warm and caring. They are fiercely independent but still tend to put the needs of other people ahead of their own. They do have their differences, however, specifically in their need for structure when managing their daily lives. So the question is, how will these two personality types interact as friends or as romantic partners? Are they suited for one another?

Are ENFJs and ENFPs compatible enough to be in a romantic relationship?

With any two personality types, a relationship can work wonderfully if both people are equally committed. ENFJs and ENFPs are both social creatures who are focused on improving the world by making a meaningful difference in people’s lives. How they go about achieving this objective reveals a significant difference in their personalities. ENFJs are more competitive and goal-oriented. ENFPs, on the other hand, are whimsical, erratic and do not require the type of rigidity that ENFJs often need to feel comfortable.

If you’re looking for someone who is enthusiastic, charismatic and compassionate, then you won’t do much better than an ENFJ. They are action-oriented souls who have a significant streak of perfectionism that drives them forward.

Take all of the ENFJ’s enthusiasm and people skills and add a wild card of whimsy. Then you’ll have something close to an ENFP. They are caring, warm and where the ENFJ is more of a planner, the ENFP is more impulsive. They are curious about all things intellectual and love nothing more than having a deep conversation about thought provoking issues.

Now that it’s clear who these personality types are as people, it’s easier to speculate how an ENFJ and an ENFP might function in a romantic relationship. There would be highs and potentially some lows as well.

4 Reasons ENFJs and ENFPs would romantically mesh well together

Still, their different lifestyles and ways of thinking could hinder them as they proceed in their romance.

Would ENFJs and ENFPs be physically compatible? How would each approach being in love?

ENFJs make great romantic partners. Rarely do you find a personality who is so focused on making their partner happy, even if it means sacrificing their own needs.

Like ENFJs, ENFPs are warm and caring and take their love relationships very seriously. Quality time and communication are absolute keys for a successful relationship with an ENFP.

Being in love usually means that the couple meshes well together. Here are some reasons why an ENFJ and an ENFP work well together:

As with any love relationship, there will be difficulties that need to be resolved. Here are some reasons an ENFJ and an ENFP may have problems:

In some instances, ENFJs and ENFPs fit neatly into society’s traditional gender roles. With other aspects of their personalities, however, they diverge from the stereotypical notions about male and female roles.

ENFJ males and females don’t worry about whether or not they are fulfilling society’s expectations regarding gender. They are independent thinkers and much more concerned with doing what is right rather than doing what is expected.

In terms of male stereotypes, male ENFJs are in many ways contradictory. On one hand, they are charming, bold and confident, which seems to fit the idea of a typical alpha male. On the other hand, they are very emotional and deeply sensitive, quite different from the quintessentially stoic male.

ENFJ females, like their male counterparts, very often possess certain gender stereotypes as well as some nontraditional traits. They make great leaders and aren’t afraid to passionately argue on behalf of their causes. They are also nurturing, emotional and honest about their feelings and insecurities.

Similar to ENFJs, ENFPs don’t always fall in line with the stereotypes of what it means to be a typical male and female.

Male ENFPs are charmers and natural go-getters. They are also very sensitive and capable of being emotionally vulnerable.

On the surface, female ENFPs appear just like your typical bubbly, fun and happy-to-socialize type of girl. They’re also intelligent, driven and not afraid to set goals and achieve them.

Both ENFJs and ENFPs are likely to be very social and have large circles of friends. They love people, and they both value meaningful friendships that offer deep emotional connections.

As extraverts and enthusiastic organizers, they are pros at making connections with people. Sometimes, if they aren’t careful, they may end up behaving more like a coach than a friend.

4 Characteristics of an ENFJ’s friendships

They are outgoing and cheerful and are a lot of fun to be around, which makes them great friends. They are also excellent listeners who will drop everything to offer support and encouragement.

4 Characteristics of an ENFP’s friendships

Can ENFJs and ENFPs be friends?

They can absolutely be friends. As highly social extraverts who routinely put other people first, they have similar outlooks about the world. Because an ENFJ is a judger and an ENFP is a perceiver, they will inevitably have different approaches to day-to-day life.

3 Reasons why ENFJs and ENFPs might mesh well together

In the end, ENFJs and ENFPs are similar enough to mesh well in a friendship or romantic relationship but also different enough to make the journey interesting. If they use their powerful communication ability to talk to each other about troublesome issues rather than avoiding conflict, there is no reason why these two personalities won’t have a long and beautiful relationship together.