Although the Myers-Briggs test personalities have their own defining traits, the manifestation of these traits sometimes differs by gender, as seen with ENFJ women.

ENFJ, identified as being extroverted, intuitive, feeling, and judging, is one of the rarer Myers-Briggs personalities and accounts for about 3.3% of the female population. In women, the ENFJ traits manifest into a motherly or nurturing nature within social groups. They are also extremely passionate, charismatic, and natural-born leaders.

Read on to learn more about ENFJ women in terms of how they express the defining personality traits. We’ll also discuss how ENFJ differs statistically by gender, and we’ll list a few of the most famous and influential ENFJ women that have ever or currently exist.

Commonly referred to as the Protagonist or Giver personality, ENFJ is the second rarest Myers-Briggs personality and accounts for about 2.2% of the population according to the MBTI® Manual – Fourth Edition.

The following traits define this personality:

This personality falls under the Diplomats or Teachers role, where individuals are strongly motivated by connecting with others and helping them when possible.

ENFJ individuals have strong social and organizational skills, and so many find their way into leadership roles or careers. For this reason, many assume that the ENFJ is a male-dominated personality, when in fact, it is quite the opposite.

Filled with strong, confident, and charismatic women, the ENFJ personality ranks around 9th for females and makes up 3.3% of the female population.

Comparatively, when it comes to men, this personality that is already rare on a global scale is actually tied for the rarest male personality with INFJ. Both of which account for 2.8% of the male population.

It’s interesting to see that despite men dominating the rarest global and female personality, ENTJ, with 2.7% versus women’s 1.8%, women are the dominant gender in ENFJ, which is an extremely similar personality apart from the decision-making trait.

Though not quite the rarest female personality, it isn’t every day that you come across an ENFJ woman, and these individuals have some unique traits that easily separate them from other, more common personalities, like the ISFJ.

Here are the most distinct traits of the ENFJ and how they most frequently and noticeably manifest in women.

ENFJ women are arguably the most sociable individuals throughout all the personalities. Their extroversion means that they thrive on interacting and connecting with others, so they typically have a very wide social circle.

They are also incredibly empathetic and have a strong moral compass. Because of this, ENFJ women are not only considered social butterflies, but they also have an incredibly nurturing nature. Fortunately, because of this and some of their other traits, their nurturing nature is perceived as genuine and giving by those around them rather than patronizing or controlling. 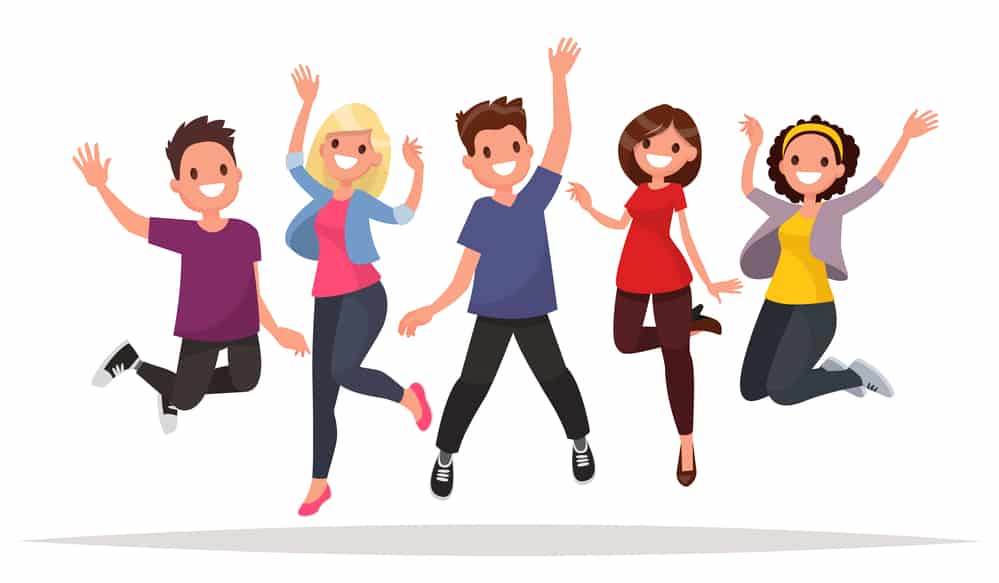 It is not uncommon for these women to be considered the mothers of their social group because they frequently go out of their way to ensure others are happy. If not, they’ll do everything they can to help out, as long as it aligns with their values.

Many individuals are drawn to ENFJ women because they are exceptionally supportive and encouraging individuals with a warm and affectionate disposition who enjoy helping others and uplifting them emotionally.

Although they certainly have strong personalities, their “Feeling” trait makes them more likable and less abrasive than ENTJs, who are more driven by logic and, therefore, rarely consider others’ emotions.

Selfless to a Fault

Because of their passion for altruism and their emotionally driven judgments, ENFJ women are incredibly selfless and often devote themselves to helping others in any way they can. As a result, you typically see them in humanitarian careers to satiate their altruistic drive.

It is also not uncommon for ENFJ women to volunteer within their community at churches, shelters, daycares, or other locations. Although these are exceptional qualities within a person, ENFJ women are often selfless to a fault.

Since they derive so much joy from helping others, it is not uncommon for ENFJ women to forget to focus on themselves and their own physical or mental health. They are likely to push themselves to help and can have significant trouble saying no to someone in need.

As a result, they will take on too much at the cost of their own health and happiness, or they will derive so much joy from helping others that they forget there is more to life they could also be focusing on.

Another possible consequence of their altruism is that they will try to fix things within themselves that aren’t actually a problem just because they have seen it in so many others.

Luckily, many personalities are drawn to ENFJ women because of their bright, inviting, and outgoing personalities. Therefore, there are typically at least one or two individuals within her social circle that will remind her to focus on herself from time to time and that she simply can’t help everyone.

In addition to finding an affinity for humanitarian careers, ENFJ women are also often found in leadership roles because of their personality.

ENFJ women are exceptionally charismatic individuals because of their extroverted, kind, and passionate personalities. They are also organized individuals that enjoy structure which helps them create order within a group or system, an important leadership trait.

Additionally, due to their intuition and empathy, ENFJ women can read a room with uncanny perception and know just how to bring people together in order to inspire them or energize the atmosphere.

They are also eloquent speakers who are quite capable of communicating their thoughts and the thoughts of others.

This is one of the reasons they are often placed in leadership roles, either as the driving force or merely as the spokesperson for those who have brilliant ideas but are uncomfortable or incapable of voicing them to others.

Another trait of ENFJ women that comes in handy is promoting compromise within a group. Due to their “Feeling” personality trait, ENFJ women are incredibly susceptible to the emotions of those around them and can be quite intuitive about the true feelings of others. This trait paired with their “Judging” trait makes them exceptional peacemakers and mediators in times of social tension or conflict.

They can help group members see the others’ perspectives and communicate each other’s thoughts in a constructive and positive light to reach a conclusion everyone is comfortable with.

Since the ENFJ is ultimately dominated by empathetic, organized, and driven women, many of them find their way into influential careers, particularly those centered on management or creativity.

Here is the ultimate list of the most famous female ENFJs:

Though they are very rare, it is quite possible you have an ENFJ woman or two within your social circle, work environment, or even your immediate family. These women are typically pleasant to be around because they are driven and organized and care deeply for others. They’re perfectly content dropping everything to help someone in need, and they’ll work tirelessly to find a solution.

If you’re curious about where the ENFJ woman in your life might be, check any humanitarian, teaching, or leadership roles. Alternatively, you might find one eloquently weaving words in a more creative career, like acting or writing. Wherever they are, they’re assuredly striving to improve lives and change the world for the better.