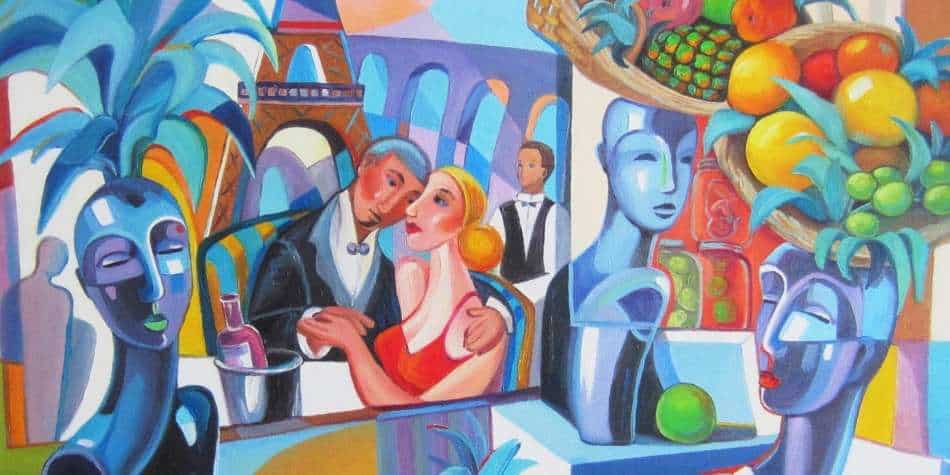 Bringing creative thinking and a caring nature to their relationships, ENFPs and INFPs are pros and making meaningful connections. Together, they can have a harmonious relationship based on a similar approach to life and being feelings types with emotional intelligence.

ENFP (Extroverted, Intuitive, Feeling and Perceiving) and INFP (Introverted, Intuitive, Feeling and Perceiving) Myers Briggs personality types only have one difference: their tendency toward extroversion versus introversion. However, they both care deeply about other people, are creative thinkers, and will work tirelessly to advance a worthwhile cause.

The campaigner and the mediator are incredibly attuned to other people’s emotions and very insightful. They tend to see the big picture rather than more minor, more insignificant details in a situation. In a romantic relationship, these similarities can lead to personal growth as well as deeper levels of commitment.

Despite their similarities, ENFPs and INFPs are socially very different. An ENFP is an extrovert who draws energy from other people, on the other hand, the INFP prefers to work from behind the scenes in a solitary role, if possible. Social situations can be very draining for an INFP, but they are absolutely crucial for an ENFP to be happy. Still, the emotional openness and similarities in their personality traits leave plenty of potential for relationship compatibility.

As with any other personalities, if ENFPs and INFPs are interested in making a relationship work, then they can do it.  Romantic relationships with these two intuitive types tend to be passionate and full of meaningful conversations. They often involved a shared sense of direction, a grounded sense of trust, and lifestyle preferences. The INFP can help the ENFP remain cool under pressure, while the ENFP can bring their partner out of their shell during social life situations.

Their charming, charismatic individuals thrive on new ideas, creative solutions, and inspiring others. They make excellent leaders, especially when they need to get people together and inspire them to work for a common cause. They may not pay particular notice to specifics or mundane, day-to-day tasks, but they will be the fires to suggest options that no one else considered. Their approach to life usually focuses on building successful relationships with others while leaning into their natural sense of adventure.

4 Characteristics of an ENFP Personality Type

INFPs are introverts who care deeply about others. They are creative idealists whose primary purpose in life is to seek out ways of doing right on behalf of other people. They tend to be very private but also very emotional as they are feeling types. They have a strong sense of intuition about people and situations. Their personal relationships are usually hand-picked as there is a distinct difference in energy levels with the INFP vs. ENFP personality type.

Given that ENFPs and INFPs share three out of their four personality functions – Intuitive, Feeling, and Perceiving – it makes sense that they have the potential to be a good romantic match. In addition, their strong desire for peace on earth and their need for emotional connection can draw them together like magnets and create endless future possibilities.

4 Reasons ENFP and INFP Types Might Establish a Relationship 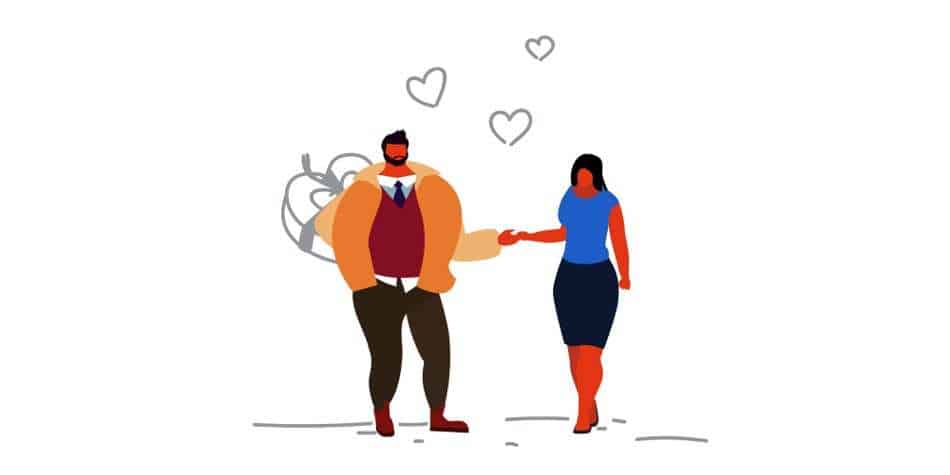 Even though they share many similarities, ENFPs and INFPs also have significant differences that could potentially cause friction and result in a not-so-healthy relationship. This can be avoided by knowing the “whys” of being together as the blind spots.

4 Reasons ENFP and INFP Types Might Struggle with Romantic Connection

There is almost always an immediate sense of attraction between an INFP and ENFP, even if the more introverted partner isn’t quick to act on these personal feelings. Because ENFPs have a strong preference for social connection, they may be more open to causal dating than an INFP type. A casual relationship may be one thing, but can ENFPs and INFPs fall in love? Certainly.

Both personality types have strong emotional integrity, and they will ultimately want a deep and meaningful relationship in their lives. For this reason, it makes sense that ENFPs and INFPs could wish to pursue a long-term relationship. Effective communication, especially regarding intimacy, is crucial, though. It can often be the key that keeps the intense relationship and strong connection between these two burning.

ENFPs tend to be all-or-nothing type people. When they are in love, they are in it for the long haul and will do whatever it takes to make it work. They also love the drama of romance and being the perfect mate.

INFPs want to be truly understood by others. When they find someone who loves them for who they truly are, they will not want to let them go. It may take them a while to build that trust with someone, but they are completely content when they do.

Reasons why an ENFP and an INFP may mesh well in a relationship:

Reasons why ENFPs and INFPs may encounter problems:

Role of Gender in an ENFP INFP Relationship

Whether or not personality types conform to society’s gender role expectations will often affect how comfortable they feel in their own skin.

ENFPs don’t care much about conforming to gender expectations. They are too busy lighting up a room and charming everyone around them.

Male ENFPs are natural leaders who are charismatic and bold. In that way, they seem to fit the stereotype of maleness. However, their highly emotional and dramatic tendencies are less stereotypical but are often overlooked because of their strong, take-charge personalities.

Female ENFPs are dynamic women who know what they want and aren’t afraid to go after it. They don’t mind that being loud and boisterous leaders isn’t necessarily ladylike. They are intuitive enough to read the room, tailor their approach to their audience, and reign in the enthusiasm if need be.

INFP males have much more trouble dealing with gender expectations than female INFPs.

Male INFPs frequently feel misunderstood. They live in a world where men are expected to be dominant leaders when they are nothing of the sort. They care very deeply about others and live by a strict sense of right and wrong. Their tendency to be emotional often leaves them feeling out of sync with other men.

INFP females tend to fit many gender stereotypes. They are quiet, emotional, and caring and are often content to be in submissive roles. However, they should never be underestimated as they are very clever, incredibly intuitive, and can outfox almost anyone.

An ENFP male is frustrated because his INFP wife is late paying some of the bills. Even though she hates dealing with finances and the smaller details of life, at the beginning of their relationship, she agreed to try to handle it. He knows she hates it, but the problem is he hates to do those things even more than she does.

An ENFP male is always in trouble with his INFP girlfriend because he is constantly playing practical jokes on her. She never really thought they were funny, but now she is furious and may actually break up with him. He thinks she is overreacting.

After only a few dates, an ENFP female fell totally in love with an INFP male. For two months, she believed they were headed for marriage. Then she realized that his social awkwardness and general neediness were impossible to overlook. Now she’s trying to think of a way to let him down quickly.

An ENFP femaalways triesing to get her INFP boyfriend to be more affectionate. She knows he loves her but wants him to show it with loving words and maybe even the occasional public display of affection. He can cuddle her in private but couldn’t imagine doing anything more intimate than holding hands in public. 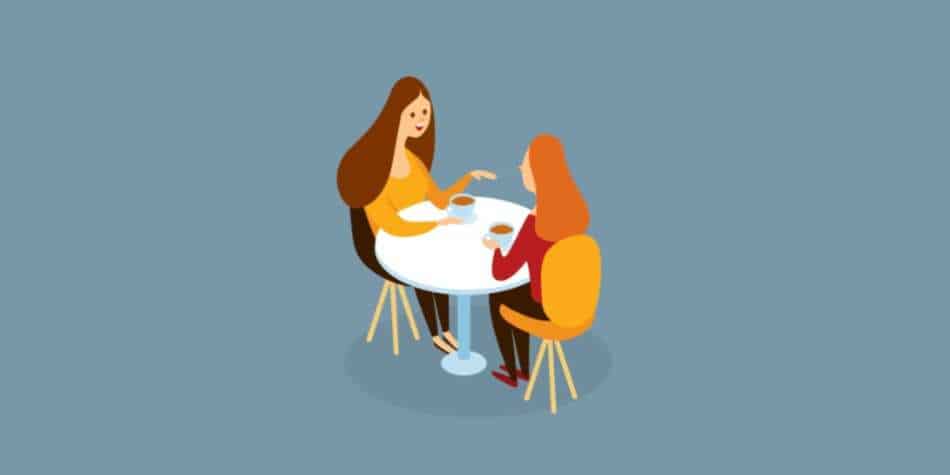 ENFPs are gregarious, lighthearted, and fun. They will be friends with everybody they meet. INFPs are more reserved and choose their friends carefully.

Their natural charm and optimism tend to draw people to them. Typically, many people will view an ENFP as one of their dearest friends. The ENFP, however, may only have reciprocal feelings about a select few people.

INFPs love their friends dearly. They usually have a small circle of close friends who may or may not know each other. They will be open with these few people, often shutting the rest of the world out of their private lives. It may end up being a lot of responsibility to be an INFP’s friend.

Can ENFPs and INFPs be friends?

Any two personalities can be friends, including ENFPs and INFPs. They need to have the proper respect and understanding between them.

4 Reasons why ENFPs and INFPs might mesh well together