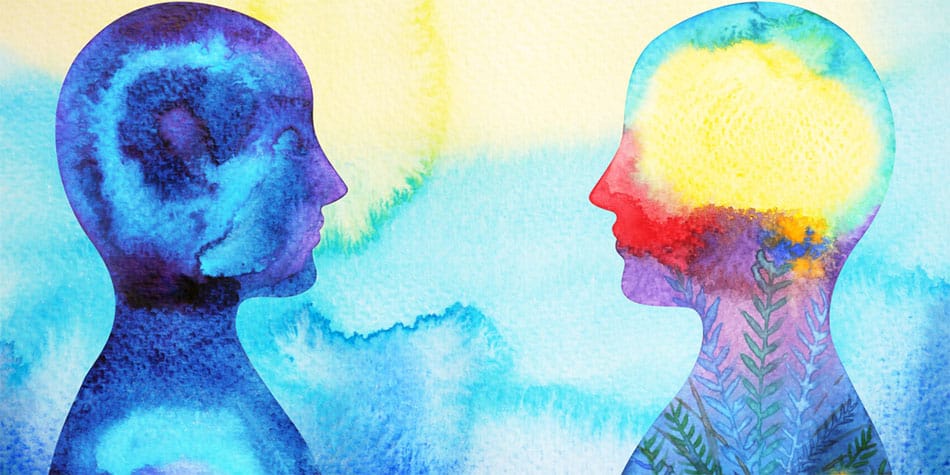 ENFP personality types are known for being enthusiastic go-getters whose combination of charisma and creativity allows them to flourish in social situations. Still, what are the cognitive functions that lead to their behavior?

If you’re either an ENFP type yourself, you know someone who is, or you’re just curious, this is for you. Below we’ll break down the primary cognitive functions that an ENFP type generally displays, and then we will turn our attention to how they develop and the ways they can apply those functions in real life.

According to the Myers-Briggs Type Indicator, each personality consists of four major functions that make up their functional stack. For the ENFP personality type, these are Extraverted Intuition, Introverted Feeling, Extraverted Thinking, and Introverted Sensing. Every identifiable characteristic of ENFPs can be traced to one or more of these functions.

Below we will break down each function of an ENFP personality type and briefly describe how it can influence their behavior in both beneficial and challenging ways.

ENFP’s primary perceiving function allows them to be really good at bouncing between different ideas and using their intuition to ultimately reach a conclusion. Sometimes when they’re thinking out loud, it can sound like they’re simply rambling on, when in reality, they are exploring ideas from multiple perspectives simultaneously. Of course, they do all this with the assumption they will find a conclusion in the end.

Some of the benefits presented by Ne include:

Some of the challenges presented by Ne include:

The decision making of an ENFP personality type can sometimes be hindered because they tend to make decisions based on their internal moral compass and emotion instead of logic. On the other hand, they can make quick gut decisions without too much hesitation when it’s necessary.

Some of the benefits presented by Fi include:

Some of the challenges presented by Fi include:

Te is essentially the opposite of Fi (introverted feeling) in that it allows a person to analyze the world around them using logic and reason rather than their feelings. Though ENFPs tend to use extraverted intuition more often, there is a part of them that engages in extraverted thinking–especially as they develop their personality.

Some of the benefits presented by Te include:

Some of the challenges presented by Te include:

Once an ENFP develops their Si, they can take in information and automatically compare it to what their memory and make adjustments to their responses. For example, if they’re trying to teach their kid how to hit a baseball, they would compare what they see the kid doing to the method of hitting a ball that they know works.

Some of the benefits presented by Si include:

Some of the challenges presented by Si include:

Explaining the Types of Functions

Now that we’ve seen the specific functions that an ENFP uses, let’s briefly discuss the types of functions (perceiving/thinking) and why they are divided the way they are. It is important to understand this because if you just know what type a given function is, you can already begin to understand just what that function does.

Perceiving functions deal with the ways in which a person takes in information and explores ideas. This can deal with conscious thought or merely what a person’s attention is naturally going to drift towards.

This is why both Ne and Si are considered the perceiving functions of an ENFP. They both, in seemingly contradictory ways, explain why ENFPs notice the things that they do.

Judging functions deal with how a personality type will typically analyze situations and people. Oftentimes this can lead to both practical and moral judgments of the world around them. Some people are more likely to judge from logic and reason, whilst others–like ENFPs–are more likely to make judgments based on the way they feel.

What Makes an ENFP Personality Type: The Phases of Development

If you’re an astute reader, you’ve probably noticed that the primary functions (Ne, Fi) seem to contradict the more secondary functions (Te, Si). This is not by mistake, as it is partially due to the complexity of individuals and the principle of paradox. However, it can also be traced to how an ENFP personality develops.

Like all personality types, ENFP’s develop over a lifetime. Their development is tracked in three stages, wherein each function develops and changes the way they experience the world. Below we briefly describe each phase and roughly when it develops:

One of the benefits of having an ENFP personality type, is that you’re so outgoing and flexible that there is a myriad of careers you might enjoy. Most of these careers deal with working with people and being able to keep your eye on the big picture. Two things ENFPs are known for doing well.

The following careers are great for ENFPs:

5 Careers to Avoid as an ENFP

Most of the careers that an ENFP should avoid are ones that require an extreme attention to minute detail. Whether it’s the details a police officer has to take down, the math an accountant must do or the careful construction of an engineer, the role smalls details play in these careers will be a put off to most ENFPs.

The following careers are best avoided if you are an ENFP personality type:

So Really, What are the ENFP Functions?

The primary functions develop earlier and are much more apparent in their personality. The functions that develop later can help to balance out some of the weak spots in their primary ones.

Not everyone fully integrates these functions together. In order to do so, they must first understand them (formally or otherwise) and bring them all into the forefront of their mind.