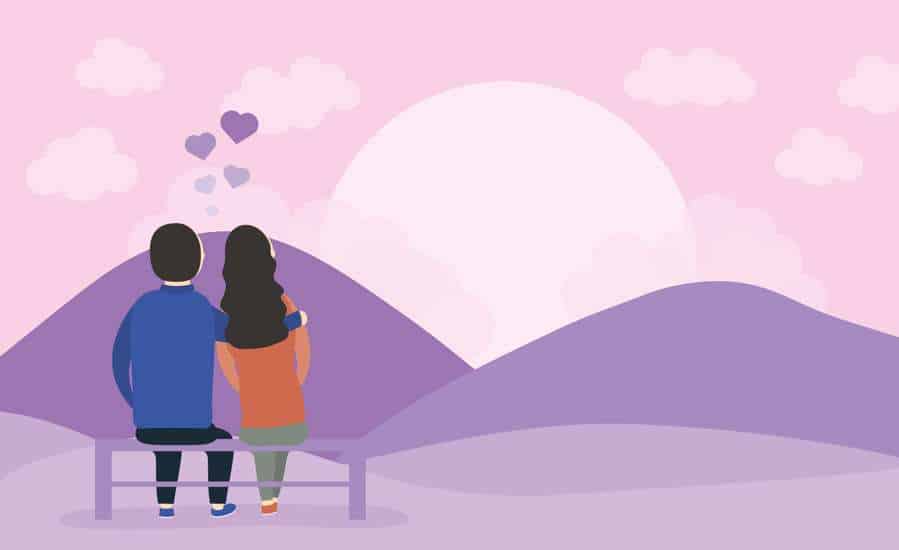 Both ENTJs and ESTJs are extraverted, highly social and confident leaders who have a tremendous work ethic. They are professionally demanding and persistent. The question is, what happens when ENTJs and ESTJs interact with one another? Can they be friends? Can two such bold personalities succeed in having a romance or even a marriage?

Are ENTJs and ESTJs compatible enough to be in a romantic relationship?

ENTJs and ESTJs may both be natural leaders but they differ in how they perceive the world. When making decisions, for example, the ENTJ sees the big picture and is open to the wildest of ideas to find an answer. The ESTJ, on the other hand, values facts, details and precedent. They prefer practicality to speculation. With such a different outlook, is it possible for these two personalities to find romance with one another? If they are willing to meet each other half way, then the answer is yes.

ENTJs are born to lead. They are energetic, decisive and ambitious with a laser focus on their careers. They are also very intelligent and innovative, willing to consider even the most preposterous possibilities in pursuit of the best solutions. They are outgoing but not particularly sensitive and may have a tendency to put people off because of their unyielding nature.

If you need someone to develop and implement a system of organization, an ESTJ might be the perfect candidate. They are task masters who get things done the right way. They think logically, step by step, making sure not to leave out any relevant facts. When making decisions, they tend to rely on hard data and what has worked in the past. They are social, enjoy their down time and will usually make family a priority in their lives.

If an ENTJ and an ESTJ got together romantically, they would have the potential to make a rather formidable power couple.

4 Reasons ENTJs and ESTJs would romantically mesh well together

Still, with personalities this brash and domineering, in a romantic relationship, there are bound to be a few problems along the way.

ENTJs and ESTJs are highly committed and passionate people. These qualities tend to carry over into their personal relationships as well.

An ENTJ’s professional success has to do with their never-ending confidence and take charge attitude. They tend to apply that same level of attention to their love lives.

ESTJs also take love seriously. From the very first date, ESTJs are trying to ascertain if there’s a match with long term potential. If not, they move on to the next candidate. When they do find their true love, they are fiercely committed to that relationship.

Given all of their similarities, it is not surprising that ENTJs and ESTJs have many characteristics that will allow them to mesh well in a loving relationship:

Still, ENTJs and ESTJs perceive the world differently. Here are some issues they may eventually encounter that could lead to problems:

For ENTJs and ESTJs, males tend to fit rather nicely into society’s assigned male gender roles. They’re both leaders, hard workers and highly competitive. These qualities in women, on the other hand, are very often frowned upon as being too masculine and may lead to these strong women feeling unfairly judged or misunderstood.

The ENTJ characteristics of being demanding, passionate and competitive mean that the males tend to fit in with gender stereotypes much more than ENTJ females do.

Male ENTJs are intelligent leaders who pursue goals without slowing down to ask questions. Given their direct, no-nonsense nature, it’s no surprise that many of their qualities are considered to be typical of an alpha male.

Female ENTJs do not generally fit the traditional female stereotypes. They are independent, logical and competitive. They are frequently in positions of leadership and are willing to fight hard to get what they want. While they do value family and friends, emotional considerations will largely be left last on their lists.

ESTJ males are just as driven as their ENTJs counterparts and are, very often, just as blunt and logical. They also tend to be conservative and are likely to hold traditional values regarding male and female roles. For all of these reasons, they are often labeled as behaving like stereotypical men.

Female ESTJs have many qualities that are more stereotypical of men than women. They are rigorously logical rather than emotional. Often found in leadership positions, they usually have a reputation for being direct and tough. Many ESTJ women have struggled throughout their professional lives to be taken seriously in traditionally male jobs.

ENTJs and ESTJs have just as much in common as they have differences. The key to a successful friendship would be in their ability to meet each other in the middle.

After seeing the intimidating way an ENTJ takes charge at work, it may be difficult to imagine them having an active social life with many friends. In reality, they make very dependable and reliable friends. They love to socialize, although much of that time tends to be spent with endeavors that will also help them with their careers.

ESTJs may love to work but they also love to play. They adore their friends and enjoy taking time away from work to spend time with them. ESTJs look for friends who are loyal and trustworthy and who share their sense of adventure.

Can ENTJs and ESTJs be friends?

They can absolutely be friends and what a dynamic friendship it would be. There would be plenty of boisterous conversations and interesting back and forth between them.

4 Reasons why ENTJs and ESTJs might mesh well together