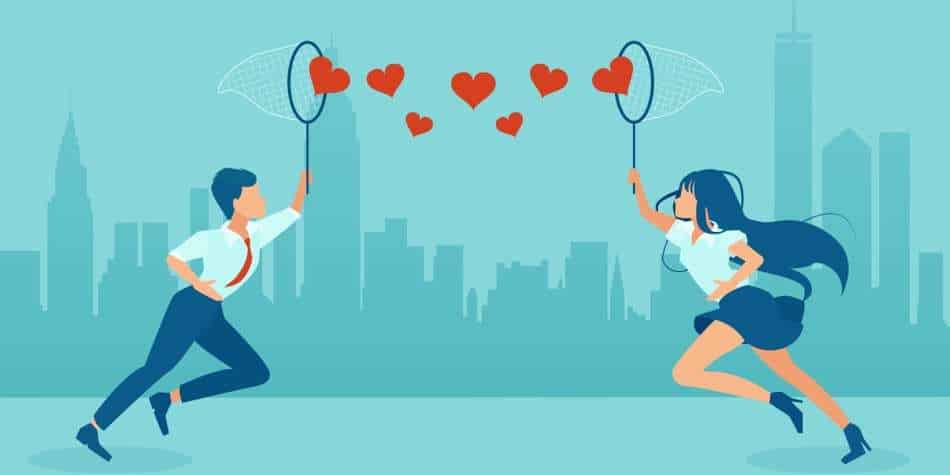 Not only would ENTPs and INTPs be romantically compatible but their unique personality traits will tend to complement one another very nicely.

ENTPs love to learn. They are among the most intellectually curious of the personality types and are known for having an insatiable thirst for new information. They love puzzling over theoretical problems and dreaming up solutions that could one day improve the world. They are also easy-going, whimsical and usually a pleasure to be around. Still, they can be a little too inwardly focused.

INTPs are quiet, self-reflective and logical to the core. They are motivated and will set tough goals and have high expectations for themselves. They may not appear emotionally vulnerable to the outside world but that doesn’t mean they don’t have feelings. They feel very deeply but choose to keep their emotional live very private.

Scenario 1: An ENTP male must attend a work party. His INTP girlfriend reluctantly agrees to go. After two hours, she’s dying to go home but can’t because her boyfriend is everyone’s favorite storyteller. She scuttles off into the corner, trying to be invisible while he is the center of attention.

Scenario 2: An INTP female and her ENTP husband go to an animal shelter to pick out a new puppy. She’s been on their website and knows exactly which dog she wants. He gets there and runs from cage to cage, playing with all of the dogs and laughing that he can’t decide. They end up leaving with the dog she originally picked out online.

Scenario 1:  While on vacation, an ENTP wife has horrified her INTP husband by spontaneously entering a limbo contest. He sits at a table, head in his hand as she does round after round of the limbo in front of an intoxicated crowd. He is proud of her when she wins, though.

Scenario 2:  An INTP male is an assistant professor and it’s his duty to host a function for the graduate students. He has no idea what to do. Luckily, his ENTP wife jumps in to save him and plans the whole thing, charming everyone in the process.

INFPs may require a lot of alone time but they also make very loyal friends. They tend to have a few people in their lives with whom they’ve been friends for years.

link to ENFJ and INFJ: Compatibility, Love, Marriage, and Romance

The jovial ENFJ and the sensitive INFJ might make an unlikely pair. However, the two have more in common than you might think. Compassion, mutual interests in people and humanitarian efforts, and a...

Even though two determined people can, in theory, make a relationship work, regardless of personality traits, some partnerships are smoother by design. Here is a look at how the ENFJ and the ESFJ...