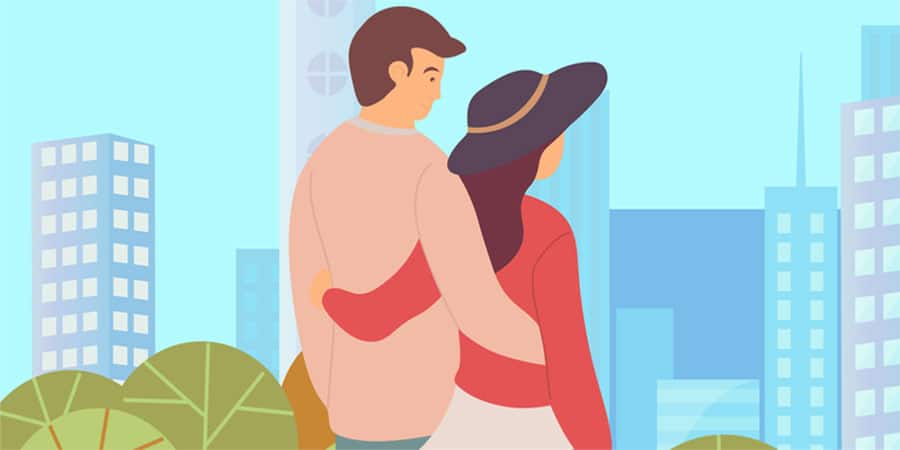 The traditional ISTP and the innovative ENTP may be very different personality types, but that doesn’t mean they can form healthy and fulfilling relationships. As with all couples, it will take compromise and understanding for the ENTP/ISTP couple to reach their full potential.

ENTPs and ISTPs look for different things when choosing romantic partners. When it comes to relationships, the ISTP is perhaps the most straightforward of the Myers-Briggs personality types. Generally, they look for friends who are game to accompany them on life’s adventures.

ENTPs take a different approach. When cultivating relationships, ENTPs are attracted to people with whom they share an intellectual bond.

Because they approach relationships so differently, it will often take a common hobby, a mutual acquaintance, or a mutual physical attraction to bring this couple together.

Three Reasons why ENTP and ISTP are Good for Each Other

Though they share only two of four primary Myers-Briggs personality traits in common, ENTPs and ISTPs often form long-lasting romantic partnerships. These relationships benefit not only from their commonalities but from their differences as well.

Unlike their ISTP partners, ENTPs prefer to discuss theories and abstractions to more concrete realities. While there’s certainly value in theory, the ENTP can sometimes become so wrapped up in their own inner worlds that they neglect the practical realities of the real world. An ISTP partner can prove an effective check against this tendency.

Conversely, the ENTP partner can encourage the practical, hands-on ISTP to look for and appreciate the deeper meaning of things.

When considering plans, ENTPs and ISTPs tend to focus on different things. The ENTP looks at the plan as a whole, while the ISTP attends to the small but important details.

While many ENTP/ISTP couples flourish, , many do not. When ENTP and ISTP romantic relationships run into difficulties, often it is for one of the following reasons:

When living together, neither partner in an ENTP/ISTP relationship is likely to be on top of the housework. Both types have a high tolerance for disorder, and some arguments are likely over who should be attending to the chores.

Introverts and extroverts have different tolerances for socializing. Many introvert/extrovert couples can work through the challenges this dynamic presents, but not all.

ENTPs and ISTPs communicate very differently, and until each becomes accustomed to the other’s style of expression, there is likely to be some degree of miscommunication.

Communication can make or break nearly any human interaction, and how the ENTP/ISTP couple communicates will go a long way toward determining their success. ENTPs and ISTPs take different approaches to express themselves, and this can lead to miscommunication.

Where are they Strong, and Why?

Though they communicate very differently, ENTPs and ISTPs often find a comfortable dynamic; when conversing, the more energetic ENTP does most of the talking, which is usually just fine with the ISTP. 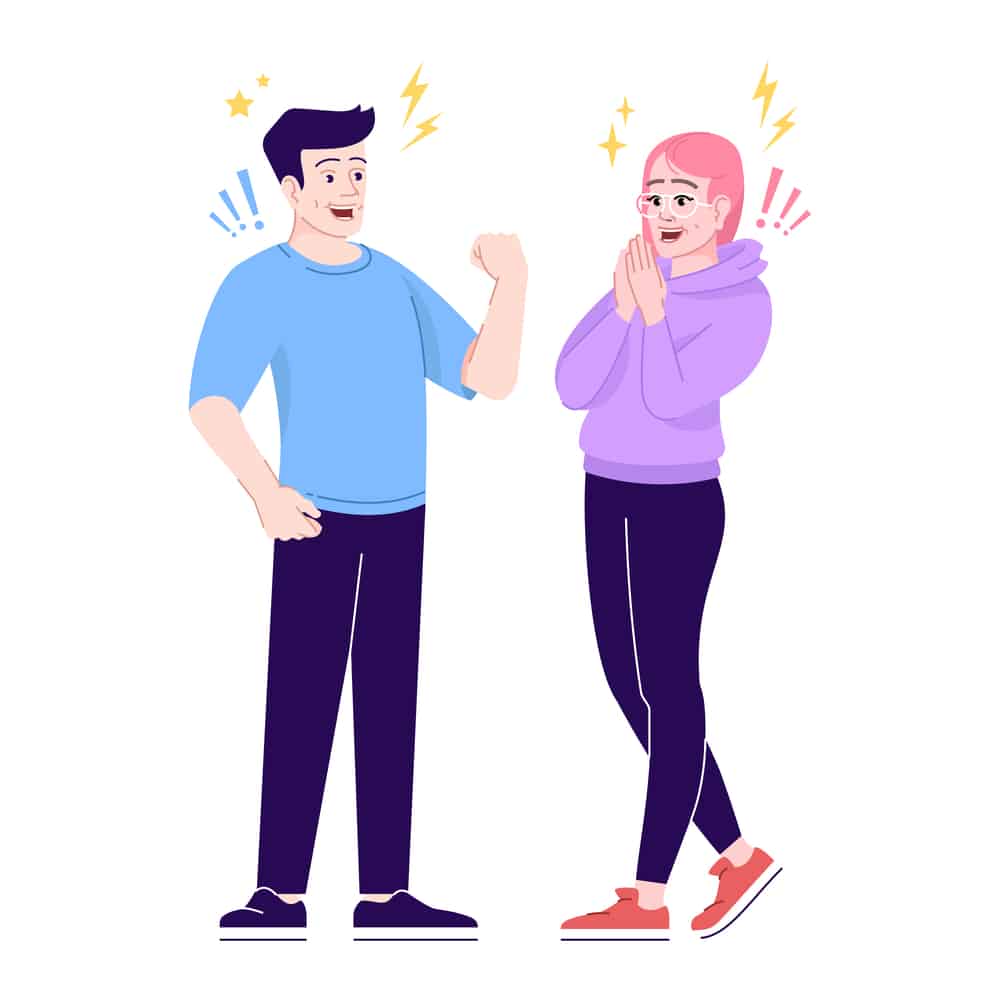 Where do they have Problems, and Why?

ENTPs are extroverted personalities who generally speak quickly and with enthusiasm. They have a lot to say and aren’t shy about saying it. As mentioned above, this can be a suitable enough situation for the less-expressive ISTP. There are times, however, when it can cause problems.

If the ENTP partner isn’t careful to afford their ISTP partner time to speak, they may make them feel marginalized or unappreciated.

How can ENTP and ISTP Improve Communication?

There are several ways partners in an ENTP/ISTP romantic relationship can improve the quality of their communication. For one, the ENTP partner must take care not to unwittingly shut their ISTP counterpart out of discussions. Giving the ISTP time to process before responding will go a long way toward maintaining healthy communication in an ENTP/ISTP pairing.

The ISTP partner, for their part, must meet their ENTP counterpart in the middle, so to speak. Letting the ENTP partner do the majority of the talking may suit the ISTP very well, but it may cause misunderstanding. It can be frustrating if the ENTP partner feels they must constantly encourage the ISTP to engage.

Where do ENTP and ISTP Connect, and Why?

ENTPs and ISTPs are significantly different personality types who look for different things when making social connections. As different as they are, though, the two types do share some common values and may even find they have some common interests.

Generally ranked as moderately compatible personality types, it will often take more than a chance meeting for ENTPs and ISTPs to connect; likely it will take physical attraction or a common passion.

Though ENTPs and ISTPs value some of the same things, generally speaking, these two personality types have very different priorities regarding values.

ENTPs value logic and reason in part because they see them as the most likely path to positive change. ENTPs believe everything can be improved through careful study and innovation.

As a corollary to their affinity for reason, ENTPs place a high value on objectivity.

ENTPs are often willing to shake things up for excitement’s sake; ISTPs value order and thrive within systems that have well-defined rules.

How do their Values Match Up?

ENTPs and ISTPs both value objectivity, which may help ENTP/ISTP couples “agree to disagree” when it comes to those areas where their values are mismatched.

ENTPs place a high value on innovation; they believe everything can be analyzed and changed for the better. Conversely, ISTPs are traditionalists who rarely embrace change without a very good cause.

There is some commonality in how ENTPs and ISTPs express their love, which only bolsters the potential compatibility of these personality types.

Like their ENTP counterparts, ISTPs express love with physical touch. They also spend quality time with their partners, a significant gesture for the introverted personality type.

The third of the ISTP’s favored love languages is performing acts of service. Given their more reserved natures, it makes sense ISTPs would choose a nonverbal way of showing affection.

ENTP and ISTP in Bed

ENTPs have passionate, adventurous sexual energy and often have high sex drives. A common misconception is that ENTPs have a hard time being faithful, but this is not true. Generally, ENTPs find more value in sex than only physical pleasure; they use it as a way to deepen their romantic bond.

ISTPs also have passionate sexual energy; they are often willing to try new things, especially if doing so will give their partner pleasure. Partners in a healthy ENTP/ISTP relationship can expect to have some very satisfying sex.

In an ENTP male/ISTP female relationship, there’s a chance the ISTP female may feel marginalized or overwhelmed by her energetic, expressive ENTP partner. There’s also the possibility the ENTP male may be frustrated by his partner’s apparent unwillingness to engage. When ENTP male/ISTP female couples can get past these obstacles, they have good potential for happiness.

ENTP female/ISTP male couples also have a good chance of success. Sometimes, though, the ENTP female can become frustrated by her introverted partner’s limitations regarding socialization. Also, there’s the chance the ISTP male may be exhausted by his counterpart’s energy. 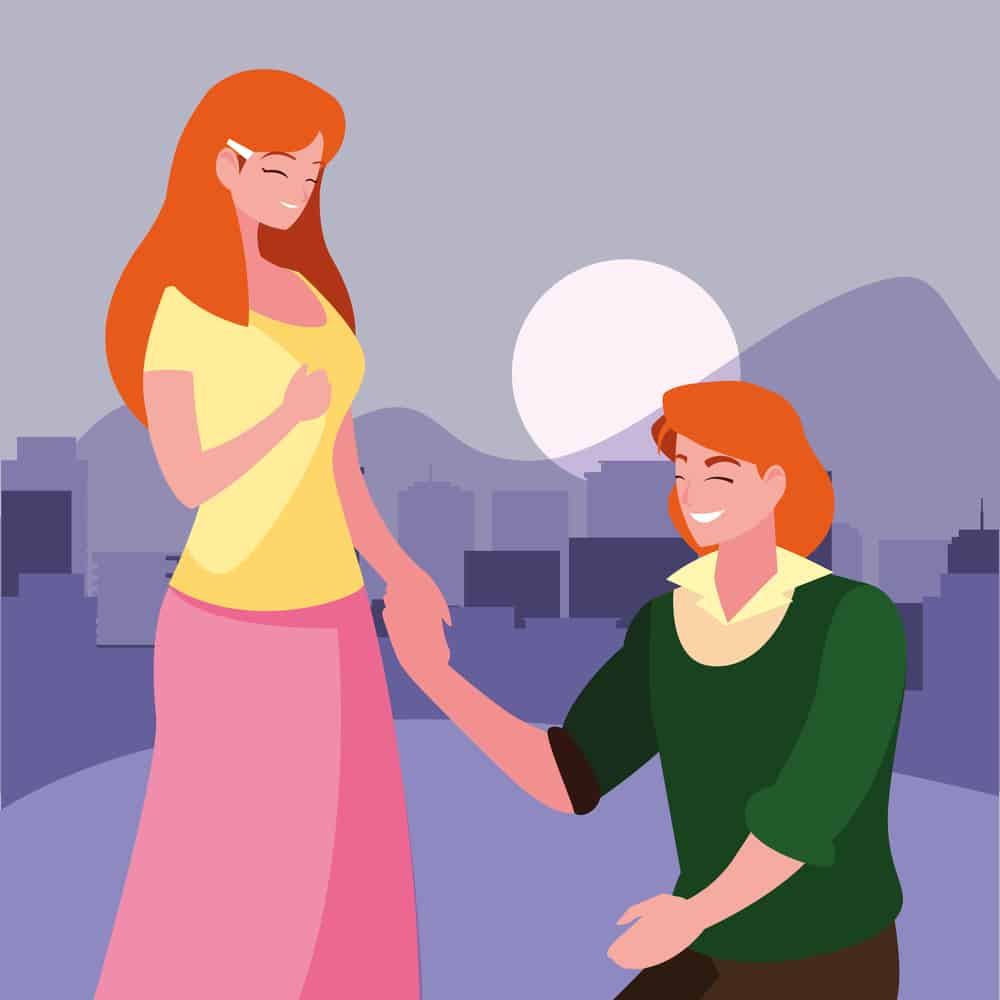 ENTPs and ISTPs are both rational personality types willing to try and see from different perspectives; as such, when conflict arises between partners in an ENTP/ISTP relationship, they stand a good chance of working it out.

Possible Areas of Conflict (and Why)

No Myers-Briggs personality type pairing is ideal; every human relationship will have to deal with some amount of discord. Conflict often arises between ENTPs and ISTPs because:

Though ENTPs and ISTPs prioritize many of the same things, some conflict is likely to arise as ISTPs are traditionalists and ENTPs live to shake things up. Fortunately, both ENTPs and ISTPs value objectivity and will at least attempt to see things from the other’s perspective.

Different manners of communicating can also cause trouble for the ENTP/ISTP couple. It will likely take some time for ENTP/ISTP romantic partners to begin to understand how their counterparts choose to express themselves.

As mentioned earlier, ENTPs and ISTPs have different tolerances for socialization. Partners in an ENTP/ISTP relationship must learn to understand each other’s social needs, or conflict is likely to result.

How do ENTP and ISTP Resolve Conflict?

As rational, thinking personality types, ENTPs and ISTPs aren’t likely to become overly emotional when resolving conflict. Both types appreciate the value of objectivity, which stands them in good stead when facing problems.

Energetic and expressive as they are, it should come as little surprise that ENTPs like to deal with potential misunderstandings immediately before they become larger problems. ISTPs, on the other hand, tend to put off difficult discussions; this mismatch, while not insurmountable, can cause problems for the ENTP/ISTP couple.

How do ENTP and ISTP Build Trust?

ENTPs build trust primarily through shared experience. ENTPs are more likely to trust people with whom they can connect over intellectually stimulating conversations. Though not overly trusting, ENTPs aren’t reticent to trust either.

ISTPs, on the other hand, aren’t as easy to get to know. ISTPs take their time before placing too much trust in anyone; people who communicate logically are more likely to earn the trust of an ISTP.

Because they often have a wide range of interests, ISTPs make casual friends with relative ease. When forced or inclined to be social, they are often laid-back and congenial.

ISTPs are generally guarded people, though, and getting to know them on a deeper level can prove challenging.

When it comes to making friends, the last thing an ENTP looks for is a “yes” person. ENTPs value lively debate with friends; they seek out friends who will challenge and stimulate them intellectually.

ENTPs and ISTPs have enough in common to be mutually-stimulating friends and are different enough to provide both members opportunities for personal growth.

What makes ENTP and ISTP Good for Each other as Friends?

ENTPs and ISTPs share a sense of adventure and a logical approach to the world. Their differences, though, are what can really benefit members of an ENTP/ISTP friendship. For example, when making plans, ENTPs focus on the “big picture” and sometimes neglect important details.

A practical ISTP friend can keep the ENTP grounded and ready for practical realities.

Can ENTP and ISTP be Close Friends?

Personality profiles are useful tools, but every pairing of individuals is unique. ENTPs and ISTPs, despite their differences, can and do maintain close friendships.

What are some Areas that might Cause ENTP and ISTP Problems as Friends?

ENTP/ISTP friends will have to deal with many of the conflicts that arise between ENTP and ISTP romantic partners. Misunderstandings caused by different styles of communication, arguments over differing value positions, and different tolerances for social activity can all cause trouble for ENTP/ISTP friends.