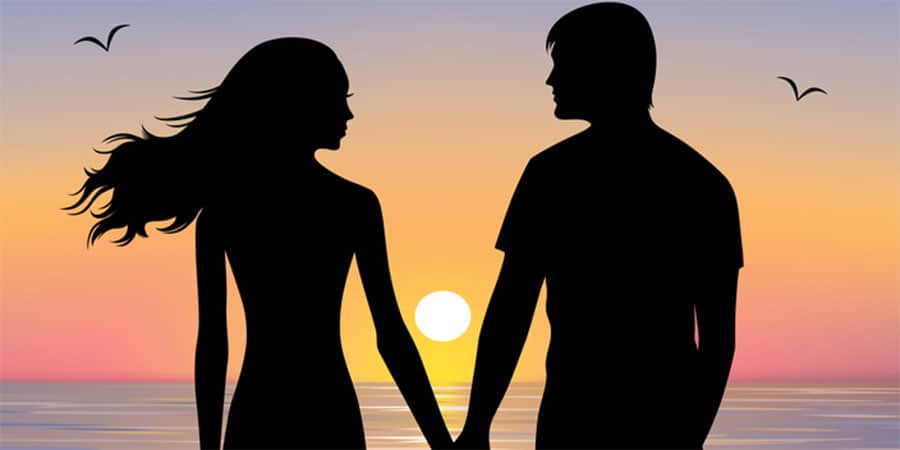 ESFJs and ESTJs have a lot in common, from similar values to general perspectives on the world; as such, these Myers-Briggs personality types are generally considered highly compatible. That said, there are differences between these two types, which could potentially cause problems for partners in an ESFJ/ESTJ relationship.

CONTENTS hide
1) I. COMPATIBILITY
1.1) THREE REASONS WHY ESFJs AND ESTJs ARE GOOD FOR EACH OTHER
1.2) THREE REASONS WHY ESFJs AND ESTJs ARE NOT GOOD FOR EACH OTHER
2) COMMUNICATION
2.1) WHERE ARE THEY STRONG, AND WHY?
2.2) WHERE DO THEY HAVE PROBLEMS, AND WHY?
2.3) HOW MIGHT THEY IMPROVE COMMUNICATION?
2.4) WHERE DO THEY CONNECT? WHY?
3) ESFJ AND ESTJ: VALUES
3.1) THREE THINGS AN ESFJ VALUES
3.2) THREE THINGS AN ESTJ VALUES
3.3) HOW DO THEIR VALUES MATCH UP?
4) LOVE LANGUAGE/LOVE STYLE
4.1) WAYS ESFJs SHOW THEIR LOVE
4.2) WAYS ESTJs SHOW THEIR LOVE
4.3) ESFJ AND ESTJ IN BED
5) II. ESJF AND ESTJ COUPLES/MARRIAGE
5.1) ESFJ MALE/ESTJ FEMALE
5.2) ESFJ FEMALE/ESTJ MALE
6) III. ESFJ AND ESTJ CONFLICTS
6.1) POSSIBLE AREAS OF CONFLICT (AND WHY))
6.2) HOW DO THEY RESOLVE CONFLICT?
6.3) HOW DO THEY BUILD TRUST?
7) IV. ESFJ AND ESTJ FRIENDSHIPS
7.1) ESFJ AND ESTJ APPROACH TO FRIENDSHIP
7.2) ESFJ AND ESTJ FRIENDSHIP DYNAMICS
7.3) WHAT MAKES THEM GOOD FOR EACH OTHER AS FRIENDS?
7.4) COULD THEY BE CLOSE FRIENDS?
7.5) WHAT ARE SOME AREAS THAT MIGHT CAUSE THEM PROBLEMS AS FRIENDS?

THREE REASONS WHY ESFJs AND ESTJs ARE GOOD FOR EACH OTHER

With their many similarities, ESFJs and ESTJs can be good for each other in many ways, including:

ESFJs and ESTJs share many of the same values; they tend to be traditionalists, for example, and both types place a high value on organization.

Though potentially problematic, the feeling/thinking dynamic between these Myers-Briggs personality types often proves beneficial to partners in ESFJ/ESTJ relationships. Each partner can open the other’s eyes to perspectives they likely haven’t considered.

ESFJs and ESTJs both place a high value on organization. This personality trait manifests in both scheduling and organization in their physical environments.

Being rated as highly compatible is no guarantee ESFJs and ESTJs will always get along. When trouble arises between partners in an ESFJ/ESTJ couple, it’s usually for one of the following reasons:

2) These types look for different things in relationships

Though the communication styles of ESFJs and ESTJs are, in many ways, compatible, there is still the potential for misunderstanding. For example, ESFJs and ESTJs are both enthusiastic communicators and, under the worst conditions, are likely to talk right over or past one another.

ESFPs and ESTPs look for different things regarding relationships. As feeling types, ESFJs seek an emotional connection with their friends and romantic partners; ESTJs, on the other hand, look for more of an intellectual connection.

When two active, extroverted personality types pair up in romantic relationships, scheduling quality one-on-one time can prove challenging. Partners in an ESFJ/ESTJ relationship must make it a point to spend time “alone together.” 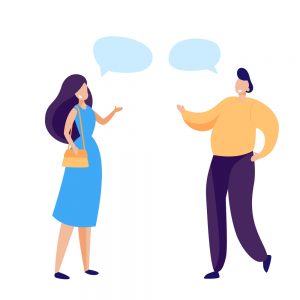 Communicating effectively can prove challenging for any couple, and the ESFJ/ESTJ couple isn’t immune to communicative difficulties. Still, ESFJs and ESTJs are generally effective communicators and problem-solvers and so stand a better-than-average chance of navigating misunderstandings as they arise.

ESFJs and ESTJs are both enthusiastic communicators who relish lively conversation. These types tend to be practical and straightforward in their communication; neither has much patience for overly abstract or metaphorical language.

When ESFJ/ESTJ couples experience problems communicating, it’s often for one of two reasons: First, the straightforward, even blunt communication style of the ESTJ can cause trouble if it isn’t tempered, here and there, with a healthy dose of tact.

Another common reason ESFJs and ESTJs run into problems communicating is that both types prefer talking to listening. Two enthusiastic talkers can run into trouble when one or the other feels they aren’t getting equal talking time.

WHERE DO THEY CONNECT? WHY?

ESFJs and ESTJs often seek out friends and potential partners with similar interests and hobbies. However, common interests may not be necessary for these types to connect, as both are highly social and eager communicators likely to be attracted to one another.

Few things define a person, or personality type, quite so entirely as what they value. ESFJs and ESTJs take their values very seriously and generally seek out others who share them.

As feeling personality types, ESFJs place a high value on the feelings and well-being of others. Far more than their ESTJ counterparts, ESFJs are interested in getting to know people on a deep level.

Like their ESTJ partners, ESFJs tend to be traditionalists; they take comfort in rules and regulations and look askance at those who champion radical change.

Organization is something else ESFJs and ESTJs value highly. This trait manifests in several ways, including how these types schedule and the condition of their surroundings.

While ESFJs are guided most often by their concern for others, ESTJs are generally a more logic-driven personality type. It isn’t that ESTJs don’t care about people; they’re just more comfortable, and often more effective, operating in the realm of logic.

Like their ESFJ counterparts, ESTJs tend to be traditionalists; Unlike other personality types that look to shake up and change existing systems, these types respect and even cherish institutions that have served humankind, however imperfectly, for generations.

As extroverts, ESTJs value spending time with others. Like ESFJs, socializing is essential to the ESTJ; they spend time around others to recharge.

The values of ESFJs and ESTJs line up exceptionally well. Both types value tradition, organization, and socializing. What values differences these types have are complementary and may be leveraged into opportunities for growth. 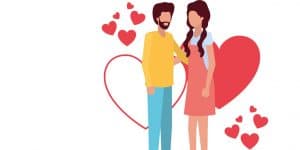 As with many aspects of their personalities, there’s much overlap in how ESFJs and ESTJs show affection. For example, both personality types perform acts of service and spend quality time with their partners to show their love.

Spending quality time with their significant others is the most common way ESFJs show their love, a considerable choice given the difficulty many extrovert couples have scheduling time alone together.

The second most popular love language for ESFJs is speaking words of affirmation, followed by performing acts of service for their loved ones.

Like their ESFJ counterparts, the ESTJ’s top love language is spending quality time with their partners. Performing acts of service for their significant others is another shared love language between these types and is the second most common way ESTJs show their love.

Rounding out the top three love languages of ESTJs is physical touch.

ESFJ AND ESTJ IN BED

ESFJs are generally sensual people with active and even seductive sexual energy. As feeling personality types, ESFJs are concerned about their partner’s experience and do all they can to make intimacy fulfilling for both partners.

ESTJs have passionate, even intense sexual energy. Their assertive personalities can manifest in the bedroom, and this Myers-Briggs type is likely to initiate intimacy more often than their ESFJ counterparts.

HOW DO ESFJ AND ESTJ MATCH UP IN LONG-TERM ROMANTIC RELATIONSHIPS?

ESFJ and ESTJ personality types are generally regarded as highly compatible Myers-Briggs personality types, and the ESFJ male/ESTJ female couple has a higher-than-average chance at relationship success. Problems may arise, though, should the ESTJ’s sometimes blunt communicative style be perceived as aggressive by her feeling partner.

Like its converse, the ESFJ female/ESTJ male couple also has a more-than-reasonable shot at long-term happiness. With this pairing, there is a chance the ESFJ female may be put off or feel challenged by her partner’s sometimes tactless style; conversely, there’s a chance the ESTJ male may find his feeling partner to be overly sensitive or impractical.

Some degree of conflict is inevitable in every relationship, and this isn’t necessarily a bad thing. Uncomfortable and potentially troublesome as differences of opinion, values, and perspectives can be, they also represent opportunities for mutual growth; couples that make the most of their differences often enjoy long, rewarding relationships.

POSSIBLE AREAS OF CONFLICT (AND WHY))

Conflict tends to be rare between ESFJ/ESTJ partners, but when problems do arise, its often for one of the following reasons:

Though ESFJs and ESTJs have broadly similar communication styles, some differences are apt to cause difficulties. For example, the ESTJ’s straightforward, sometimes tactless style can cause misunderstandings between themselves and a feeling partner.

ESFJs and ESTJs tend to seek different things from their relationships. ESFJs look for friends and potential romantic partners with whom they might form a deep emotional connection. ESTJs, on the other hand, are looking for more of an intellectual spark between themselves and their partners.

As mentioned earlier, it can be challenging for extroverted romantic partners to find time to spend with just each other. Unless partners in ESFJ/ESTJ romantic pairings make it a point to schedule time together, they’re likely to experience problems eventually.

As thinking types, ESTJs choose to face conflict head-on whenever possible. This can serve the ESTJ well, as they’re likely not to let extraneous emotion cloud their judgment; it can also prove problematic, though, as their logical, sometimes blunt approach to problem-solving often neglects to consider the feelings of others.

ESFJs generally also prefer to deal with potential conflict sooner rather than later, as they dislike people being upset with or because of them. They may not be as quick as their ESTJ counterparts to address potential conflict, but once the matter is brought up, ESFJs tend to look for mutually-agreeable solutions to problems.

ESTJs are generally giving people who show their affection for those they love by providing for them in some way; this generous nature is often taken advantage of. Because of this, ESTJs often learn to discern who is worthy of their trust. ESTJs tend to be more trusting of people who are active listeners.

Like their ESTJ counterparts, ESFJs are giving personality types who are often taken advantage of before being forced to make more careful choices regarding who they trust. As feeling types, it can be more challenging for ESFJs to get over these early betrayals than it is for ESTJs.

ESFJs and ESTJs share many personality traits and the areas where they differ often prove mutually beneficial to the ESFJ/ESTJ pairing. It should come as little surprise that ESFJs and ESTJs have the potential to form enriching, long-term friendships.

ESFJ AND ESTJ APPROACH TO FRIENDSHIP

Even more than their ESTJ counterparts, ESFJs attract and cultivate large groups of friends. ESFJs throw themselves into their friendships, providing nearly unflagging emotional support.

ESFJs and ESTJs are likely to find one another attractive prospects as friends. These types share enough in common to relate on more than a surface level and are different enough to keep a friendship growing, not to mention fun.

There are many reasons ESFJs and ESTJs can be good for each other as friends. For example, the thinking/feeling dynamic between these two types, while potentially troublesome, can also prove mutually beneficial to ESFJ/ESTJ friends. The ESTJ can help their feeling partner when a practical decision must be made, and the ESFJ can remind the ESTJ to consider how their actions might affect others.

ESFJs and ESTJs are generally considered to be highly-compatible Myers-Briggs personality types. Both extroverted personalities with largely down-to-earth perspectives on life, ESFJs and ESTJs can, indeed, become close friends.

Though ESFJs and ESTJs have the potential to form strong friendships, certain areas may cause ESFJ and ESTJ friends some difficulty. Differences in values, communicative style, and perspective may all prove problematic for ESFJ/ESTJ friends.