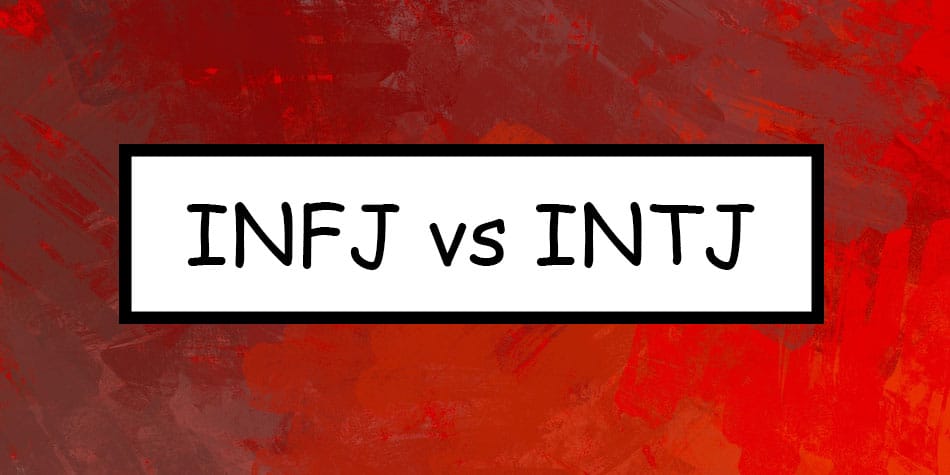 There is no question that INFJs (Introverted, Intuitive, Feeling and Judging) and INTJs (Introverted, Intuitive, Thinking and Judging) have similarities. Both have an active intellectual life and are each internally focused, often getting lost within their own heads. As a result, they both prefer to work independently. Still, INFJs and INTJs do have significant differences.

INFJs and INTJs may actually be more different than they are alike. In the simplest terms, INFJs are all about empathy and emotion while INTJs are defined by logic and practicality. INFJs are consumed by the needs of other people; INTJs, on the other hand, are independent and not particularly concerned about what other people think. INFJs are supportive listeners while INTJs tend to be more reserved and distant.

INFJs are known for their empathy and idealism, generally being gentle souls who are very creative and have a unique ability to intuit the emotional state of others. INFJs are great listeners and care deeply about helping other people. They can also be prone to anxiety and tend to do best in a structured environment. Ideal professions for an INFJ would be human resources, writing, counseling or physical therapy. Famous INFJs include Adam Sandler, Nelson Mandela, Carol Moseley Braun and Carrie Fisher.

INTJs are hard-working perfectionists, usually preferring to work independently rather than as part of a team. They have an active intellectual life and will use logic to construct and consider big picture theories and abstract concepts, in which smaller details are not as interesting to them. To an INTJ, emotions are a mystery, so they may unintentionally come off as cold and unfeeling. Ideal professions would be an executive, a logistician, an actuary or a project manager. Famous INTJs include Steven Hawking, Emily Brontë, Lewis Carroll and Michelle Obama.

CONTENTS show
1) What are the Most Important Differences between INFJs and INTJs?
2) INFJs vs INTJs – Five Comparisons and Contrasts
2.1) Happiness
2.2) Decision Making
2.3) Appearance
2.4) Friendship
2.5) Anger

What are the Most Important Differences between INFJs and INTJs?

The essential difference between INFJs and INTJs is that INFJs tend to prioritize emotions in cases where INTJs prefer abstract thoughts. This means that despite the otherwise identical ordering of their cognitive functions, they can sometimes appear to be opposites.

INFJs are feeling-oriented personalities. INTJs are focused on rationality. Still, both personalities can find happiness with a rich work life and meaningful friendships.

INFJs are at their happiest when they are fighting for a cause. They strive to make the world a better place and if they can use their creativity and intelligence to do it, it’s all the better. They also need a few solid friendships and plenty of personal space to feel truly at peace in their lives. Here are some features of INFJ happiness:

INTJs need structure and balance in their life to be fully happy. They might be inclined to seek satisfaction primarily through work. To truly enjoy life, however, they must also make time for friends and hobbies. Here are some features of INTJ happiness:

If an INTJ had a project that brought him joy, he would tend to get completely engrossed in it. He would block out the world and ignore everyone else while he gleefully forged ahead. The INFJ, on the other hand, would also love working on his project but would drop it in a second to cater to someone else. 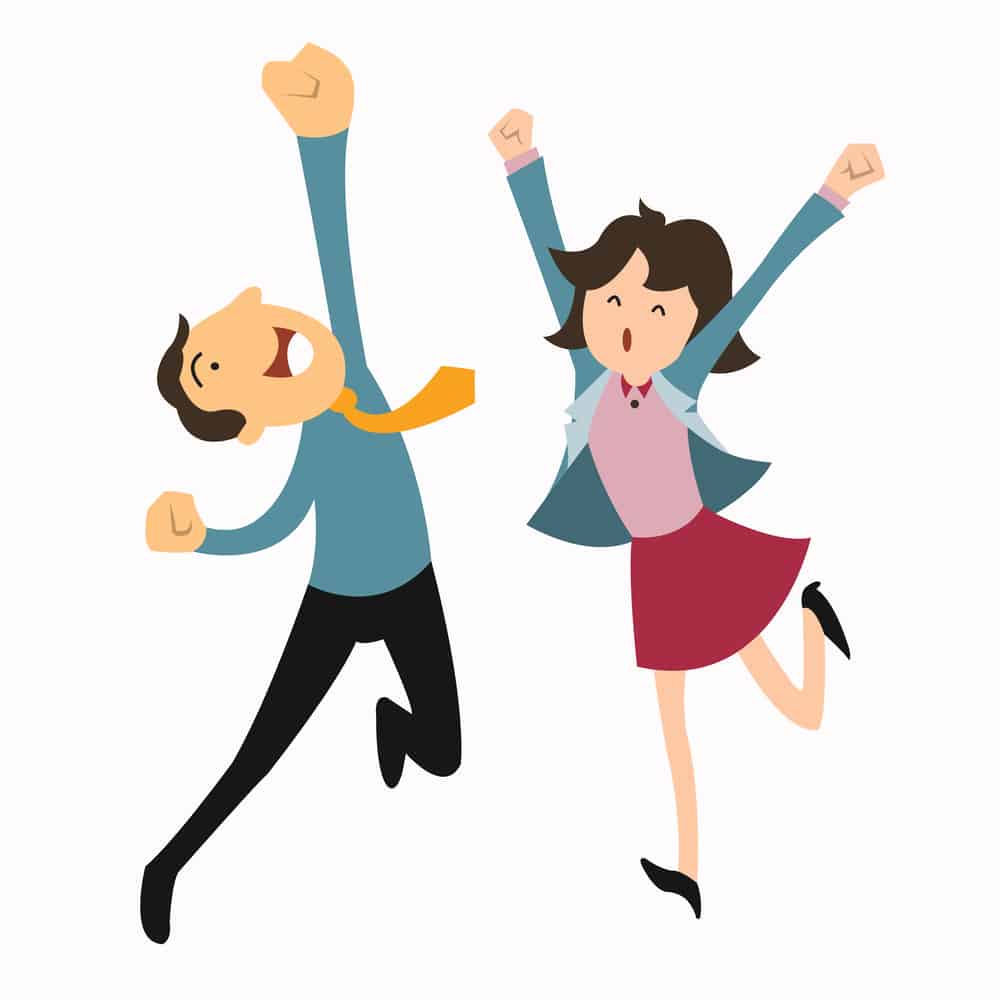 In terms of decision making, INFJs and INTJs are near opposites. INFJs feel overwhelmed and often guilty when having to make a decision. INTJs, on the other hand, can easily make decisions as long as they have enough time and all of the necessary information.

INFJs feel compelled to study any and all relevant facts when making a decision. That combined with trying to anticipate every possible outcome may cause them to feel hopelessly overwhelmed. Consequently, INFJs often delay making decisions. Unfortunately, this trait has a tendency to cause difficulties in their lives. Here are some characteristics of INFJ decision making:

INTJs have no problem making decisions. Unlike INFJs, they enjoy sorting through all of the pros, cons and possibilities. They are thinkers, not feelers, so they will logically evaluate the best course of action without fretting over the potential emotional consequences. Here are some characteristics of INTJ decision making:

The boyfriends of an INTJ and an INFJ have both just proposed marriage. An INTJ would logically apprise the relationship and weigh the pros and cons of what a life commitment would mean for her. She would then make a well-thought-out and rational decision without anyone else’s input. An INTJ would be very emotional, imagining the countless outcomes of what her future would be like if she said yes. She may distrust her own instincts and would immediately consult friends and family for advice.

INFJs and INTJs both care about their appearance and want to look appropriate. Neither of them are particularly interested in making themselves stand out from the crowd.

INFJs spend a lot of time worrying about what other people think of them because they want so desperately to make a good impression. They may tend to mirror others rather than coming up with their own style. Here are some INFJ appearance characteristics:

To an INTJ, practicality is key. They won’t have anything in their wardrobe that is flashy or that will draw unwanted attention to themselves. They want comfort with minimal fuss. They don’t care about the latest fashion or about impressing others. They do want to make sure to be appropriate for the situation, however. Here are some INTJ appearance characteristics:

A company has announced their annual Christmas party and is asking employees to wear an ugly Christmas sweater. An INFJ may not have an appropriately ugly sweater in her wardrobe but would promptly go out and buy one. She wouldn’t want to stand out from her peers by not playing along. An INTJ wouldn’t have any Christmas-themed clothing at all, ugly or not. She would also refuse to buy something silly that she would only wear once. She’d attend the party wearing the closest approximation she had — probably a conservative, dark-colored sweater.

Both INFJs and INTJs take their friendships very seriously. They may not have scores of friends but for the small number they do have, they’re loyal and trustworthy.

INFJs usually have a small number of deeply meaningful friendships. They would do just about anything for a stranger — imagine how important their friends are to them! If it’s emotional sensitivity you are looking for in a friend, you won’t do much better than an INFJ. Here are some characteristics of INFJ friendships:

INTJs are very picky about who they let into their lives. They usually have a few really close relationships that have survived a long time because of mutual respect and shared values. They may not be the first person to call for emotional support but they will be there to offer any number of logical solutions to a problem. Here are some characteristics of INFJ friendships:

For an INFJ, an ideal evening with a best friend would include a lot of one-on-one time and deep conversation. It would be even better if the INFJ could help their friend with a problem, like with a relationship or if they needed advice about starting a new business. For some ideal best friend time with an INTJ, they would both stay in to watch a movie and then discuss it. If there were silences now and again, it would be just fine.

Like anyone else, INFJs and INTJs are both capable of getting angry. They handle the emotion very differently, however.

It’s hard for many people to imagine a gentle and nurturing INFJ getting angry — maybe that’s because they do their best not to show it. For them, anger is often followed by self-doubt. While grappling with the feeling, they may wonder if they really have any right to be angry at all. Because the emotion itself makes them uncomfortable and embarrassed, they may attempt to keep it to themselves. Here are some characteristics of INFJ anger:

Like with their other emotions, INTJs like to keep their anger in check. When angry, they will generally not rant and rave but will coolly address the situation, especially if they feel justified in doing so. Here are some characteristics of INTJ anger:

If an INFJ and an INTJ each had a roommate who refused to clean up after themselves, the results would be totally different. The INFJ would be angry about having to live in a dirty space but would be sheepish about saying anything. They would be fearful of hurting their roommate’s feelings. The INTJ would have no qualms about confronting the offending roommate. They would demand that changes must be made and certain standards of cleanliness be maintained.

INFJs and INTJs share three cognitive functions and differ on one — feeling and thinking. That is enough of a variance to make them approach the world in very different ways. Still both personalities strive to be productive members of society and will ultimately make a positive impact on the world but in their own unique ways.