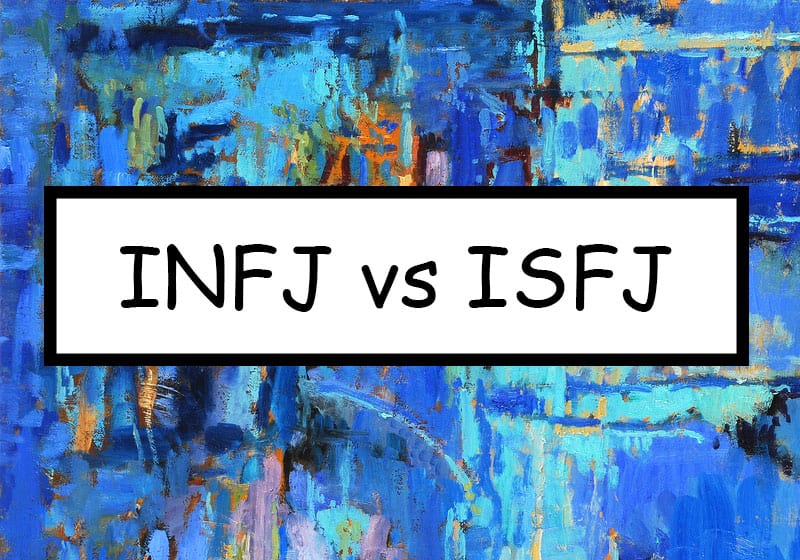 Both are mild-mannered and serious-minded. They are highly invested in caring about people — so much so that they often overlook their own needs. Perfectionism can be an issue for both personalities. Each one holds fast to their value systems and usually prefers working within a well-organized environment.

In spite of their similarities, INFJs and ISFJs perceive the world differently. INFJs are more imaginative and creative while ISTJs are concerned with concrete facts and reality.

INFJs are known for being highly intuitive, often seeming to have an uncanny insight into other people’s feelings. They are creative, even-tempered individuals who strive to create harmony in any chaotic situation. They have a tendency to feel like outsiders even among friends and will often report feeling that no one truly understands them.

ISFJs, like INFJs, are also focused on helping people and frequently find themselves in a care-taking role. They have a need to be needed and are relentlessness when working on behalf of others. Their work ethic is second to none and they generally prefer traditional methods over novel, untried ideas.

What are the Key Differences between INFJs and ISFJs?

INFJs and ISTJs are overall very similar, sharing many characteristics. However, while INFJs tend to look at the whole picture, ignoring what they deem to be trivialities, ISTJs, on the other hand, zero-in on smaller details, poring over each relevant piece of information before forming a conclusion.

To truly feel fulfilled, INFJs and ISFJs both need an objective of consequence that results in the love, admiration and approval from other people.

In order to be happy, INFJs need to feel that they are making a meaningful contribution to the world. They also need a few good friends that will be there for them as well as a stable environment allowing for plenty of self-reflection time. Here are a few features of INFJ happiness:

ISFJs love their work and their family. Both are priorities but allegiance to family will usually win out. ISFJs do so much for other people, they need to make sure to take time for themselves and make an effort to step up and get credit for all the work they do. Here are some features of ISFJ happiness 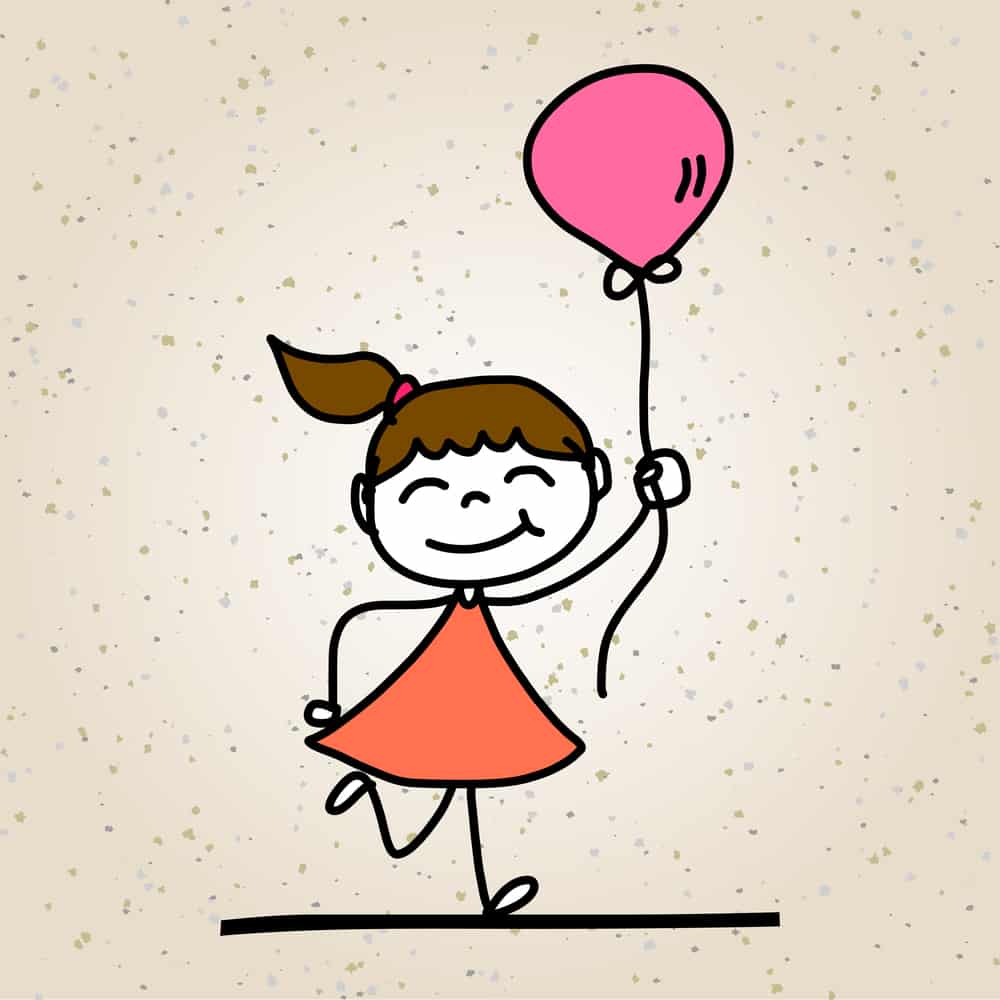 Both personalities are planning a trip to Disneyland, the happiest place on earth. The INFJ will set a date, buy the tickets, call her friends and go expecting to have a great time.

The ISFJ, on the other hand, would plan out every detail. Which rides to go on and in what order. Every meal in every restaurant would be pre-arranged. Her friends wouldn’t have to worry about anything because she would have handled every last detail.

INFJs and ISFJs are both empathetic personalities who strive to make decisions that will help create or maintain peace. INFJs tend to struggle with decision making more than ISFJs.

For INFJs, when making a decision, the goal is to make everyone happy. If that’s not possible, INFJs will struggle, diving into the big picture facts and exploring every possible potential consequence of their decision. It’s no wonder they often feel overwhelmed and postpone making especially difficult decisions for as long as possible. The following are a few characteristics of INFJ decision making:

ISFJs are also very aware of how their decisions are likely to affect other people but they are able to keep their cool and not become overwhelmed. They will painstakingly research all relevant facts and come to a sound decision that is as fair as possible for everyone involved. They will tend to use traditional solutions in their decision making. The following are a few characteristics of ISFJ decision making:

An office is unhappy with its cleaning service and an INFJ has been tasked with handling it. He will interview his coworkers about the issues and then talk to the cleaning service, trying to understand their perspective. He will go back and forth for quite sometime and his bosses will become unhappy that he hasn’t taken any action.

An ISFJ would also gather all of the facts. He would approach the cleaning service and explain their shortcomings, spelling out exactly what needed to change and give them one more chance. If they failed, the ISFJ would sympathetically let them go.

INFJs and ISFJs both understand the value of presenting themselves well. The INFJ may be a little more erratic in their style, however, while the ISFJ will be consistently well dressed.

INFJs are either all in — looking their absolute best — or not, letting their appearance slide a little bit. This can change from day to day and is very dependent upon their mood. They do care about what other people think and don’t wish to make a bad impression, especially at work. They will always maintain a minimum standard of grooming, if nothing else. Here are some appearance characteristics of INFJs:

ISFJs want to be appropriate for the occasion but not stand out or cause a stir with their appearance. They prefer traditional or conservative styles. Their hair will be neatly arranged — short for men and a tidy style for women. Here are some appearance characteristics of ISFJs:

A friend invites an INFJ out to lunch. She doesn’t really feel like getting dressed up, so she’ll throw on the pullover she wore to work yesterday with a pair of comfy jeans. She’ll glance in the mirror, brush her hair and skip the make up — her friend will understand.

An ISFJ, on the other hand, would already be looking great but would add a little effort for her friend. She would redo her makeup and add a perfectly knotted scarf to her already smart outfit. She’d give herself a critical look in the mirror and go enjoy lunch.

Both INFJs and ISFJ make excellent, empathetic friends. They also may have trouble being completely open to their friends about their own problems.

INFJs usually have a small circle of very dear friends. Even among their very best friends, they often feel like outsiders, like no one really knows their true selves.

Still, they would do anything for a friend and will always be ready to listen or provide support. In their friendships, they long for that same kind of commitment in return. Here a few characteristics of INFJ friendships:

If you have an ISFJ as a friend, you know how lucky you are. They are gentle and calm, ready to listen and willing to offer solid, heart-felt advice. ISFJs are like INFJs and also have a few dear friends rather than a large social circle. Their greatest problem with friendship is a willingness to open up themselves. Here a few characteristics of ISFJ friendships:

You need a maid of honor. Your two best friends in the world are an INFJ and an ISFJ. If you chose the INFJ, she’d be thrilled but may end up feeling overwhelmed with all of the details. She would give excellent support but may be frazzled by the big day.

The ISFJ would bring emotional warmth but also excellent planning skills and a calm demeanor to the special day.

INFJs and ISFJs deal with anger in a similar way. Both dislike being angry and would prefer to avoid any unpleasant confrontations.

INFJs may be nurturing and kind but that doesn’t mean they can’t get angry. If someone disrupts their peaceful workplace with petty or rude behavior, it may take them a moment to react but ultimately, they won’t stand for it. They won’t rant or rave but when protecting others, they will express their anger. Here are a few characteristics of INFJ anger:

ISFJs may try to suppress their anger rather than addressing it head on. If whatever is upsetting them persists, an ISFJ can go off, especially if it is to defend someone else. That is unusual, however, as ISFJs don’t like conflict and will usually do what they can to avoid it. Here are a few characteristics of ISFJ anger: 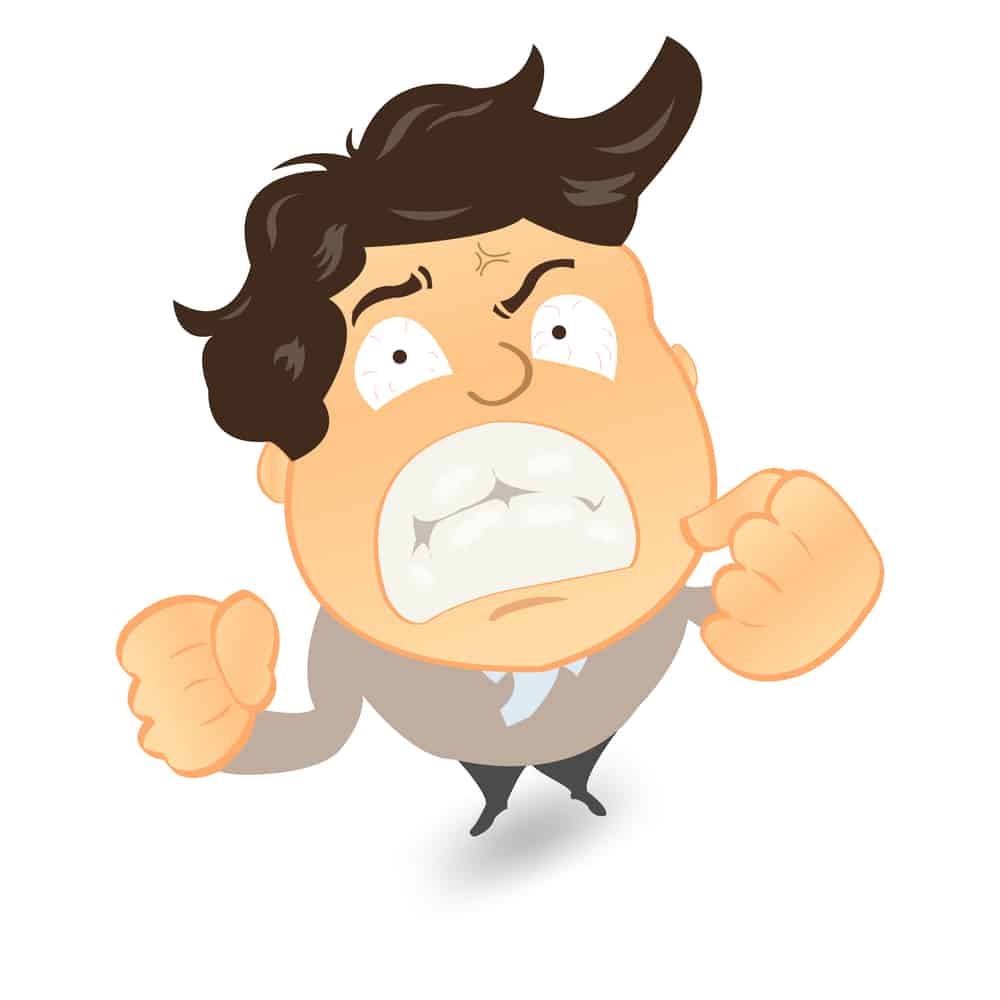 If an INFJ is mad at a sibling for constantly borrowing clothes without asking, they will stew angrily about it for a while. They will fantasize about confronting them but will probably just figure out a way to lock their door to keep the sibling out.

An ISFJ will get angry and calmly confront the sibling. If nothing changed, they would give them the silent treatment. If it happened one more time, there would be a large blow up.

INFJs and ISFJs are both gentle, caring souls who are fulfilled by helping other people reach their potential. They may perceive things differently — the INFJ via a big picture and the ISFJ through the details — but they both make invaluable contributions to the world.