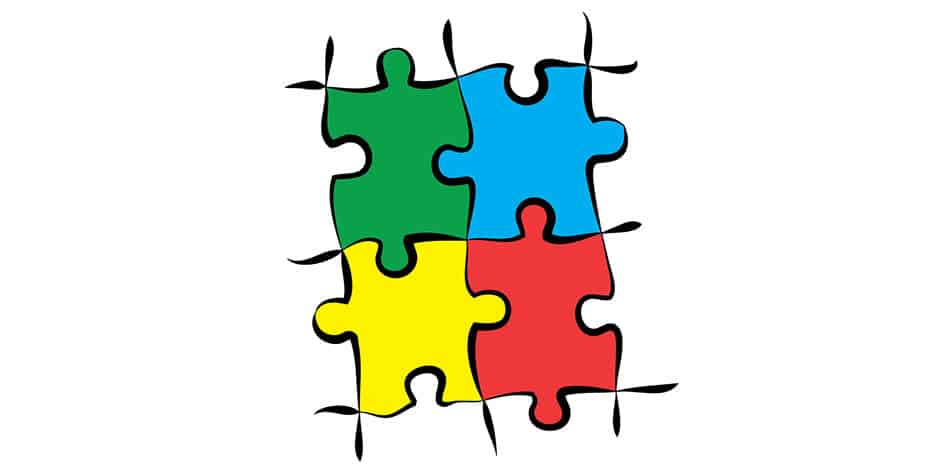 It is interesting to discover the different Myers-Briggs personality types and identify how you may relate one to another.

It can also be overwhelming to discover your own. If you have INFP personality traits, you may become suddenly quiet as you read your Myers-Briggs test results. What do you do with this information?

INFP personality types tend to look at the world with a degree of idealism, expecting to improve the world around them and leave the world better than they found it. INFPs can also become stubbornly overwhelmed when they see their core values violated or confused.

INFP personality types are creative and want to mediate if there is a problem, but are also quiet and can seem distant and uncaring.

So, what do you do with all this? How do you make sense of INFP functions to inform yourself about who you are and the things you are best at doing? And what does INFP even mean?

These are four of eight words developed in the Myers-Briggs lexicon of personality descriptions that are used to describe personalities according to certain indicators. The Myers-Briggs personality test recognizes that people are individuals and that, as such, they are all different.

According to Myers-Briggs, those differences can often be lumped into general categories that describe how people with different personalities tend to think through situations, what motivates their interactions with others, and what they do when they become stressed or overwhelmed.

The four categories above combine in different ways to create 16 general personality types that can describe certain ways most people go about thinking and behaving. The INFP, for example, is often referred to as “the healer” or “the idealist.”

Admittedly, this concept can seem a tad overwhelming at first. It can be hard to understand how the INFP personality type functions when the descriptors just seem like a list of, well, vaguely descriptive words.

According to the Myers-Briggs layout, personalities generally exist within four categories of characteristics that have two contrasting possibilities for each category. These categories then combine to describe a personality trait. Here are the categories along with their choices:

You know which choices combine to make the INFP personality type. Those are listed above. But in what way do those choices interact to describe how an INFP person functions in their day-to-day life?

The INFP functional stack consists of four primary functions: Introverted Feeling, Extroverted Intuition, Introverted Sensing, and Extroverted Thinking. Combined, these account for every distinct INFP trait, from their internalized view of the world to their barely perceptible preference for analytical thought.

But to fully understand all this, we need to make sure we know the significance of the Meyers-Briggs functional stack.

In the Myers-Briggs understanding of personalities, the four categories combine to create a functional hierarchy that describes how the personality works and what function that personality type resorts to in certain situations.

This hierarchy is called a Functional Stack. The functional stack, as is outlined below, consists of four modes:

These four modes describe the way an INFP thinks when faced with certain situations or choices. An INFP naturally resorts to their dominant function first, most likely, and the others following in order. For an INFP, it looks like this:

This shorthand version just scratches the surface of what these things really mean to an INFP and how they experience the world. It is easy to break things down in formulas and acronyms, but it is very different to understand how these ideas carry over into practical life.

This is the thought process that an INFP personality is most likely to exhibit. Their dominant function is described as an introverted feeling. This means that INFPs internalize experiences on their own.

It takes energy for INFPs to be in groups. What they really want to do is feel their way through the world solo, even when around others.

As a result of this dominant function, INFPs tend to be artistic and creative people who internalize the exterior landscape through their interior views. They see new experiences, whether in reality or in a book, as a way of understanding who they are, and they place a high value on that understanding.

However, they are not total loners. INFPs do make strong personal relationships about which they feel a deep sense of loyalty and commitment. But they do not gain energy from group relationships like extroverts do.

INFPs also feel a strong commitment to higher ideals leading them to often be involved in causes that are important to them.

The auxiliary function of the INFP is extroverted intuition. If INFPs are concerned with who they are in an introverted sense, they can be extroverted in the ways they discover who they are. They look to the world outside of themselves to inform their sense of selves.

It is the auxiliary function of extroverted intuition, for example, that drives them to value travel so highly. The new experience of different locations or even just the unique character of the journey itself creates new possibilities for INFPs to learn more about who they are and what their identity is in the world.

In a conversation, this may make INFPs sound a bit scattered, like they are free-associating when in reality, they are intuiting different ways of discussing the topic at hand. Interpersonally, this can mean that INFPs will focus on questioning an individual, any individual, on learning about that person and his or her way of life.

On the negative side, this sense of exploration can make INFPs notoriously slow decision-makers. They tend to doubt the conclusions they make and keep wanting to learn more about whatever it is they are trying to decide on.

The third function of the INFP is introverted sensing. This is the function that engenders itself in the intuiting, feeling, and perceiving facets of the INFP personality. Introversion with sensing manifests as:

INFPs value the past, especially when they have internalized it through the first two functions. INFPs are not bound to tradition but will honor traditions that they have experienced and assimilated when they believe that those traditions reflect their values and speak to the INFP’s identity.

This use of the past applies to lifestyle and memory as well. INFPs tend to have an affection for old things that express something about who they are or about their lifestyle and tend to use them for their own purposes. INFPs can be found scouring thrift stores for items to reuse.

They also use their memories this way, latching onto events in their past that were particularly meaningful and internalizing them so that they become touchstones for evaluating how to navigate new experiences.

For their inferior function, INFPs have extroverted thinking. In the hierarchy, this last function tends to work on the level of the subconscious, affecting things in ways that every personality, no matter the type, is unaware of. This makes the inferior function difficult to understand but nonetheless important.

For the INFP, the extroverted thinking of their inferior function is best described by the fact that they sometimes tend to choose careers that require analytical thinking, such as:

You would not normally associate these careers with the kind of person who just wants to travel and experience life, yet INFPs can often be found in such careers where structure and organization matter.

In the same way that this feeling-based group of people can be seen as unfeeling because they are so quiet, they also value structure even though they are seen as disorganized. They sometimes struggle to achieve the kind of control over the chaos that they want to, even becoming overwhelmed at the task of it. Still, they crave it.

Given all this article has discussed the functions of an INFP personality type, it is time to look at the careers that would be most suited to an INFP. Remember that INFPs are creative and internalize their experiences. They have strong principles, but they can also be very focused on other people, asking questions to learn about their experiences.

Look at this table to get an idea of the categories of career paths and the specific types of careers suitable within each category: 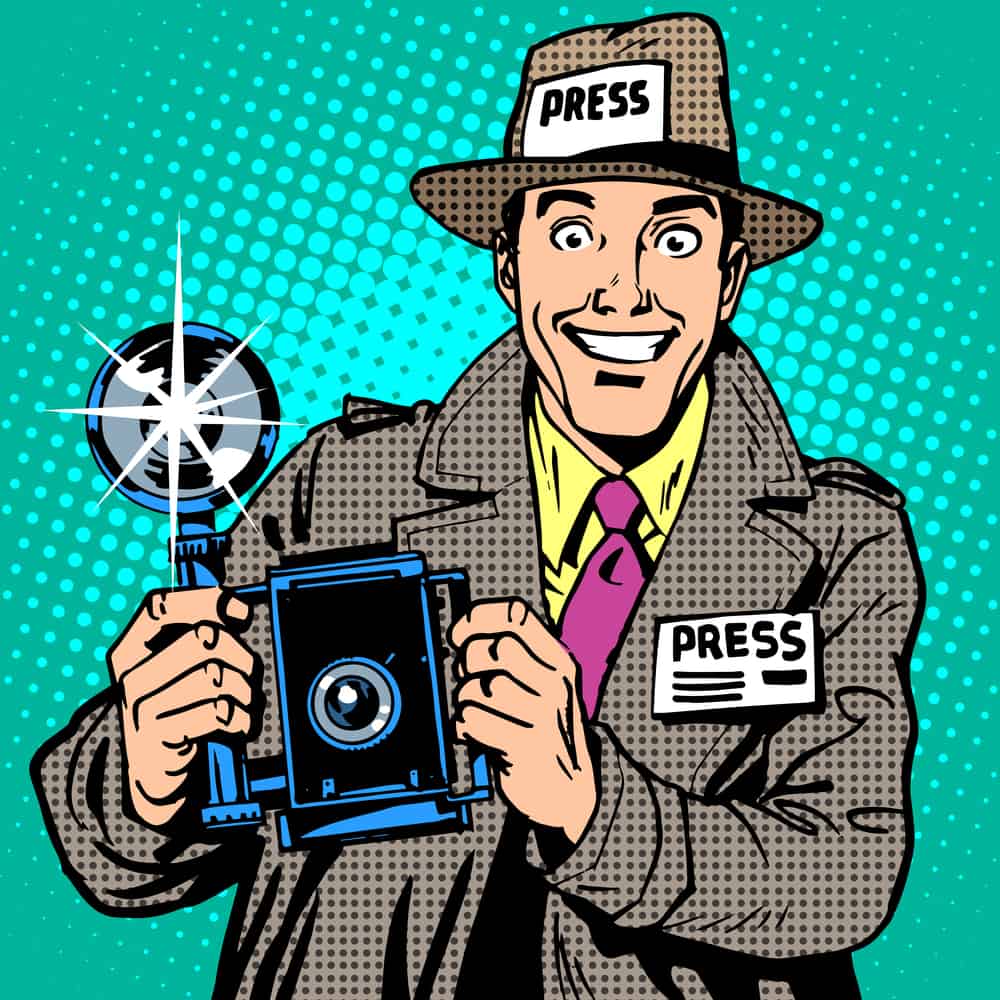 Your career is not the only important choice you make. What you do with your free time is at least as important. We all need to recharge, and it is good to know the kind of activities that help us do that.

Just as INFPs are drawn to certain career paths, they are also drawn to certain activities. These activities tend to draw out the natural qualities of their personalities and engage them in ways that are exciting and beneficial. Here are some possibilities:

Below are artistic hobbies that INFPs will be naturally drawn to:

Below are hobbies that satisfy the sentimental INFP nature:

Below are hobbies that give INFPs a sense of freedom:

One thing that everyone will wonder about at some point is the kind of person who will make a good companion for them. Whether that relationship is a friendship or a romantic partnership, most people wish they could understand their compatibility with others before having to search for someone who simply clicks.

Whether you are looking for a friend or a partner, it can take time to find the right connection. Knowing more about the different personality types can help you understand why certain people click while others do not. Here’s a chart of how compatible INFP is in relationships with the other personality types:

Other Personality Types and How They Relate to INFPs

In that table above, there are some personalities that share traits with INFPs and may be empathetic friends.

Among those with whom you click, there are also those with whom you do not. It is important to note that this does not mean you should only seek out compatible types and avoid all personality types that conflict with your personal Myers-Briggs type. It merely gives you more insight into potential shortcomings and areas you can work on.

There may be people in your life with whom you are not getting along. If that is the case, take a look at their personality types.

The phrase “be true to yourself” is never more appropriate than when you are trying to sum up what to take away from your personality type. If you have taken a Myers-Briggs test and you find yourself in the INFP category, understanding your function stack can help you relate more clearly with the world around you. You have to know yourself first.

The best use of this knowledge is to create understanding and empathy for all personalities, including your own. People change as they grow older. Rather than putting yourself or the INFPs in your life in a box, understand who they are and let them grow and perceive life in their own ways.