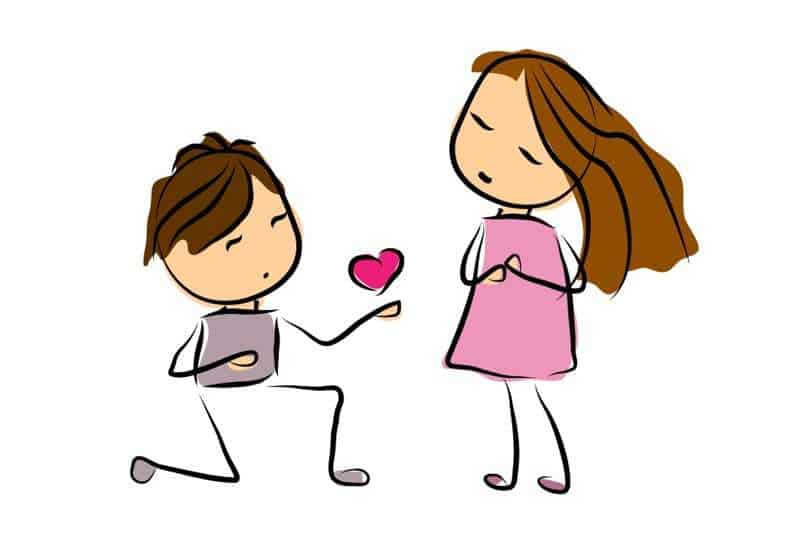 When looking at INFPs and INFJs — the two introverted and ultra-creative personality types from the Myers Briggs Type Indicator (MBTI) — it is interesting to examine how their obvious similarities and crucial differences are likely to affect how they relate to each other.

CONTENTS hide
1) INFP and INFJ Compatibility
1.1) 5 INFP Personality Type Characteristics
1.2) 5 INFJ Personality Type Characteristics
1.3) Compatibility: 6 Reasons Why an INFJ and INFP Relationship Could Work
1.4) INFJ and INFP Relationship Conflict: 6 Reasons for Possible Love Problems
2) INFJ and INFP Compatibility in Love / Sex / Romance
2.1) INFP Personality Type in Love: The INFP Love Language
2.2) INFJ Personality Type in Love: The INFJ Love Language
3) The Role of Gender in an INFJ / INFP Relationship
3.1) 4 Ways That INFP Males Differ From the Stereotypical Male
3.2) 4 Ways That INFP Females Are Unique Among Women
3.3) 4 Ways INFJ Males Are Unique Among Men
3.4) 4 Ways INFJ Females Are Unique Among Women
4) Gender Combinations
4.1) INFP Male and INFJ Female: 4 Possible Relationship Scenarios
4.2) INFJ Male and INFP Female: 4 Possible Relationship Scenarios
5) INFJ INFP Friendship
5.1) 4 Things to Know About an INFP’s Approach to Friendships
5.2) 5 Things to Know About an INFJ’s Approach to Friendships
6) Can INFPs and INFJs Be Friends?
6.1) 3 Reasons Why INFJs and INFPs Will Mesh as Friends
6.2) 3 Reasons There Could Be Problems with an INFP and INFJ Friendship

Are INFPs and INFJs Compatible Enough to Be in a Romantic Relationship?

So, do the INFP type and INFJ type get along?

INFPs and INFJs are compatible and could be good in a relationship. In addition to both being introverted, INFPs and INFJs have a lot in common. They are both caring nurturers who feel passionately about their values and belief systems. However, an INFP type tends to live unstructured and free-spirited lives whereas an INFJ type needs a framework of organization and goals to feel fulfilled. Put these two types together and they have the potential to drive each other crazy, so even though they can be compatible, there may also be bumps in the road.

INFJs are empathetic idealists who are quiet but creative with a slight rigidity to the way they approach life.

After considering both of their personality characteristics, it’s easy to imagine an INFP type and an INFJ type hitting it off romantically. They seem to be cut from the same cloth and could very well make a solid romantic match.

Compatibility: 6 Reasons Why an INFJ and INFP Relationship Could Work

Regardless of their similarities, in day-to-day life, difficulties may arise. INFPs and INFJs have very different ways of organizing their lives, so much so that it could lead to friction in the relationship.

To see more about the differences between INFPs and INFJs, check out the article INFP vs INFJ.

On first glance, an INFP seems like an ideal romantic partner. They’re so caring and loving, who could resist their charms?

INFJs are also very appealing as romantic partners. They are capable of incredibly deep love and devotion, not to mention they’ll always be the ideal shoulder to cry on.

A physical relationship between an INFP personality and an INFJ personality would likely be very intense. First of all, they wouldn’t even be together if they could not fully trust and love each other, so given that those emotions are in play, they would be completely open to one another. Each would be extraordinarily attuned with the other’s desires and strive to make them happy.

Physical infatuation can only last so long, however. As in all relationships, not everything between INFPs and INFJs will stay rosy. Because each personality is guided by their emotions, sometimes there is no one to act as the “rational one” in the relationship. Instead of one of them stepping back and evaluating what the real problems may be, their emotions will snowball unnecessarily into a dramatic puddle of hurt feelings. In a similar way, both INFPs and INFJs have a tendency to ruminate over small issues until they become big issues, at least in one of their minds. If this happens too often, it could get exhausting for the couple.

The Role of Gender in an INFJ / INFP Relationship

Along with their personality types, gender expectations and stereotypes faced by both INFPs and INFJs can affect relationship compatibility.

Most INFP guys do not fit neatly within society’s gender expectations and often possess what are considered to be traits associated with females. They are sensitive introverts who don’t usually try to compete with or dominate others. They prefer quiet conversation over boisterous activity and will shy away from most confrontations. These factors can affect how an INFP male will interact within relationships.

4 Ways That INFP Males Differ From the Stereotypical Male

It is considered normal for females to be emotional, sensitive and caring, so the female INFP doesn’t immediately stand out from other women. However, if you dig a little deeper, their personalities are a little more nuanced.

4 Ways That INFP Females Are Unique Among Women

INFJ women have warm, empathetic hearts. Still, they possess some characteristics that aren’t typical of women in general.

No one holds friendship more sacred than INFPs and INFJs. To them, friendships are rare enough that when they happen for real, they’re friendships for life. Being their friend, however, offers unique blessings and challenges.

INFPs are typically only friends with a few, carefully selected people. When you meet them, they are extraordinarily cautious about reveling too much of themselves and thus tend to take any new relationships slower other people might.

4 Things to Know About an INFP’s Approach to Friendships

Just like INFPs, INFJs take their friendships very seriously. They are much more comfortable hanging out with trusted friends than being stifled by a large, chaotic group of people.

5 Things to Know About an INFJ’s Approach to Friendships

Can INFPs and INFJs Be Friends?

INFPs and INFJs can be great friends. After a lifetime of being misunderstood by others, they will be thrilled to find someone who understands so many facets of their personality. Ideally, they will realize that in spite of their commonalities, potential pitfalls in how they will relate to one another may eventually develop. If they can communicate to resolve any misunderstandings or hurt feelings, then they can have a long and fulfilling friendship.

3 Reasons Why INFJs and INFPs Will Mesh as Friends

So the takeaway is that whether it’s a friendship or a romantic relationship, INFPs and INFJs have the potential to be a great match. They will, however, need to work together, be aware of their flaws and make sure they have open communication to nip any misunderstandings or overreactions in the bud.

link to ENFJ and INFJ: Compatibility, Love, Marriage, and Romance

The jovial ENFJ and the sensitive INFJ might make an unlikely pair. However, the two have more in common than you might think. Compassion, mutual interests in people and humanitarian efforts, and a...

Even though two determined people can, in theory, make a relationship work, regardless of personality traits, some partnerships are smoother by design. Here is a look at how the ENFJ and the ESFJ...