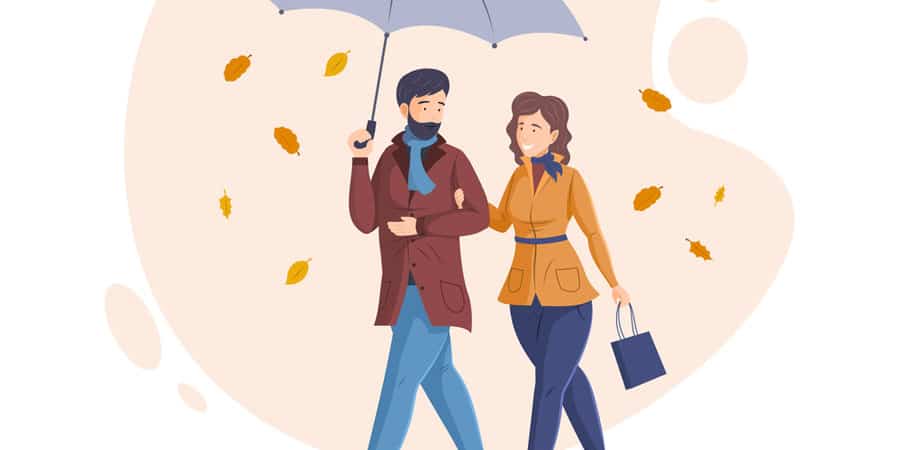 The sensitive and idealistic INFP may seem like an unlikely match for the ambitious and analytical INTJ, but this can actually be a great pair. Both seek improvement and strive to learn more about the world around them, and share a penchant for abstract thinking and finding creative ways to solve problems.

Overall Compatibility of INFP and INTJ

While both INFPs and INTJs are generally deep people, they can be quite shallow when it comes to certain areas of their lives. INTJ’s weakness is in interacting with others. Because they often don’t value social relationships as much as their other interests, INTJs can sometimes take a shallow approach to them, and as a result the relationships they form with others can lack depth or understanding.

INFPs, on the other hand, can connect with others very well, but they can fail to dive deeper into their intellectual pursuits. While INFPs are often stereotyped as just being emotional people who are kind and illogical, there is actually much more to them, and they can actually be quite inquisitive and open people who, like INTJs, also enjoy exploring complex concepts or topics. In addition to this, they are also capable of being quite intelligent and effective problem-solvers.

The issue is, however, that sometimes they can take a shallow approach to their study and exploration of new things and just gloss over the basics. This above-the-surface approach to topics can make them “jacks of all trades, but masters of none.”

Often referred to as “The Mastermind,” an INTJ in a relationship with an INFP can certainly help them with this problem. And likewise, an INFP can definitely help an INTJ better understand their own as well as other’s emotions.

The first reason why INFPs and INTJs can be good for each other is that both of these types are intuitive. Because of this shared trait, both INFPs and INTJs tend to be abstract thinkers. This means that they both enjoy exploring and discussing concepts beyond the concrete.

Intuitive people can often feel misunderstood or looked down on for not being “realistic.” They can also feel like they have to hide or minimize some of their more “out there” thoughts. However, in a relationship between an INFP and INTJ, this no longer has to be the case.

The second reason why this pair can be good for each other is because of their shared interest in improving things. Whether it’s themselves or the world, both INFPs and INTJs seek growth. And when they are mature, both INFPs and INTJs can be quite open to changing if they agree it’s for the better.

The last reason why INFPs and INTJs can be good for each other is that they both understand and will likely be willing to respect each other’s boundaries and needs for personal space. As introverts, both INFPs and INTJs need valuable time alone, and this is something they likely will not have to fight about or explain to each other in the relationship.

While there are reasons why INFPs and INTJs can make a great pair, there are also a few reasons why they can be bad for each other as well.

One reason why INFPs and INTJs may not be good for each other is because of their contrasting social values. While INFPs desire connecting with others, INTJs often couldn’t care less about this, especially if it comes in conflict with their strong passions for truth and honesty.

INFPs often care about what people think of them and regularly adjust accordingly, while INTJs, even when they do care what someone else thinks, often still do not do much to adjust themselves accordingly.

This can be confusing, frustrating, or maybe even embarrassing to the INFP who may not want to look bad to their INTJ partner, while the INTJ may not approve of or respect the INFP’s need to always fit in or their willingness to change themselves for others.

Another reason why INFPs and INTJs may not be good for each other is because of their opposing approaches to life. While INTJs are serious and ambitious planners who strive to live steady, stable, and accomplished lives, INFPs are less organized and put-together.

While INFPs can be quite ambitious and hardworking, even the most driven INFPs are still quite laid-back about planning and organizing, and those who take those steps seriously often still fail to follow through with everything by the times scheduled.

In short, while INTJs are strict and detailed with their plans and deadlines, INFPs are laid-back and easy-going, often opting to just go with the flow or make progress when they “feel like it.” This approach to their lives and their goals can be quite confusing and frustrating to INTJs who may see their INFP partners as being lazy or unserious.

The third reason why INFPs and INTJs can be a bad match for each other is because of their different ways of communicating. INFPs are often quite sensitive and can take things the wrong way easily. INTJs, on the other hand, are often quite direct and straightforward in their speech, and this can come off as harsh and abrasive to feeling types like INFPs.

Additionally, INFPs can sometimes be roundabout and passive-aggressive in their speech. This can frustrate and annoy INTJs, especially if they are more impatient.

Communication between INFPs and INTJs can sometimes be impeccable, but at other times it is hopelessly incompatible. This is because INFPs and INTJs are both intuitive with shared Extraverted Thinking (Te) in their function stacks.

This means that, as mentioned above, they both enjoy thinking about and exploring topics and ideas beyond the concrete. Because of these shared traits, it wouldn’t be uncommon for an INFP and INTJ couple to enjoy multiple long conversations where they jump between various topics like the visual arts and music but also the sciences and conspiracy theories. 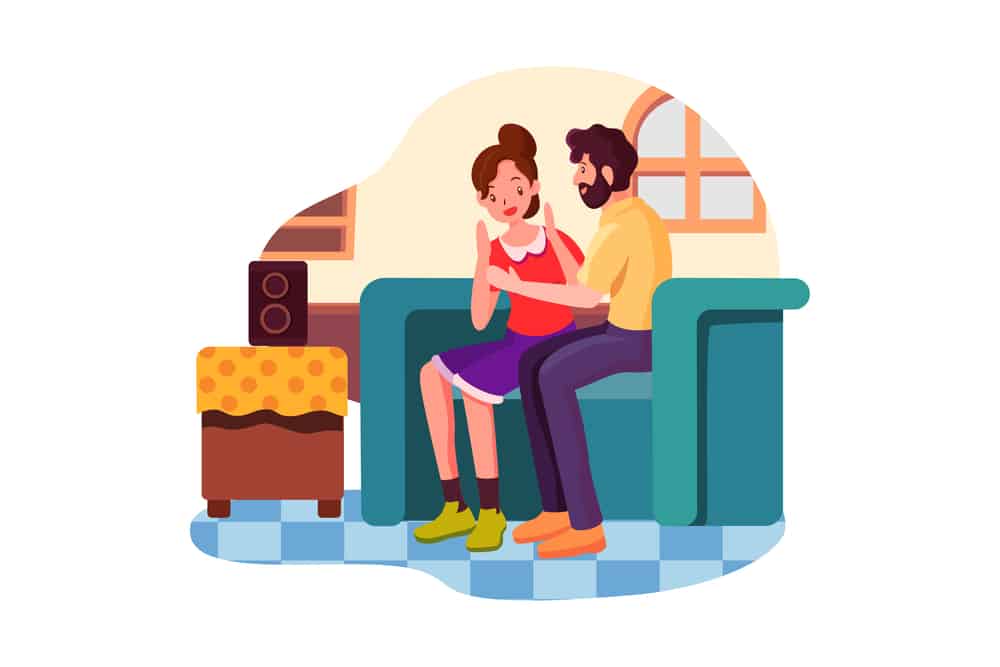 In short, while the INFP may have no problem responding to an objective question with the words “I feel like,” the INTJ will have just as little of an issue with replying “your feelings don’t matter.”

To the INFP, this retort would be hurtful, and they may even generalize it to mean that their INTJ partner doesn’t feel like their feelings matter at all in general. However, to the INTJ, they weren’t trying to hurt their partner’s feelings, and the statement wasn’t made for the INFP to take in general. Instead, to the INTJ, they’ve just stated a simple fact: when it comes to objective concern such as an objective question, neither their INFP partner’s, nor anyone else’s, feelings matter as subjective feelings don’t have a place in objective facts.

INFPs and INTJs are strong in their shared intuition and willingness to explore abstract topics.

INFPs can struggle to get their thoughts across and INTJs can be rash and abrasive in their speech. These traits can cause problems in their relationship.

INFPs and INTJs can improve communication if INFPs can work on not taking things defensively and INTJs can learn to be more thoughtful in their speech. INFPs can also help by working on being more direct.

Where do INFP and INTJ connect? Why?

Both INFPs and INTJs value improvement and growth. However, they also have some values that conflict with each other.

INFP and INTJ’s logic often conflict. Where INFPs want freedom, INTJs want stability and routine. This can be a problem in their relationship and daily life. Additionally, while INFPs strive to connect with others, INTJ’s drive for truth and logic can make them abrasive and hard to connect with.

In general, INFPs and INTJs have similar love languages and styles.

INFPs show their love by engaging in the following:

Basically, INFPs show their love by switching from their usual catlike nature to being more present and affectionate like man’s best friend.

INTJs show their love in the following ways:

Basically, INTJs are willing to go out of their comfort zones for their partners and put their plans/goals on hold to spend time with or do things for that person.

INFP and INTJ in Bed

Both INFPs and INTJs can be reserved at first in bed, but once comfortable, they can be open to exploring in the bedroom. Sex is an important way to connect for both types, and they both typically take it seriously.

That said, the INTJ female may feel confused or frustrated by an INFP male’s cautiousness when getting into the relationship as well as his overall flakiness in their daily life.

The INFP male can be late responding to texts, assuming he responds at all, while the INTJ female would prefer to receive a faster, more direct response.

In short, the INTJ female may feel like she has to initiate everything and be the captain behind the wheel of the relationship, which she may see as unfair to her. This problem is avoidable if the INFP male in the relationship is more self-assured and mature.

If the INTJ male is immature, though, the relationship can run into some serious troubles when rather than supporting the INFP female, his abrasiveness, arrogance, and lack of patience tears her down and makes her feel insecure and defensive instead.

When feeling backed into a corner, the INFP female may escape by being passive-aggressive and indirectly causing the end of the relationship or by just ghosting the INTJ male to avoid dealing with the relationship and its problems.

While INFP and INTJ relationships can be compatible overall, all relationships have some conflicts. Below are some possible areas of conflict for this pair. 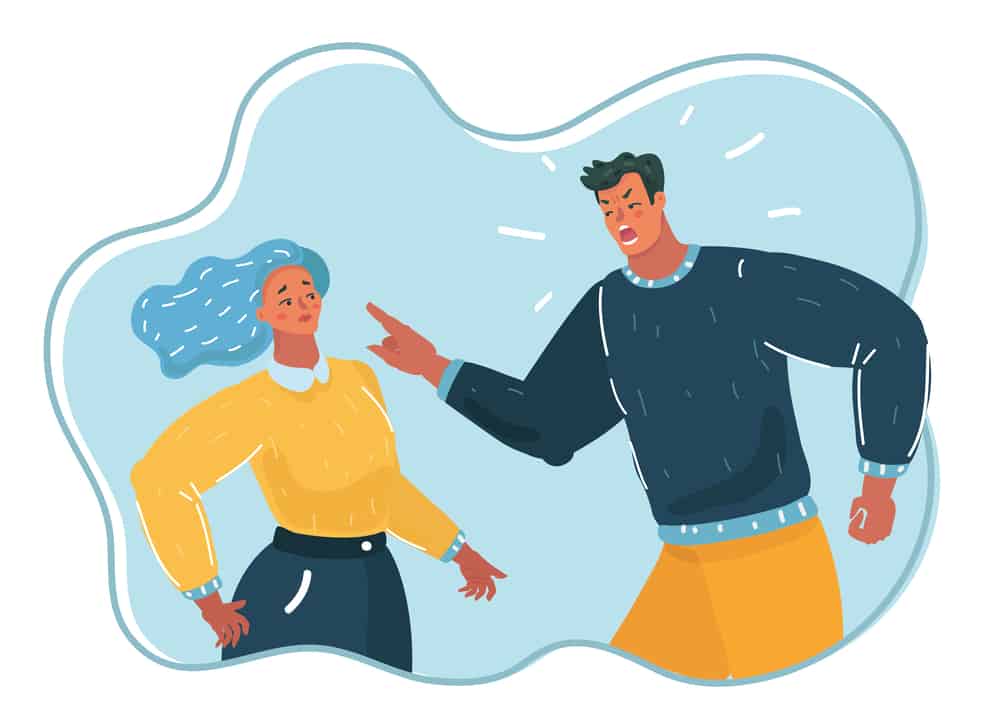 How can they resolve conflict?

How do INFP and INTJ build trust?

This friendship can be slow to start but long-lasting.

INFP vs. INTJ: Approach to Friendship

Both can be slow to begin a friendship, as they’re both rather reserved and distrustful. Both are serious about relationships, including friendships, once they set their minds on being in them. When they care, they make those closest to them more of a priority in their lives and value spending quality time with them.

INFPs will be emotionally supportive of INTJ while INTJ will help INFP be more practical.

Both are strong in areas where the other is weak. They have an opportunity to grow together as friends and develop into more secure, well-rounded people.

Yes. They fill in each other’s weaknesses while sharing some strengths.

INFPs can be slow to respond to things and INTJs can be impatient. Both are introverted, so they run the risk of not wanting to socialize at various times. This can make getting together hard sometimes.