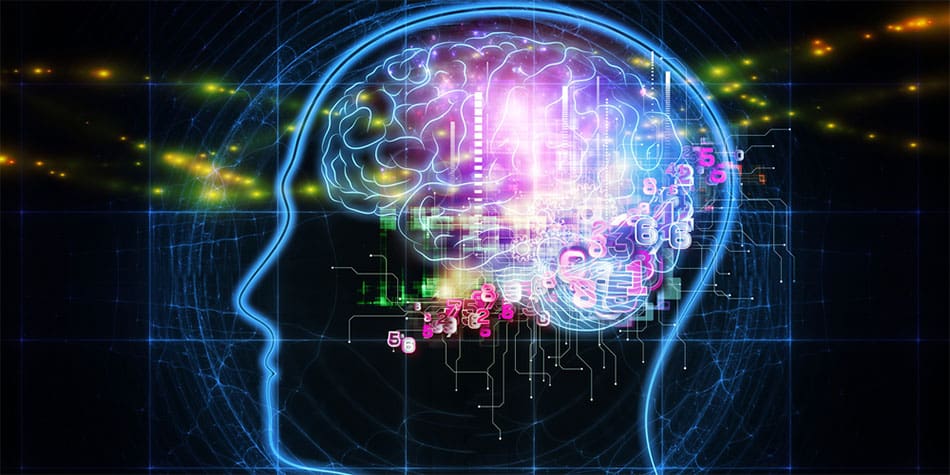 INTP is one of the rarest personality types in the world, making up only 3-5 percent of the population in the US. Based on the Myers-Briggs Type Indicator created by Katherine Briggs and Isabel Myers, you can figure out which out of the 16 personality traits you have.

INTP people tend to be independent and logical thinkers. They are the architects. Their minds are able to stitch together ideas quickly and precisely and understand the most complex situations. They base their actions on logical thought rather than rash emotion.

Each personality has four functions: Dominant, Auxiliary, Tertiary, and Inferior. We will discuss more about the functions of INTP, known as the architect or the thinker.

The INTP’s cognitive functions are Introverted Thinking, Extraverted Intuition, Introverted Sensing, and Extraverted Feeling. INTPs are described as thinkers or architects; they are loners, and logical and independent in their own thoughts. Their brains work in a logical analytic way trying to find the scientific meaning behind everything.

When interested they’ll be quick and witty in response, engaging with the group, and precise in the communication of their ideas. When they lose interest they become detached and uninterested.

In a group situation, INTPs can be very self-conscious as they often over-analyze situations. But, when comfortable, their laidback and easy-going take on life can be refreshing. INTPs quickly analyze and assess as they go and like to live life moment by moment rather than by a plan.

What Does INTP Stand For?

Every personality has 4 core traits based on the work of psychologist C.G. Jung. Those 4 traits make up which personality trait you have.

Cognitive functions are the way humans process information about the world, the two scales being Sensing- Intuition and Thinking- Feeling.

According to Jung there is an order in which a person uses their cognitive function in which he has named a Cognitive Function Stack.

How INTPs Deal with Emotion

INTPs are logical thinkers and can’t always explain emotions. They will sometimes struggle with why they’re feeling a certain way which can often lead to anxiety and stress. In these cases, they need to remember to take a step back, breathe, analyze their emotions and realize it’s okay to feel.

Emotions make people vulnerable and INTPs need to be in control of their surroundings.

In order for INTPs to grow, they need to take the time to understand emotions and why they happen. For other types such as ISFPs, emotions happen first and thoughts come later. INTP’s feel and analyze why they’re feeling the way they are. They have to take the time to analyze and realize it’s natural.

Though INTPs may not be good at expressing their own feelings, they have a good sense of the emotions of the ones around them, especially those in their small inner circle.

They’re very good at recognizing the emotions of others but they’re not always the best at reacting; they tend to try to rationalize the situation rather than using a loving hand that most need.

How the Outside World Views INTPs

It’s good to be aware of the varying personality type so we don’t judge too quickly. INTP’s can come off uninterested and brash only because the mundane things in life bore them. They hate small talk, especially in large group situations, but thrive one-on-one while discussing logical subjects.

INTP’s minds are very active so when they try to slow down and participate in activities they’re not used to or meet new people, they may come off rude. Though they’re precise in their communication they’ll usually not bother until they’re interested.

Like any other personality, INTPs have strengths and weaknesses.

INTP’s are thinkers, commonly known as Architects. They’re able to jump from one idea to another and piece them together quickly in their minds which can come in handy in these careers: 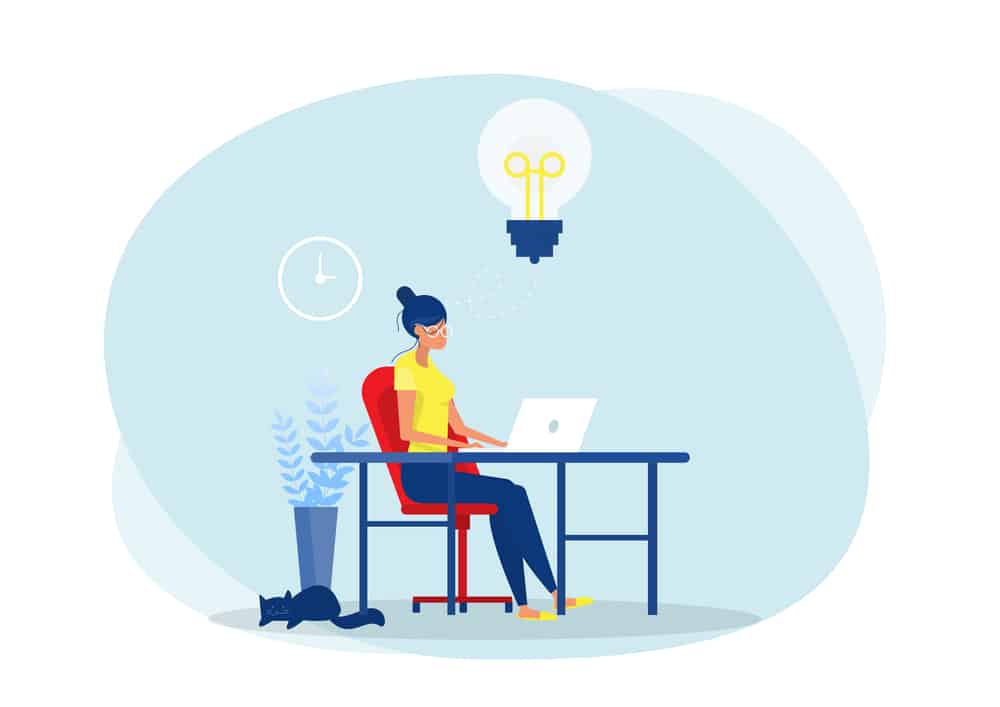 Just as there are several careers that INTPs will thrive in, there are also quite a few that they should more than likely avoid.

Two of the biggest struggles of an INTP are boredom and interaction. They’re the most logical thinkers and you’ll usually know it. In team settings, INTP needs to learn when and how to speak up, which is difficult when there’s an error in the logic.

They’ll be the first to point out the weak link in someone’s idea or solution, which in some cases can be helpful to the development. However, some may see it as being undermined, especially if it happens frequently. INTP’s need to realize that some problems that aren’t worth fixing if it means breaking the team dynamic.

INTPs are most likely to clash with personality types that operate in their blind spots:

An INTP typically doesn’t like being the center of attention, so leadership roles come to them more out of necessity. They’re not typically planners but are clear and precise in what they want and expect from a team.

Because they’re typically very good at what they’re doing they expect everyone else to be as well, which can come off as harsh and critical. Ultimately this can lead to leadership issues and unreachable expectations. However, they are open to discussing new ideas and developing thoughts, as this is where they thrive.

INTPs are visual people who are able to analyze situations and see how they’ll play out in the future. They do need to work on sharing their visions, as their ideas can be too complex for others.

INTPs use creative outlets to reduce stress and allow their minds to work quietly. INTPs are restless in continuing to learn and seek new ideas. It takes a lot of INTPs’ time to figure out that they’re missing this creative outlet but when they do it allows them to grow. 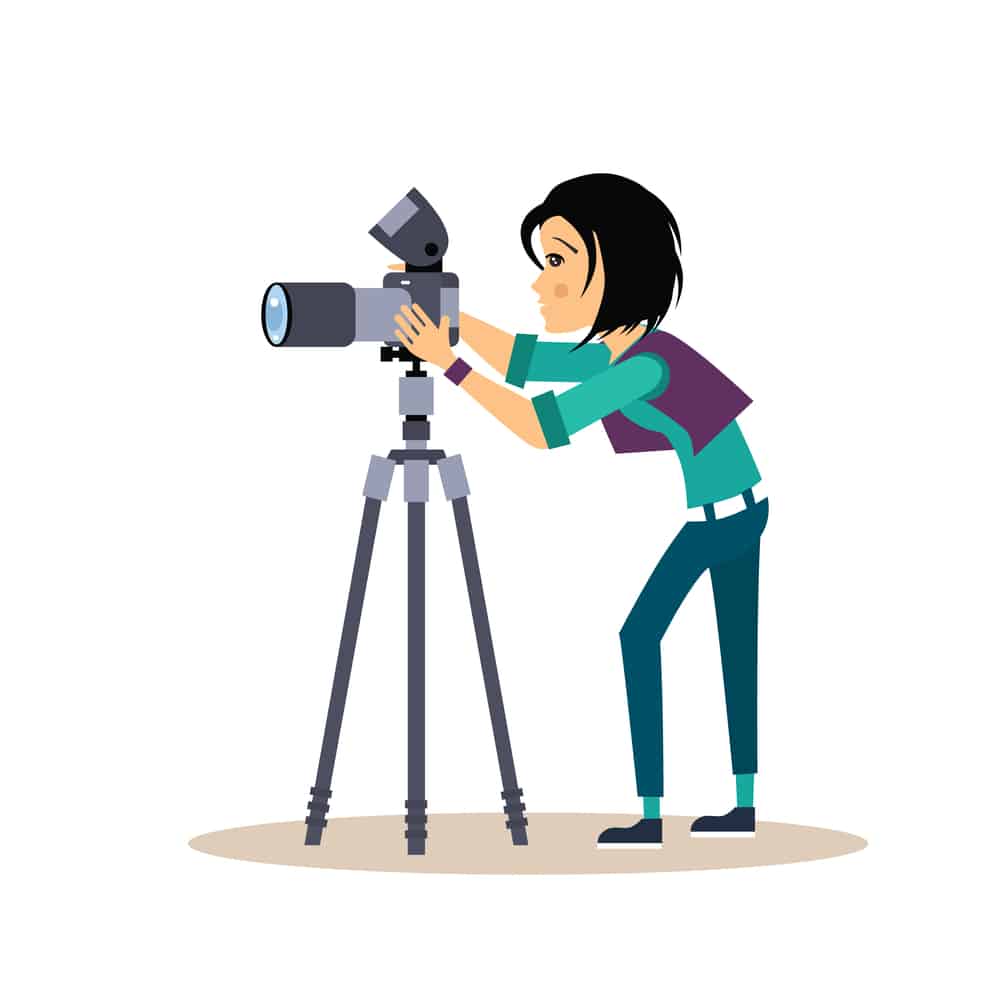 INTPs You May Know

There are plenty of famous INTPs out there in fields ranging from science, philosophy, athletics, politicians, authors, musicians, entrepreneurs, arts, and entertainers:

To solve a problem INTPs need to pick apart and analyze every single detail in order to visualize how everything is connected.

They sometimes spend so much time looking at the details that they run out of time. They’ll be weighing the facts against the unproven speculations, and then use logical reasoning to find a solution. They’ll find creative solutions that others won’t think of.

People make hundreds of decisions every day, but we rarely think about how we make those decisions.

INTPs take the time to look at every detail; often referred to as perfectionists, they have a hard time looking at the big picture. While picking apart ideas they are looking for the flaws in the logic. They enjoy in-depth thinking where they can explore each of their ideas and their potential downfalls.

When working through problems, INTPs tend to ask many questions which can come across as argumentative but are just allowing their mind to continually develop ideas. Since they are introverted, they can have a hard time accepting a course of action decided by others.

They’re rational and precise in their decision-making and act on practicality with little regard to how their decision affects others. INTPs should take the extra time to see how their actions have consequences.

Relationships can work, there has to be a good understanding on both sides. INTPs approach situations or life in general in a logical way rather than by emotion, which can be tough on relationships.

Typically, they choose to keep a smaller friend group and sometimes lack the motivation to form new relationships. It’s hard for them to allow their mind to focus on getting to know someone.

They value a partner who allows them the independence to explore their thoughts, ideas, and interests but also someone they can develop their ideas with. Everyday tasks such as cleaning, shopping, and cooking can be lost on these thinkers and fall on their partner.

When choosing a partner they often look for:

INTP’s are insightful, thoughtful, and independent. They analyze situations based on logic when others around them react from emotion. When communicating INTP can come across as respectful and well thought out. They’re problem solvers which can be beneficial in relationships.

At other times they can come off distant and uninterested, but it’s usually because they need time to analyze the situation and provide a solution.

Because their minds can stitch together subjects quickly, they are great conversationalists. They prefer discussing ideas rather than mundane details of people’s lives.

Emotions are not INTPs’ strong suit, and when it comes to their children that doesn’t change. They want for them to provide their children with the best support and care but often don’t know how.

Children react to things without rational thought which can cause their INTP parent to get frazzled and worked up. They are dedicated parents who have a strong caring bond for the weak and helpless.

INTPs will try hard to be the best parent and sometimes may need help from a more emotional counterpart. The emotional support part of parenting may falter but they value knowledge, which will play a huge part in how they parent their children.

As in any type, INTP has three stages of growth in life: Childhood, Adolescence, and Later Adulthood. During each stage a new layer of the cognitive function stack is revealed.

Childhood is when the dominant function of someone’s personality comes to light. Introverted Thinkers early in life can be very serious. They tend to focus their energy on mastering things such as video games, school, computer programs, etc. They strive for excellence from an early age.

Adolescence, typically the teens and 20s, can be the biggest journey a mind will take. This is the stage in which the dominant function has reached full clarity and allows the inferior function (Extraverted Feeling) to develop.

During this stage, INTPs show signs of developing the auxiliary and tertiary functions as well. At this time they usually discover their interest in philosophical research and intellectual conversation.

They’re just discovering who they are and with their logical thinking minds, they take this time to find what their interests are. They will probably find it easiest to discover what they don’t like.

Especially for teenagers, not knowing one’s place in the world can create stress. INTPs will have a harder time in their adolescence than their more emotionally driven counterparts.

These are the years INTPs find a balance between their dominant and inferior functions. They know their strengths, they know what they enjoy and which people they should surround themselves with.

INTPs can feel alone and misunderstood since they are one of the rarest of the 16 types. It takes a lot of self-growth and mental development for them to get to a place of comfort and understanding.

INTPs are the architects of our population. Their intellectual, logical, and creative minds have come up with some of the best ideas in history. They value good conversations with like-minded people and don’t do well with mundane tasks.

Their introverted tendencies allow them to think and develop thoughts and ideas in more deep and logical ways than their counterparts.