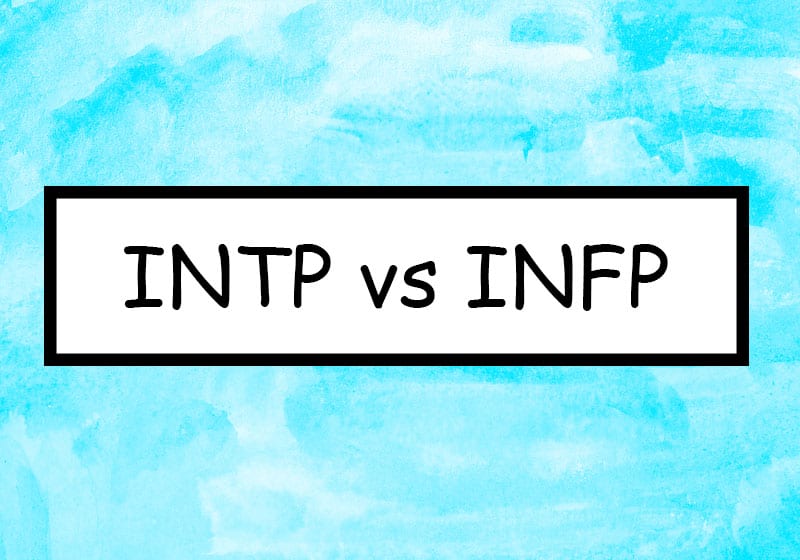 They are both passionate about their careers and pursuing their interests. They are creative but execute their creativity in different ways. The INTP and INFP are seekers of truth, both independent souls who are not afraid to think outside of the box.

In spite of their similarities, INTPs and INFPs perceive the world differently. INTPs are logic-oriented. They can imagine infinite possibilities but within a logical and reasonable framework. Unlike extraverted thinking types, INTPs are more internally focused.

The INFP personality type sees innumerable options without needing a logical tether to keep them grounded. Also, INTPs are willing to consider different beliefs about the nature of the world, while INFPs tend to have a fixed belief system.

INTPs are analytical to the core and all about logical control. Whether taking online tests, reading science magazines, or playing video games, they always approach the world practically. However, they also use their vast creative abilities and active imagination. They are often intellectuals who value ideas and love to debate the merits of any argument, regardless if they agree or disagree. However, they have difficulty maneuvering their emotional life and may sometimes have issues with interpersonal communication.

INFPs are introverts who love people. They are thoughtful and caring and strive to do something meaningful with their lives that will benefit others. They are naturally full of hope and optimism and usually have faith in the goodness of people. They are open-minded and typically possess a live-and-let-live attitude.

What is the Key Difference between INTPs and INFPs?

The biggest difference between INTPs and INFPs is in their handling of emotions and decision-making processes. The INTP’s dominant function is introverted thinking. This can lead INTPs to be uncomfortable with their own emotions and struggle to understand the emotions of others. At the same time,  INFPs tend to be very caring and emotionally sensitive by nature.

INTPs and INFPs are both inwardly focused and know that they don’t have to look outside of themselves to find true happiness. 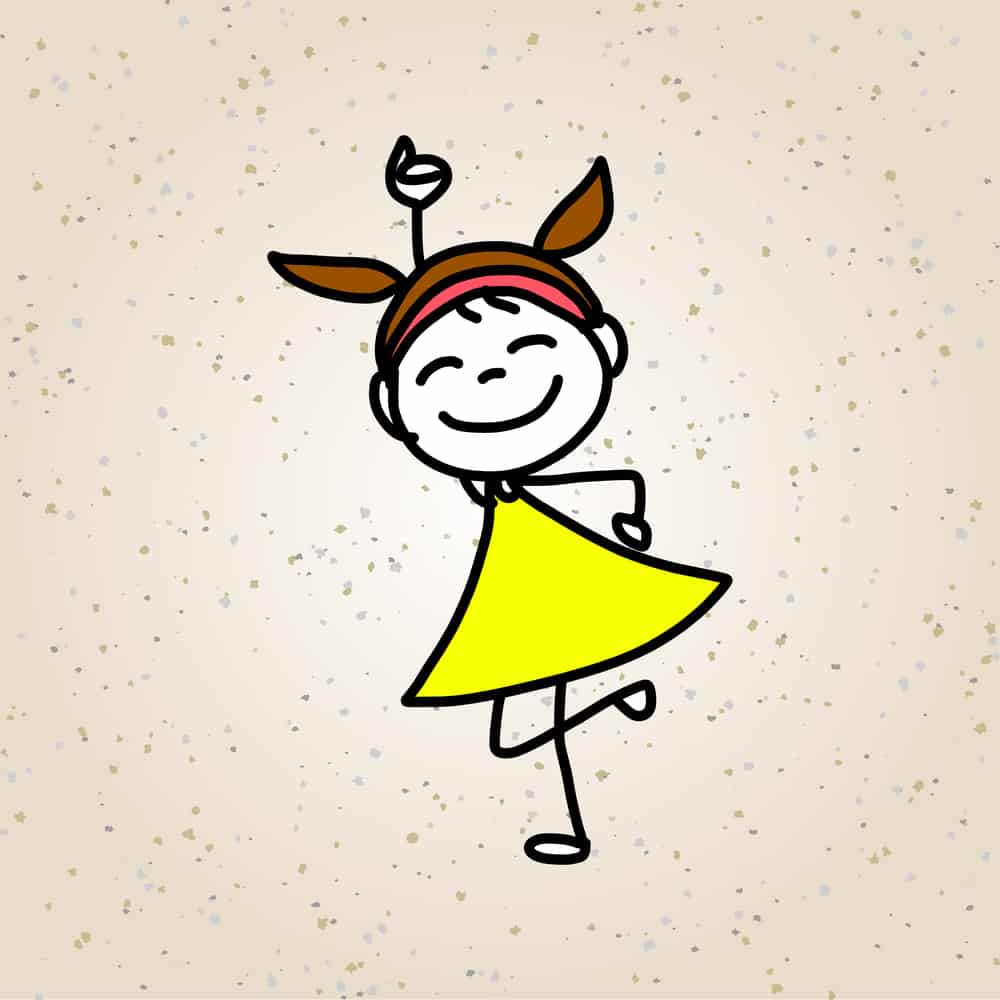 As people who spend so much time immersed in their own thoughts, INTPs may end up feeling disconnected from the outside world and the personal feelings of others. They need balance, socially and professionally, which for some may prove illusive. Here are a few features of INTP happiness:

Like INTPs, INFPs can struggle with feeling like they’re disconnected from others. They may also be haunted by thoughts that they aren’t quite good enough. Even though they possess a natural optimism, they will still tend to dwell on their own weaknesses, sometimes to the point of getting depressed and anxious, over what are in reality, insignificant issues. This is why conflicts between personality types and INFPS can be quite common. To be happy, they need to challenge themselves and find creative and social outlets. Here are some features of INFP happiness:

For different reasons, INTPs and INFPs tend to have problems making decisions.

When placed in difficult situations, INTPs are plagued by the “what-ifs.” They are particularly tormented by the thought that there are possibilities they haven’t considered. They feel like they must analyze each fact and potential outcome. When they can’t, they feel paralyzed and panicky. The following are a few characteristics of INTP decision-making:

INFPs are compassionate and centered around making the best possible decision for everyone involved. Their tertiary function is introverted sensing. Which explains why they go with what their heart tells them rather than what logic might dictate. These intuitive perceivers usually need a lot of time for inward reflection before making any type of decision. The following are a few characteristics of INFP decision-making:

An INTP has been asked to cast a short film with actors best suited for the parts. It wouldn’t take long for this 16 Myers-Briggs personality type to feel paralyzed. If she chose someone, would that person be right? What if someone else would have been better? An INFP in the same situation would be overwhelmed by imagining the hurt that those not cast might feel. She would want to cast everyone in roles they’d chosen for themselves, thus making everyone happy.

INTPs and INFPs are not likely to spend hours cultivating the perfect look to impress the outside world. They are seekers of truth and not externally motivated. Of course, they will never appear unhygienic, but comfort and individual flair will always take priority over being fashionable.

For INTPs, as long as no one accuses them of being slovenly, they are pretty good to go. Their attention to themselves tends to depend on how they are feeling that day. Sometimes, they’ll feel like putting in more of an effort, while other days, they’ll just throw on something clean. Here are some INTP thoughts about appearance:

To an INFP, their appearance is a means for personal expression. They tend to have a style all their own, not necessarily recognizable or understandable to others. On an average day, they won’t spend very long deciding what to wear or arranging their hair and makeup. Instead, they’ll throw something together and be on their way. Here are some INFP thoughts about appearance:

It’s time for senior pictures. An INTP will grab that brand-new dress shirt that has been in his closet for over a year. He’ll wear it with dress pants that don’t quite fit, reasoning that no one will see them in the picture anyway. An INFP will want this moment recorded for posterity and will wear three mismatched necklaces, a peasant blouse, glitter boots, and her signature bowler hat.

INTPs and INFPs both need trust and time to develop a friendship with someone. Conflicts between personality types are not something that appeals to them, so they tend to gravitate toward those who help them remain in control under stress.

INTPs usually have a small circle of friends who tend to share their intellectual curiosity and pursuits. Given that INTPs tend to be distant emotionally and struggle with communication, they need to have friends who understand and accept them regardless. Here are a few characteristics of INTP friendships:

INFPs may be introverted, but that doesn’t mean they aren’t social. They care deeply about others and form casual acquaintance-type friendships with anybody, regardless if they have anything in common. Like INTPs, they tend to have a small circle of highly valued friends with whom they share their deepest thoughts. Here are a few characteristics of INFP friendships:

Barbara, an INTP, has a few trusted friends that she’s known for years. Everyone else in Barbara’s life considers her to be an acquaintance or work colleague. Selena, an INFP, has scores of people who consider themselves to be her friend, not realizing that Selena is just nice to everybody and only has a few true friends. This tends to be a source of confusion for Selena.

INTPs and INFPs are not generally angry people. When it comes to conflict style and difficult emotions, they would both prefer to keep that side of themselves private. 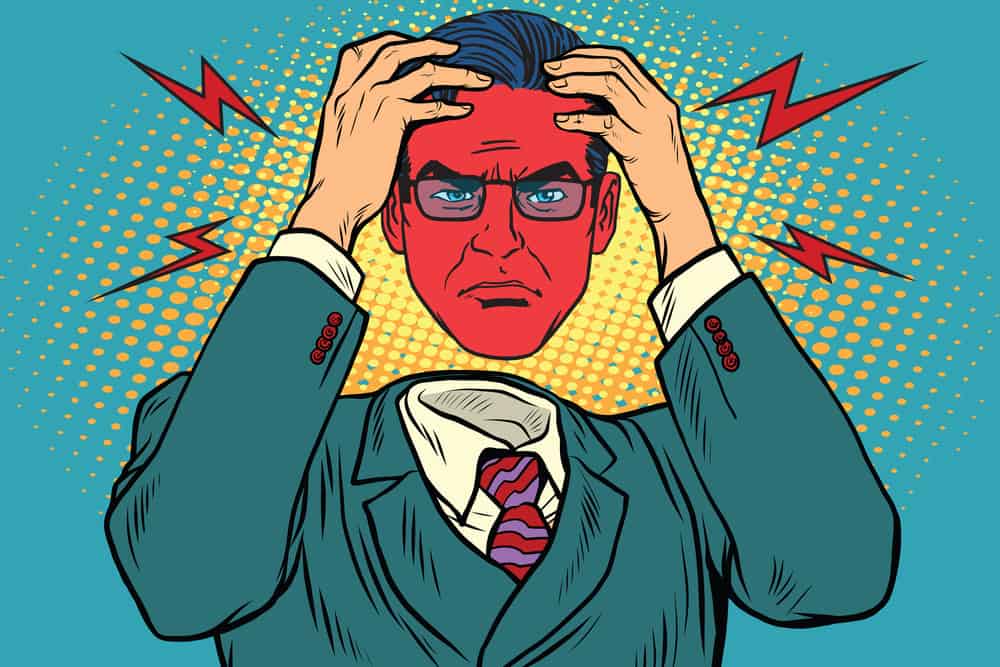 For an INTP, anger, like any emotion, feels strange and uncomfortable. They sometimes are nicknamed “control freaks” because they strive to be so logical when it comes to control under stress. The truth is, INTPs do think that expressing themselves in anger would seem like they are losing control. Here are a few characteristics of INTP anger:

INFPs are emotional by nature, so they are no stranger to anger. However, they are very caring and don’t want to unduly burden people with their own issues. They don’t typically like situations of conflict. They much prefer to remain positive and will only express anger when it feels unavoidable to do so. Here are a few characteristics of INFP anger:

If someone has wronged an INTP and wants to apologize, an INTP may be suspicious. Are they truly sorry? Have they acknowledged the offense and done something to repair the damage? Is it one of those “I’m sorry you feel that way” fake apologies? Unless it is very sincere, an INTP will not accept it.

An INFP, on the other hand, will pretty much take any apology at face value and will be happy to let go of any animosity. They hate relationship conflicts, so their conflict style and response to conflict situations, in general, is to move past it.

INTPs and INFPs are innovators, thinkers, and doers. If you need an out-of-the-box solution for your issue, you could do well by consulting both personalities, as they will both come up with excellent ideas that the other might never have considered.

Neither the INFP nor the INTP is particularly motivated by money or status. The primary question an INFP asks when deciding on a career is, “How can I help others while doing something I believe in?” For an INTP, the primary question is something along the lines of “How can I use my problem-solving skills to come up with innovative ideas?”

The INFP is more likely to try to solve the ills in society through their internal values or spiritual nature. Common INFP careers include:

The INTP is likely to have a background in science and pursue a career where they can use logical control and functional stack to their advantage. This might look like pursuing a career in tech, business, law, science, or engineering. Specific professions where an INTP can use their natural, logical reasoning processing include: