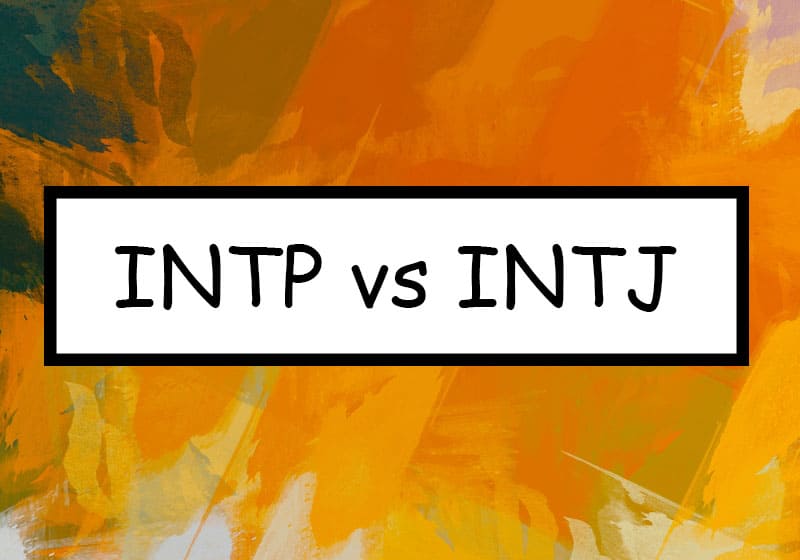 The Myers-Briggs personality inventory is a test that categorizes people into 16 different classifications in order to better understand how they think, make decisions and interact with the world. Two of these personality types are INTP and INTJ.

INTP – Introverted, Intuitive, Thinking and Perceiving – They are creative deep-thinkers who value precision in logic but can be frequently hobbled by self-doubt.

INTPs are innovative, creative and deep-thinking. They are often highly intelligent with an active inner life, usually spent working out their own theories of how to improve the world.

They love solving puzzles, forming arguments and thinking of new perspectives and ideas. They are unique by their very nature and would never want to be thought of as typical. They rely on logic over emotion and tend to be shy around people they don’t know.

INTJs are confident, strategic thinkers who pursue their ideas to a conclusion and will act upon them. They consider themselves authorities in their areas of expertise and are typically adept at multiple things.

To some people, these perfectionists may seem arrogant because they are absolutely certain that their knowledge and decisions are correct. Relationships are not their strong suit, especially romance, because they don’t communicate well on an emotional level.

What are the Key Differences between INTPs and INTJs?

Both INTPs and INTJs are introverts who handle life logically. However, they tend to be different in their approaches. Although they both spend a great deal of time in contemplation, INTPs are generally fixated on ideas themselves, while INTJs are focused on how ideas can be coupled with action.

Friendship is important for INTPs. As introverts, they can feel lonely because they spend so much time lost in their own, dreamy worlds. Initially, they may have trouble making friends, as they must be able to find people with whom they connect intellectually and who are willing to understand and embrace their quirkiness. Once they find these individuals, they will strive to be a loyal, supportive and helpful friend.

Here are some features of an INTP’s friendships:

They are content to be solitary much of the time, but INTJs do value having a few friends in their life. These friends must be a match for them intellectually and enjoy stimulating conversations about ideas, theories and anything else interesting to the INTJ. They can sometimes be sarcastic and darkly humorous, which can be off-putting to some. When you are an INTJ’s friend, they will be loyal and take that friendship very seriously.

Here are some features of an INTJ’s friendships:

When you and your INTP friend are deciding what to do for an evening out, there may be a lot of thinking and philosophizing and considering but not a lot of action. The INTP may be caught in a loop of trying to decide and may need someone else to step in and make a decision.

On the other hand, an INTJ is all about quick decision making and taking action. After going through all of the relevant options, they will quickly decide on the best thing to. Hopefully, everyone will agree.

Both INTPs and INTJs need intellectual and creative pursuits to make them happy. They also both need and value friendship in their lives but may struggle because of their limited ability to understand emotions. 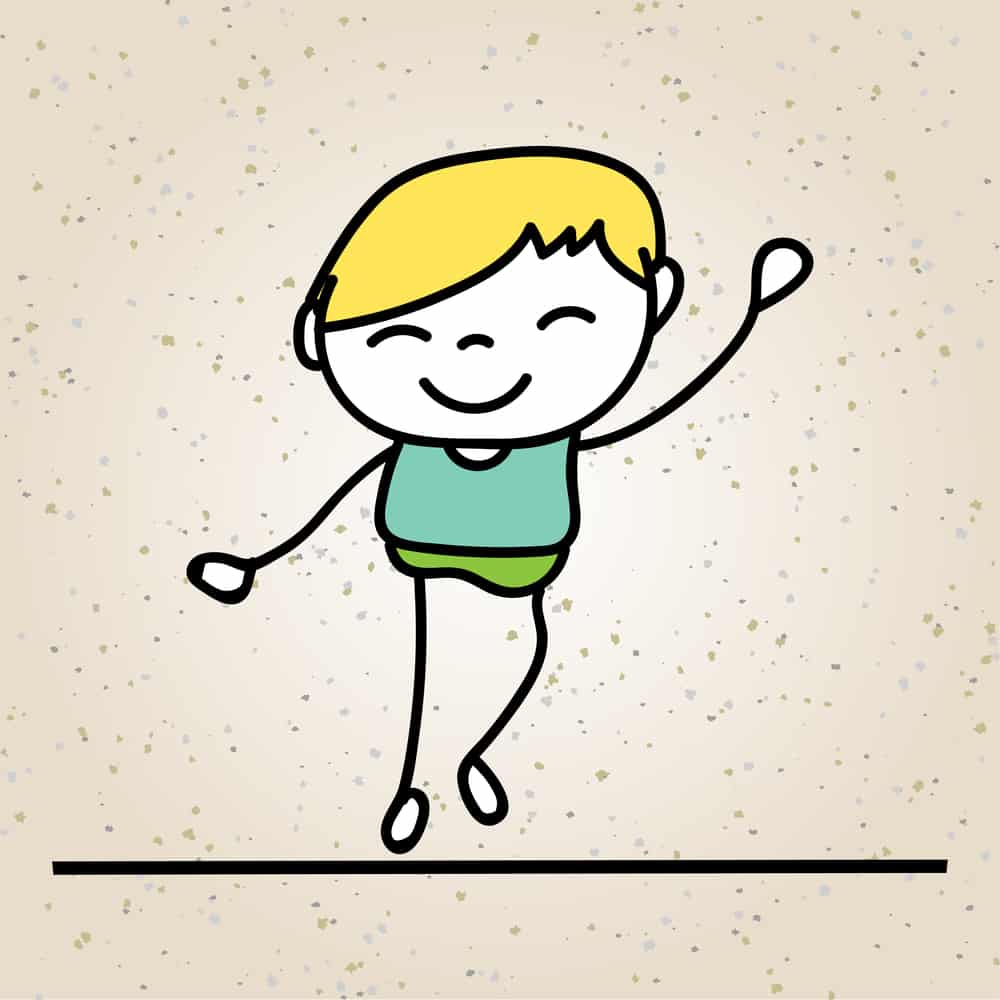 Spending so much time feeding their intellectual lives gives many INTPs a feeling of being disconnected from the world. To find balance and a true level of happiness, they also need to make socializing and self-care a priority. Here are some features of INTP happiness:

It’s not hard for an INTJ to be happy — they simply need a logical framework for their lives that facilitates intellectual stimulation. They love solving problems and making already well-running systems function even better than before. INTJs also require plenty of time alone to recharge. Still, good friendships with well-chosen people are a key factor in their happiness.

Here are some features of INTJ happiness:

Happiness at work is important for both personality types. For an INTP, an ideal work situation would allow as much time as possible to go over data and dream up new ideas. For an INTJ, their happiness would be assured if they could use their problem solving skills to design a useable and logical system for doing something productive.

Both personality types are knowledgeable and good at collecting information but go about making decisions in an entirely different way.

INTPs have trouble making decisions and sticking to them. They attempt to weigh all possible facts but are forever worried that they have missed a detail or have not considered something important. If a decision has been made and new information comes to light, they have no problem revisiting the decision and changing it if necessary.

By nature, INTJs are very decisive people. They have a structured approach of sorting through the relevant facts and logically making a decision with little or no hesitation. Here are a few INTJ decision making characteristics:

If an INTP wants to purchase a car, they’ll painstakingly consider every make and model, learning about gas mileage, service records and features. They will probably put off the decision for as long as possible while they obsess. If they do manage to decide, they’ll be riddled with doubt, worried they missed a crucial piece of information and bought the wrong car.

If an INTJ wants to buy a car, they’ll quickly determine what their needs are and look for cars that could best suit them. Then they will simply select the right one and be satisfied with their purchase, knowing they were correct.

Both INTPs and INTJs are introverts who are not easily angered but, when pushed to their limits, may erupt.

Even though they are introverts and don’t readily express their emotions, INTPs are still capable of anger. An angry INTP will tend to keep their feelings to themselves, slowly simmering while they dwell on the offending issue. If pushed, they may retort with a sarcastic remark and then withdraw. They can have angry outbursts, but it takes a lot of pushing to provoke an INTP.

Like their INTP counterparts, they are introverts and prefer not to show their anger in public. Doing so, they believe, would be considered an indication of bad character because it shows an inability to remain in control. Instead, they go into a stony-faced silence when offended. If pushed, they will remove themselves from the situation and if pursued further, may explode in righteous anger.

In a work situation, if an INTP is confronted by a colleague who acts like they know something that they clearly don’t know, especially if it’s regarding a subject familiar to the INTP, they will react angrily. To an INTP, pretending to have knowledge or data that you don’t have is unforgivable and worthy of an angry outburst.

For the INTJ, if someone they’re working with doesn’t know what they’re talking about or worse, is dismissive of the INTJs expertise, get ready for a tongue lashing of epic proportions.

INTPs and INTJs do not spend a lot of time fixating on their appearance. Instead, they value their own knowledge and cognitive prowess and usually tend to look for those same characteristics in others rather than judging them only by their outward appearance.

While they’re not often worried about appearing fashionable, INTPs don’t wish to be social pariahs. They maintain basic hygiene but don’t go very much beyond that standard. Their style tends to be viewed as quirky — mixing and matching items in a nontraditional way that is appealing to the INTP while simultaneously may be baffling to others.

INTJs are like INTPs in that they value their inner life more than their external appearance. Still, they know there are times when one must dress appropriately. They want to look put together but will not spend too terribly much effort to do so. Their style will be simple and practical and will be tailored to suit the situation.

On a typical work day, an INTP might leave the house with their hair clumsily pulled into a pony tail. They will have thrown on some combination of shirt and pants, perhaps not noticing that they chose a clashing plaid and stripe combo. If someone at work points it out, they won’t be distressed because they are warm and comfortable.

An INTJ, on the other hand, will make sure they are dressed appropriately for work and that their hair is nicely coiffed. They’ll wear their signature work outfit, which may consist of a black turtleneck with black, non-pleated pants. The shoes will be something comfortable and practical as well.

Both INTPs and INTJs are intellectual creatures with unique idiosyncrasies. They are extraordinary and lovable people but need to seek balance in their lives to be truly happy. There’s no question, however, that they both make the world a much more interesting and knowledgeable place.