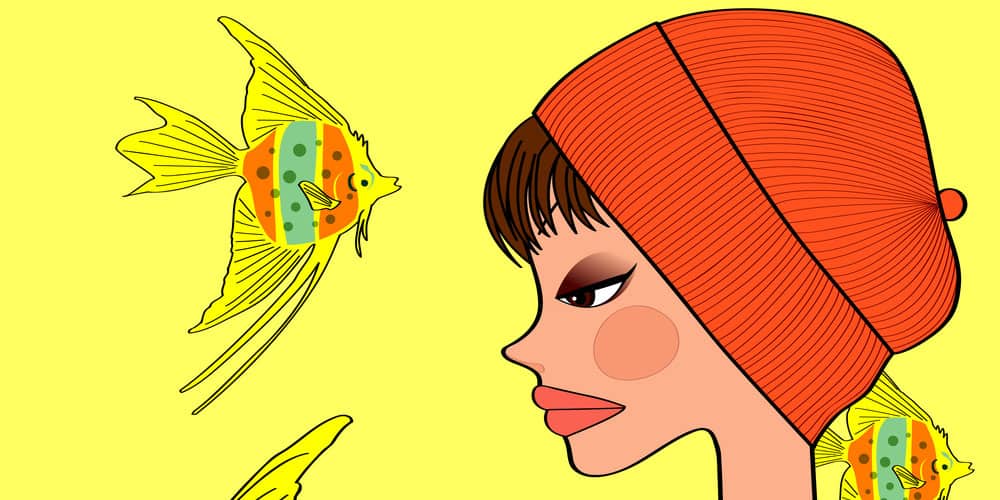 INTP (or Introversion, Intuition, Thinking, Perception) is one of the least common of the Myers-Briggs Personality Types, and it is even less common in women than in men!

What are the Key Characteristics of INTP Women?

In general, INTP women are quiet, independent, and highly imaginative. They are logical thinkers but tend to view the “big picture” of things rather than fixate on small details. They’re also very spontaneous and don’t do well with a lot of structure, which sometimes frustrates others.

INTP women are often misunderstood by others but have a lot to offer those who can get close to them! Read below to learn some common traits, habits, and interests of INTP women.

INTP is, quite possibly, the rarest of the 16 Myers-Briggs Personality Types. Here’s how the population of INTPs is broken down:

If you’re short on time, here are some fast facts on INTP women:

While not all INTP women will display the same traits, there are quite a few that are common among women with this personality type:

INTP women aren’t typically fans of any kind of:

Combine this with their penchant for imaginative, “big picture” thinking, and you’ll find that many of these women are quite absent-minded.

Because they don’t rely on structure or organization much at all, they’re not usually very interested in maintaining a clean home or work environment. They may often lose important items or documents, and often forget about plans they may have made weeks earlier. This trait, in particular, is one thing that makes INTP women hard for some to handle.

They’re Quiet and Reserved, Even for Introverts

INTPs are perhaps the most introverted introverts out there. Although it’s typical for introverts to be quiet and reserved, INTP women are so often “in their heads” that it can be difficult for them to get to know others and for others to get to know them.

They’re very thoughtful, and you may find them frequently spacing out during group conversations. Usually, they’ll only be interested in talking to like-minded individuals, and have a hard time getting close to people. However, you may find that they can be very outgoing around those they already know well!

As mentioned, INTP women aren’t big fans of structure, planning, or organization. Because of this, they’re typically very flexible under most circumstances.

In fact, plans of any kind can make them feel uncomfortable because they usually like to keep their options open. If you ever need to cancel plans last minute with an INTP woman, they probably won’t even mind!

INTP women aren’t usually regarded as “traditional women” because most people associate femininity with emotion-based decision-making. However, women with the INTP personality type don’t subscribe to this kind of thinking and may avoid emotional situations entirely. In nearly every situation, their decisions will be based on objective information.

Not only do INTP women value alone time, but they also value doing nearly everything for and by themselves! They like to make their own decisions without input from others, and work to solve their own problems. Because they aren’t fans of emotional affairs, they’re also not huge on “pity parties” and rarely seek others’ advice.

They Are Creative, Imaginative, Abstract Thinkers

Although they are logical thinkers, these women are also very imaginative and creative when solving problems or thinking up new ideas. They like to consider the possibilities and are great at thinking outside the box. They usually draw from what they already know, their insights, and their past experiences to solve any issues that arise in their lives.

The Relationships of INTP Women

The relationships INTP women find themselves part of, both romantic and platonic, are complicated. Because they aren’t very emotional and are different from “traditional” women, they usually have a tough time connecting with people who have preconceived notions of them as women. Since they’re also very independent and don’t rely on others much, it’s also difficult for them to get to know others.

The Romantic Relationships of INTP Women

INTP women aren’t very “lovey-dovey.” Because they don’t express their emotions readily and are very independent, they won’t make good partners for anyone looking for a woman to fill the traditional “housewife” role. Although they’re very independent and resist being controlled in any way, they are loyal, committed partners to anyone they’re in a relationship with.

Even though they won’t usually display their emotions, INTP women crave affection like the rest of us. They’re usually “low-maintenance” partners who don’t like mind games and want respect from their partners above all else.

The Friendships of INTP Women

Because of how reserved they are, INTP women are slow to connect with other people. It’s hard for them to make friends, but once they get comfortable around people, they tend to form very close friendships. They don’t have a huge social circle, but rather a few select people with whom they truly connect and share common interests.

It’s hard for INTP women to get to know people and for others to get to know them. Often, they are socially awkward and bad at small talk. They prefer to have deep conversations about common passions, so they tend to seek out similar people.

While it’s challenging to connect with these women initially, they are incredibly loyal and affectionate with anyone who can break through their tough exterior.

Strengths and Weaknesses of INTP Women

Some of the high points of being an INTP woman include:

There are definitely some downsides to being or interacting with an INTP woman, and some traits that others find off-putting. These include:

INTP women, although often misunderstood, have a lot to offer those around them. They’re hard to get close to, but if you’re able to break through their tough shell, they’re incredibly loyal and make excellent friends or partners! They’re great at:

If you have an INTP woman in your life, try connecting with her through shared interests or philosophical conversations. You might be surprised with how much she can teach you!