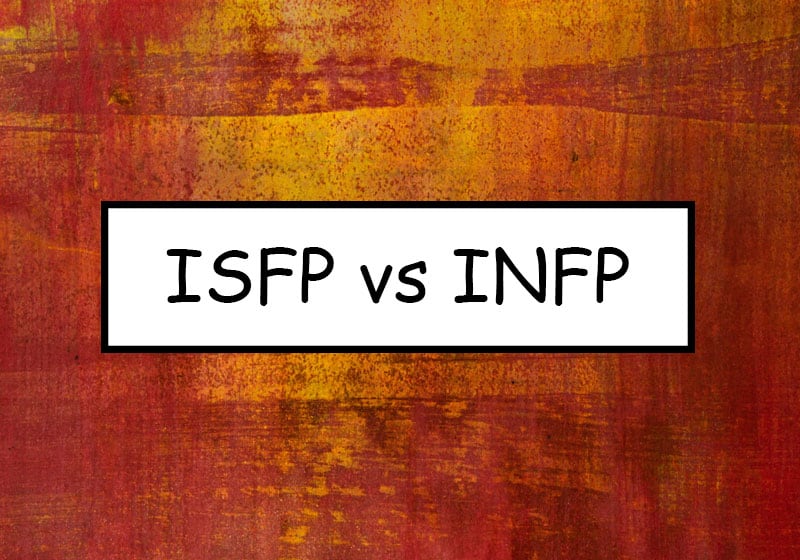 In spirit, ISFPs and INFPs are remarkably similar personalities. They both tend to be private, introspective, contemplative, value-centered, creative and intelligent. They are sensitive to others and both dislike conflict.

In a situation where everyone is in agreement and working towards the same outcome, both personalities will thrive. They each require a sense of purpose in their lives and will both hold firm to their convictions when challenged. It is essential that ISFPs and INFPs feel that their personal and professional efforts are making a positive difference in the world.

In spite of that commonality, ISFPs and INFPs do have significant differences. ISFPs are carefree spirits who want all things and all people to be in harmony with one another. They love to pursue activities that are fun. They shy away from complications and drama and would generally consider themselves to be happy.

INFPs, on the other hand, tend to see things in a more black and white sort of way. Something will either jive with their value system or it won’t. Because they are more inwardly focused, they often have a tendency to be plagued with anxiety. Social situations may be more difficult for them as compared to ISFPs. When comfortable, however, INFPs are very creative and capable of thinking up unique solutions for problems.

The Key Differences between ISFPs and INFPs

While ISFPs and INFPs have many similar tendencies, they are essentially different in how they react to the world. ISFPs tend to be spontaneous and act in the spirit of the moment, whereas INFPs are more cautious and prefer to carefully think out important decisions. 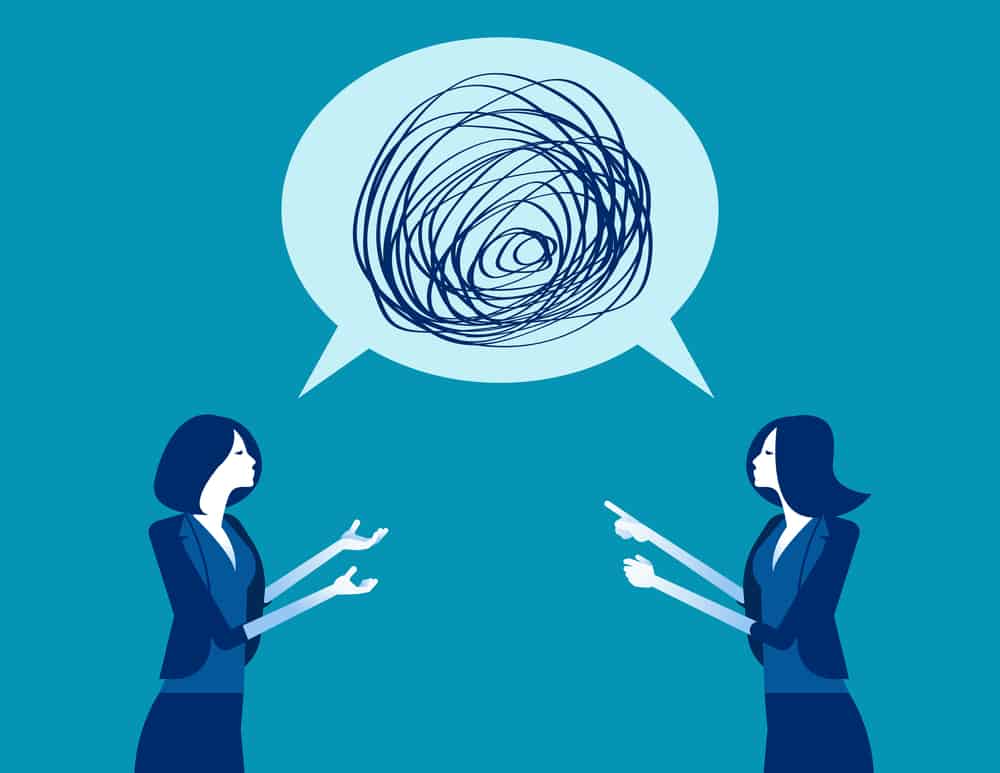 Here are some real world examples of how different ISFPs and INFPs can be:

To understand why ISFPs and INFPs do what they do, one must take a closer look at their individual personality functions. All personalities are made up of four cognitive functions — Intuition, Thinking, Sensing and Feeling. Each function can then be further described as being Extroverted (outwardly expressed) or Introverted (inwardly expressed.)

When examining ISFPs and INFPs specifically, the first thing that stands out is that they both have the same dominant function — Introverted Feeling. It’s no wonder, then, why they share so many personality characteristics.

The differences in their personalities are the result of how those characteristics are expressed. The expression of those characteristics is governed by their auxiliary, tertiary and inferior functions. It is interesting that both personalities also share the same inferior function which contributes, at least a little, to the similarity of ISFPs and INFPS. 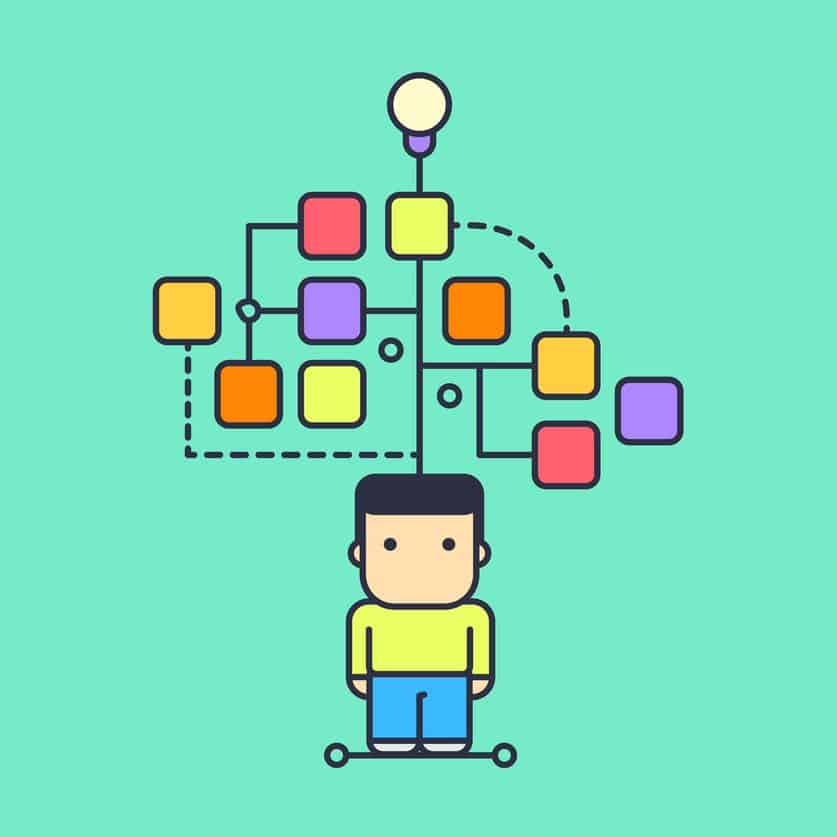 An ISFP’s dominant function is Introverted Feeling. This means that they tend to be individualistic and independent. Often, they are driven to act and make decisions by an internal sense of right and wrong. That sense may be similar to the “golden rule,” which dictates treating other people how they themselves would like to be treated.

ISFPs are not overly emotional but can come off as intense or serious, particularly when dealing with situations and issues that are important to them. Here are some of the ways ISFPs express their Introverted Feeling:

An INFP’s dominant function is also Introverted Feeling. They are very focused on and affected by how their own mind works. They feel that careful self-examination will ultimately yield answers that can help them to understand the world around them.

It’s easy to dismiss them as being daydreamers but their feelings are deep and well-defined. They have an attraction for certain things and are equally repulsed by other things. INFPs have a strong set of values that will provide a framework for any decision that they make. Here are some ways INFPs express their Introverted Feeling:

An ISFP’s auxiliary function is Extraverted Sensing or interpreting the world using the five senses. ISFPs spend a great deal of their time observing and soaking in information, which is perhaps why they are known for having an excellent memory. They also tend to be very visual and artistic. It’s not uncommon for ISFPs to be talented artists with an impressive eye for composition and style. Here are some of the ways ISFPs express their Extraverted Sensing:

An INFP’s auxiliary function is Extraverted Intuition and is one of the main reasons why they are so creative. This function allows them to perceive patterns and to see the world as having boundless possibilities. INFPs are endlessly curious about their role within the world and are constantly searching within themselves to discover the answers. Here are some of the ways INFPs express their Extraverted Intuition:

An ISFP’s tertiary function is Introverted Intuition. This function may linger in the background and could cause this personality to be interested in theoretical or abstract problems. It will generally work in tandem with their impulse to act, meaning that while they are doing something, they will be thinking about the meaning of what they’re doing. Here are some of the ways ISFPs express Introverted Intuition:

An INFP’s tertiary function is Introverted Sensing, which is the function that allows them to use their past experiences to interpret the present and future. Some personalities are known for their adherence to traditions because they value doing things as they have been done by previous generations. INFPs, though, are not as concerned with what was customarily done in the past and are open to new experiences. Here are some of the ways INFPs express their Introverted Sensing:

An ISFP’s inferior function is Extraverted Thinking — or the ability to reason logically. They can be logical thinkers but have more of an ability to think abstractly and theoretically. They are more likely to act on impulse, ignoring logic as they fly by the seat of their pants to whatever the next new thing is. Here are some of the ways ISFPs express their Extraverted Thinking: