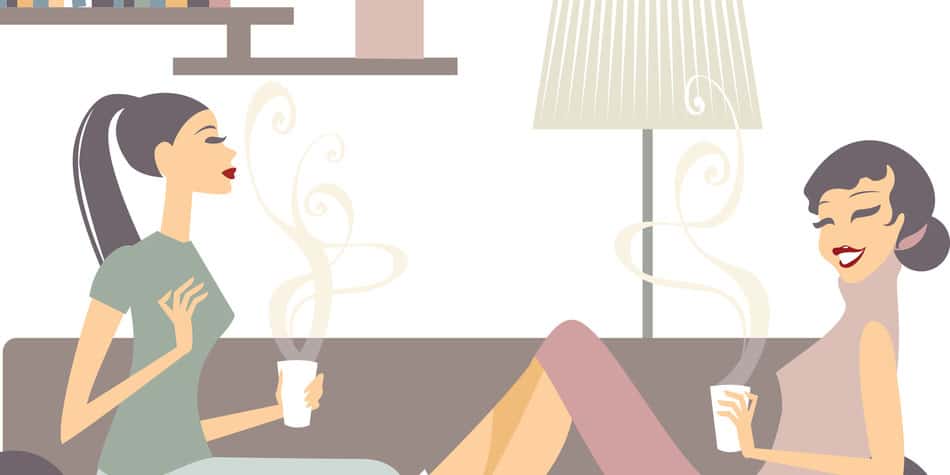 The ISTJ personality type describes an individual who is introverted (I), sensing (S), thinking (T), judging (J). ISTJ individuals are sometimes also referred to as “The Logistician” or “The Inspector.” They’re heavily focused on logic and very organized, but can also be stubborn and sometimes have perfectionist tendencies.

The traits associated with the ISTJ personality type are typically considered to be “masculine” traits, but women who identify with this personality type have a lot of great qualities! Below, we’ll discuss the habits and traits of ISTJ women.

ISTJ is not usually considered to be very feminine, as women are usually thought to be more emotional than men. ISTJ women can be labeled as “cold” or “mean”; this is not born of callousness but rather their preference for dealing with things rationally and disregarding emotions, including their own.

Here’s how the ISTJ personality type is broken down:

Because these traits all place a lot of value on logic and reasoning, ISTJ is typically considered to be a “masculine” personality type. Here’s a breakdown of who showcases this personality type:

5 Most Common Traits of ISTJ Women

While the specific traits of each ISTJ woman differ, these are the most prevalent:

Most people expect women to be very nurturing and rooted in their emotions. However, ISTJ women challenge this perception by frequently choosing logic and reason over how they might feel in a situation. They’re not very likely to think about the “big picture” and are more rooted in whatever their present situation may be.

The practicality of ISTJ women is typically the trait that earns them their reputation of being “cold,” because they challenge the typical perception of how women should behave. Because of this, they are generally misunderstood.

If there’s one thing ISTJ women won’t do, it’s sugarcoat. They tend to be very upfront and honest and expect the same from others.

They often lack tact in the things they say, which can get them in trouble and further their negative reputation. However, they believe that honesty and sincerity are signs of respect. Because of this, they won’t be too offensive in the things they say but, will never hesitate to speak their mind.

ISTJ women are typically very independent and don’t like to rely on others for anything. They especially like to make their own plans for the future. Whenever someone else gives their opinion on their plans, they tend to resist it.

As mentioned, ISTJ women like to make their own plans for the future, and they’ll stop at nothing to achieve their goals, whether personal or professional. They take great pride in the work they do, which can sometimes intimidate their co-workers. However, they never let this get to them and push themselves to grow no matter what.

One of the ISTJ traits that are generally considered more favorable is dependability. If you tell an ISTJ woman a secret, you can trust her to keep it.

They take pride in the commitments they make and are always true to their word. You can expect undying loyalty from a friend with this personality type, and take solace in the fact that they never abandon their loved ones.

Women who have the ISTJ personality may show it in a variety of ways. Some typical behaviors of women with this personality type include:

Organization is another common trait in those with the ISTJ personality type. This, along with their driven nature, makes list making a common practice. They may make lists for:

For many people, making lists gives them a sense of satisfaction. Crossing off each item as it’s done encourages feelings of productivity, which as we know, is something very important to ISTJ women.

These women also tend to be very predictable creatures of habit. They like things to stay the same and are especially big on traditions, family and otherwise. Individuals with the ISTJ personality type aren’t always comfortably trying new things or even attempting new ways of doing things they’ve done before.

ISTJ Women Tend to Be Perfectionists

No ISTJ individual likes to do anything in a subpar way. Because they take such pride in their work, they try their hardest to complete each task or project 100% perfectly. When you assign an ISTJ woman to complete a task or work on a project, you can be sure you’ll get a very high-quality finished product in the end.

ISTJ Women Finish What They Start

As you might expect based on what you’ve learned so far, ISTJ women aren’t ones to leave projects unfinished. Similarly, they won’t often start a new task without finishing what they were working on previously! This is thanks to their driven nature, which makes them completely committed to getting the job done and done right.

There are some things that ISTJ women just cannot stand. Different people have different pet peeves, but these are some of the most common for women with this personality type: 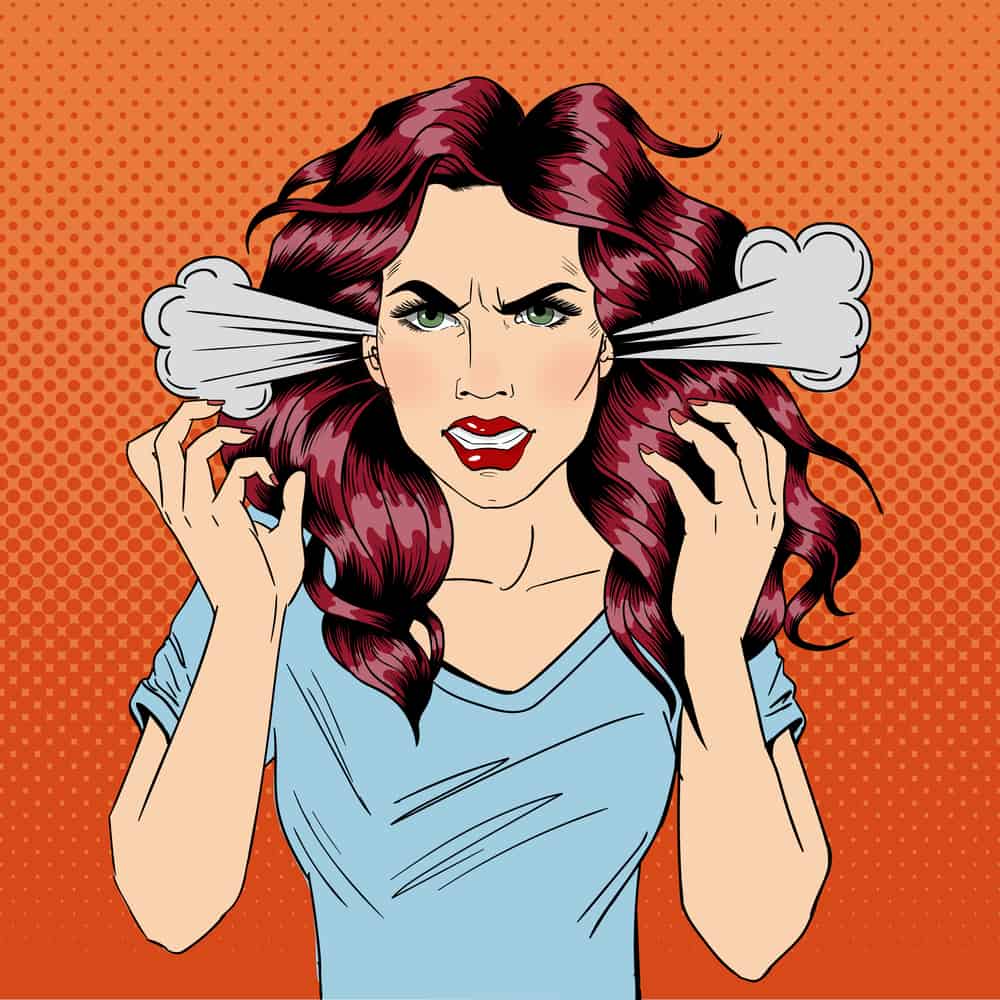 We’ve already discussed how ISTJ women tend to lean towards perfectionism. So, as you’d probably expect, they hate doing a sloppy job on anything. Whether it’s a work project or planning a party, they go all out. Needless to say, if you need something done right the first time, seek out an ISTJ woman!

Working without a Clear Structure

ISTJs thrive on rules and structure. They like everything to be laid out in a logical, reasonable way and hate any situation that doesn’t allow them to work this way. Improvisation is a foreign concept to ISTJ women, so they don’t tend to do well in creative ventures or anything else that requires abstract thinking.

People with this personality type hate dealing with anything emotional. They’re very rooted in the present and value logic and reasoning above all else, so they don’t typically do well with anything that has to do with matters of the heart.

This isn’t reserved for other people, either – ISTJ women don’t even like dealing with their own emotions! They tend to keep their feelings hidden and try to work through them logically on their own.

Not Getting Enough Alone Time

As introverts, ISTJ women definitely value their solitude and need their downtime to recharge. Trying to cut this alone time short can be very overwhelming and frustrating for those who have this personality type.

These women are very direct, upfront, and honest. They view honest communication as a sign of respect, so they absolutely hate it when others don’t show them the same courtesy!

They also don’t like when people can’t keep their word. When they say they’ll do something, they mean it. Because of the standards they set for themselves, they expect the same from everyone else.

Strengths and Weaknesses of ISTJ Women

Some traits that tend to appear in ISTJ women and are generally considered to be strengths include:

In addition to this, ISTJ women are often revered for being focused on the present and are detail oriented. However, some people may see these behaviors as weaknesses rather than strengths. It all depends on how you look at it and the situation you’re in.

There are also quite a few weaknesses of having this personality type, especially as a woman. Women tend to be judged much more harshly for the negative aspects of their personality as an ISTJ individual when compared to men. Some of these traits that are generally considered to be weaknesses include:

ISTJ women have also been criticized in the past for their inability to view things from an emotional standpoint. While logic and reason play a role in sound decision-making, people with other personality types may believe that doing what feels emotionally right is better in certain situations.

Since ISTJ women tend to be quiet, solitary people (thanks to their introverted character), they typically like to have jobs and take up hobbies that let them work alone while following clear, precisely laid-out directions.

Some hobbies that are popular among women with an ISTJ personality type include:

While ISTJ women typically like to take part in hobbies that allow them to be alone, they aren’t particularly creative. Because of this, women with this personality type aren’t usually very interested in artistic activities like painting or drawing.

At work, ISTJ women work very independently and systematically. They like to be in a stable work environment and take their deadlines seriously. They’re often some of the best workers in their field due to their dependable and driven nature. They don’t typically do well in creative or high-stress jobs due to their perfectionism and logic-based thinking.

Considering all of these factors, some of the best-suited jobs for ISTJ women include:

ISTJ women get along well with some people while with others they’re like oil against water. ISTJs have a unique approach to relationships, both romantic and platonic. If you have an ISTJ in your life, it’s essential to learn how they navigate and handle relationships with other people. 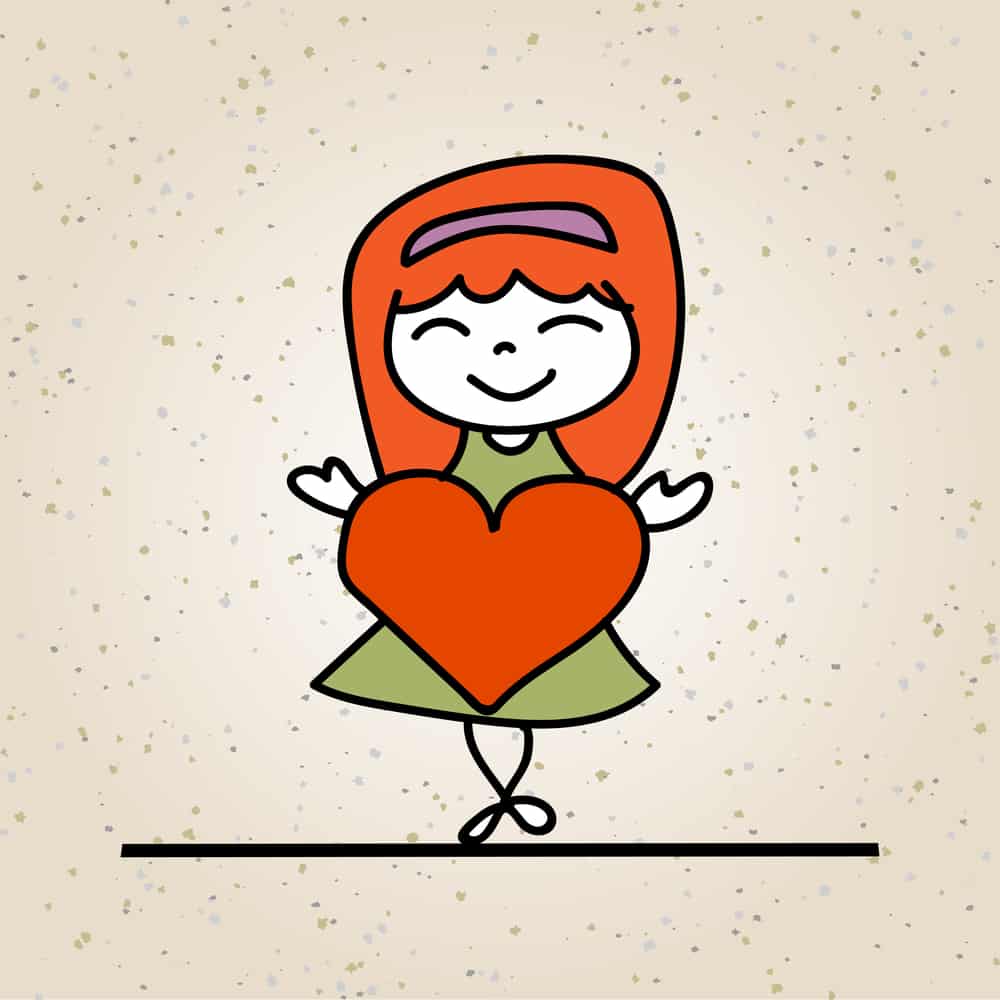 ISTJ women tend to be better friends with other introverts and logical thinkers. They have a reputation for being very serious and like well-planned activities, but women with this personality type are also fiercely loyal. While they won’t be very willing to pursue new things, they still like to have fun doing activities they already know they enjoy.

If you have a friend who is an ISTJ, you know you can trust them with your secrets. These women are likely to be some of the best friends you’ll ever have, as long as you share their values and can handle their by-the-book attitude!

As people who value stability and routine, ISTJ women want relationships they can count on in the long run. Because of this, they’ll probably take some time getting to know a partner before taking any steps to make it romantic. They may be asking themselves, “are this person’s intentions good?” or “is anything they’re doing a deal breaker?” and using the answers to assess how well the relationship would fit into their lives. Only if they like what they see will they pursue the individual romantically.

Another thing you’ll find is that ISTJ women often struggle to show their feelings. Instead of being touchy-feely or “lovey-dovey,” they’ll usually show their love by helping maintain their partner’s functional interests. They like to help solve problems and are often referred to as “fixers.”

Similarly, ISTJ women usually like to assume traditional gender roles and take care of their date. They’ll probably enjoy cooking and cleaning for their partner and typically like to ask questions to learn more about the person.

As mentioned, ISTJ women value tradition. Because of this, they place a great deal of emphasis on spending time with family. They can be stricter parents than most, as they expect their children to work hard and respect authority.

These women have high expectations for their children and try to enforce responsibility and obedience. But as with all relationships, they’re fiercely loyal to their children and will do all they can to provide them with the best life possible.

Women with the ISTJ personality type are:

Some people who don’t understand their way of doing things view their thought process and value system as “cold,” but this isn’t usually the case. They have trouble showing how they feel but are loyal to the very end with those they care about.