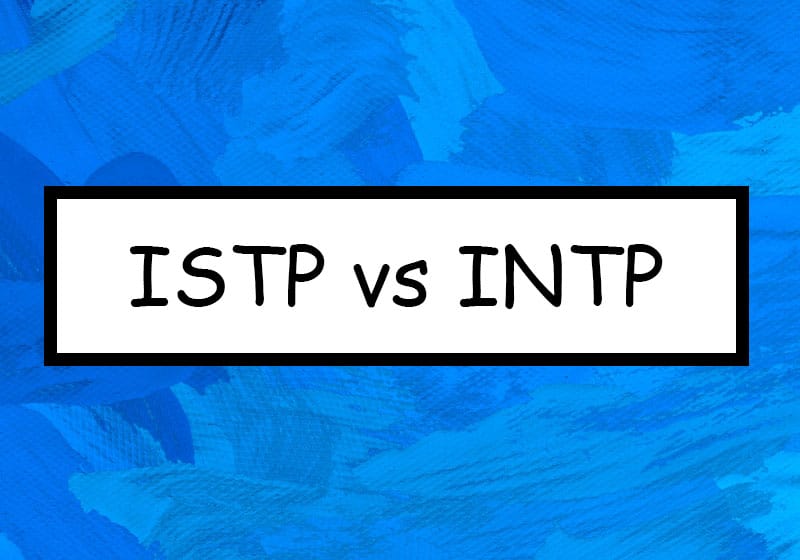 The skillful ISTP and the logistical INTP show up very similarly. Because of how close they are in nature, many people might be stumped about which personality type best matches them. The difference that a letter can make between each type can be difficult to understand.

What are the Main Differences between ISTP and INTP?

The ISTP is known for its independent, individualistic nature. ISTPs seek out information using the factors they see, hear, touch, and with which they directly interact in the present moment. In contrast, INTPs are more flexible about how they understand information.

ISTPs concentrate on present, observable details, while INTPs devise creative solutions by filling in the blanks through a logical and intuitive process.

The key component that divides the ISTP from the INTP is in how they use their respective dominant cognitive functions.

The ISTP is strong in introverted sensing, which means they rely on concrete facts. This function allows them to hone in on a small aspect of a problem and focus on the senses to conceptualize it. As such, they rely heavily on experience to learn and inform future problem-solving endeavors.

The INTP’s introverted intuition views the world from the opposite side of things: inward reflections and imaginative thinking allow them to expands on pieces of concrete information. Rather than being focused on small bits of data, INTP can draw educated inferences based on an overall view of information, feeling no need to get lost in the details.

Otherwise, ISTPs and INTPs have Introverted Thinking (Ti) in common. This is how they form new ideas, come to conclusions or decisions.

An ISTP’s strengths consist of the following:

Their ability to remember previous sensory details helps ISTPs through current problems. The ability to hone in on the present moment makes them the best for solving a specific problem, even if it means taking risks. Their motto is: Do now, think later.

While with certain high-risk behaviors, this could be problematic, it’s perfect for problems that need immediate action. Their spontaneity keeps life fresh for them and for others in their lives. Furthermore, ISTPs are able to stand their ground against uncertainty and an overstimulating, stressful situation.

As for the INTP, they have the following strengths:

INTPs are very careful about how they use their powerful brain. Usually, they prefer to refrain from sharing an opinion or making a decision until they’ve considered all options. In conversation, INTPs value precision and accuracy, speaking as briefly as possible.

These skills make the INTP an intentional communicator, with excellent long-term planning. While INTP can get overwhelmed and stuck in analysis, their ability to take action only after processing much information makes them great for future-oriented strategy.

The ISTP may have the following drawbacks to their personality type:

ISTPs don’t do well in social situations that require depth or emotional support. While they have feelings, they struggle to put them into words. Moreover, they lack the ability to gauge another’s emotional state without trial-and-error experiences.

While ISTP’s willingness to defy risks in controlled areas can be useful, it sometimes causes regret. ISTPs can do whatever they feel like at the moment without considering the potential harms. In this case, their “grounded” perception is so focused that it blocks ISTPs from thinking about potential outcomes outside of the present moment.

As such, ISTPs can be inconsistent in their lives, hobbies, work, and relationships. Spontaneity, while generally positive, can lead ISTPs to restlessly pick up and drop interest, leave projects unfinished, act unreliable in relationships, or move from job to job.

The INTP can struggle with these weaknesses:

While ISTPs can’t offer emotional support because of their discomfort with it, INTPs lack sensitivity to others’ emotions since they prioritize objectivity. In social settings, INTPs lack self-awareness about how others might react to what they say. As such, they can be seen as insensitive or rude.

INTPs are perfectionistic, especially when it comes to their preferred areas of knowledge. Because INTPs take certain topics seriously, they prefer to be precise in their words and think things over carefully before speaking. Many times, they become stuck in their heads while the discussion has already moved on.

When making decisions, INTPs might be troubled by information overload.

ISTP vs. INTP: Differences by Category

Here’s how each personality type differs across various categories. 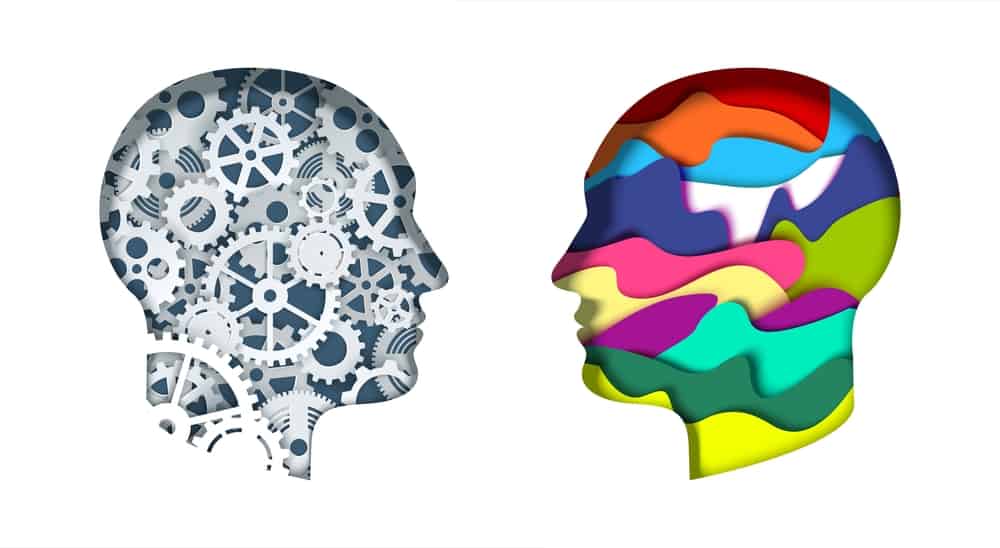 Both ISTP and INTP are logical, rational personality types. However, each one exhibits this differently and has very distinct reasons for being so.

ISTPs struggles to understand emotions, including their own. Instead, they feel it in their bodies and seek to alleviate their frustrations or negative feelings by engaging in external stimuli.

INTPs are uncomfortable with the vulnerability of emotions, believing that emotions obstruct their logical frameworks and add more complexity than necessary. Deep down, however, they feel very passionately and can be much more sentimental than ISTPs. They simply prefer to focus on what they can easily observe, analyze, or quantify.

Both are introverts, but can be sociable when they are comfortable, within the right circle.

While friendly and adaptable to various social situations, ISTP is of few words. They prefer action over talking, and if they are in a conversation, they can stay relatively superficial.

Despite this, others may see ISTP as charming and fluid in their conversation styles. Since showing or understanding emotion can be a struggle for ISTPs, it’s important that they learn to let their walls down to deepen relationships with others.

Stuck in their heads, INTPs can seem closed off. In conversations, they are concise in what they say, and only speak after they’ve been considering something from many angles. While this comes in handy in debates, everyday social settings can be challenging.

If they meet their match, INTPs love discussing their interests, sharing their expansive knowledge, talking about future goals, or debating political or technical theories.

ISTP isn’t attached to any responsibilities or external validation. They love their freedom and individuality and don’t think about how their actions will affect the things or the people around them. As hands-on people, ISTPs learn as they go along.

Meanwhile, INTPs don’t mind getting caught up with their own overactive minds for a while, even at the risk of others seeing them as lazy or unmotivated. It wouldn’t be an over-exaggeration to say more than half of the INTP’s work occurs in their minds. Otherwise, they enjoy reading and learning new information about their favorite interests.

Something the two can have in common is an interest in gaming. ISTPs enjoy the sensory experience of gaming, while INTPs love the thinking process that might go into a strategy game.

Generally, ISTPs abhor all sorts of structure and overcontrolling factors in their life. They prefer to remain detached from anything that would limit them and prefer to live by their own standards.

Meanwhile, INTPs don’t mind structure. Especially when it comes to arguments or decisions, INTPs hold little respect for those who reach a conclusion without proper support. A little organization doesn’t hurt anyone, but too rigid of a routine or boring day-to-day tasks can drive an INTP crazy: even if they have rich inner lives, INTPs still need an interesting lifestyle to stimulate their innovations.

A huge difference between INTPs and ISTPs is in their perspective. INTPs absolutely hate dealing with minuscule details, when they can simply intuit the broader picture themselves. In fact, they have more fun this way, considering all the logical possibilities based on a few observations or data points.

On the other hand, ISTPs get up close and personal with the details. They can focus and latch on to seemingly insignificant facts or sensory observations. Instead, ISTPs hate to think about abstract concepts or considering possibilities that haven’t occurred.

In a relationship with an ISTP, every day brings something new. While ISTPs honor their independence, they do enjoy an equal partnership with someone with whom they can enjoy their favorite activities. While not one for being too in touch with emotions, ISTPs will show their love through actions and kind services.

Things can turn bad for the ISTP if the relationship feels too controlling.

Despite what they may seem, they are not robots: INTPs feel deeply and want a passionate romance. The only difference between the INTP and the ISTP is that INTPs don’t mind deep conversations, although their verbal representation might be more logical.

However, an INTP’s partner can be sure that INTP will think things out at length, so every action has a lot of consideration behind it.

The difference in the ideal career for ISTP and INTP personality types lies in what skills a job uses. For instance, ISTPs do best in hands-on careers while INTPs prefer theoretical, research-based careers.

ISTPs make excellent engineers, designers, pilots, paramedics, or anything else that has a lot of sensory stimuli. Because ISTPs love excitement, a job that is unpredictable and requires action is perfect for them. Their perfect focus and ability to act quickly match with high-stakes careers like pilots, police, or emergency technicians. 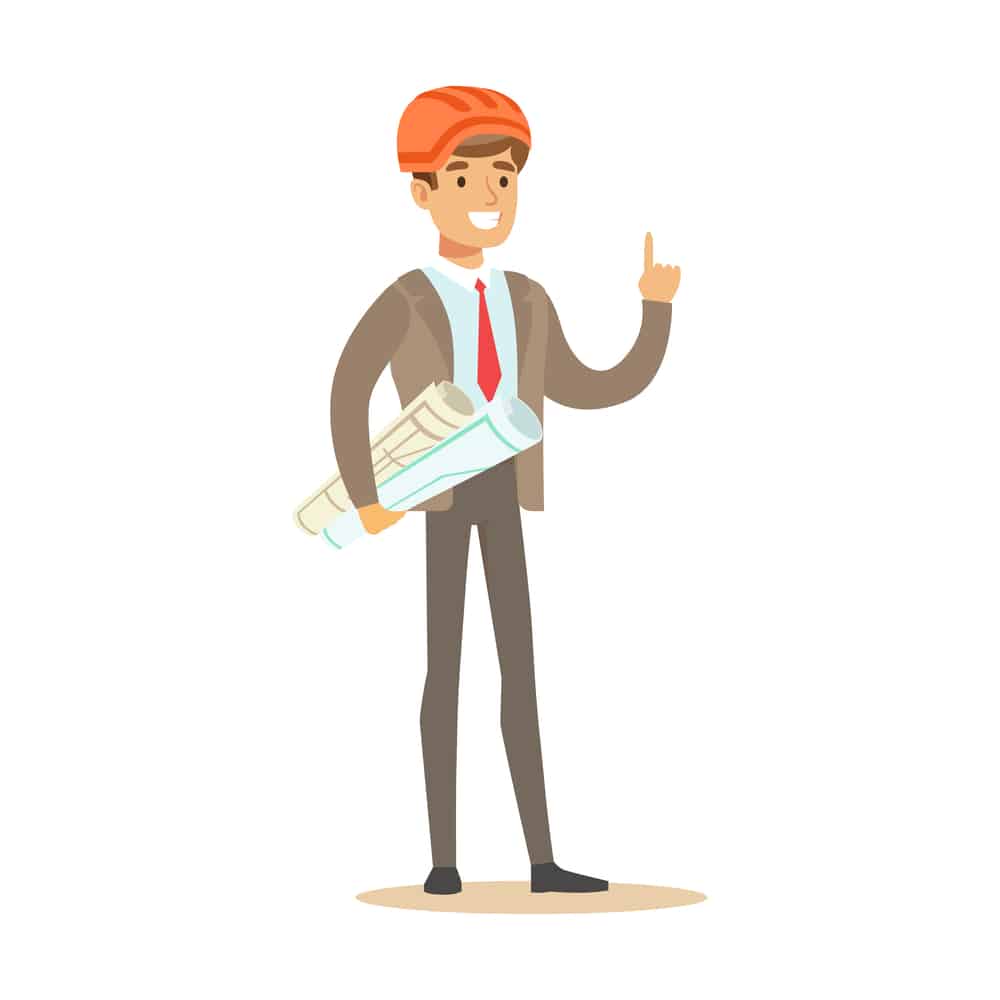 ISTPs can find a job in any field, so long as they can enjoy a flexible schedule and less structured environments.

INTPs prefer careers that include a lot of analysis and usage of their brain. As theorists, INTPs enjoy playing around with different possibilities and being innovative. Fields that have a lot of research, like mathematics, sciences, engineering, tech, or anything that deals with abstract concepts and analyzing data work best for them. In this way, INTPs are the opposite of ISTPs in what fields work for them.

link to ENFJ vs ESFJ: The Differences Between These Two Personality Types

The rational INTP and individualistic ISTP make a promising couple. While these two might be weak in some communicational aspects, like expressing emotions and confronting deeper conflicts, they can...