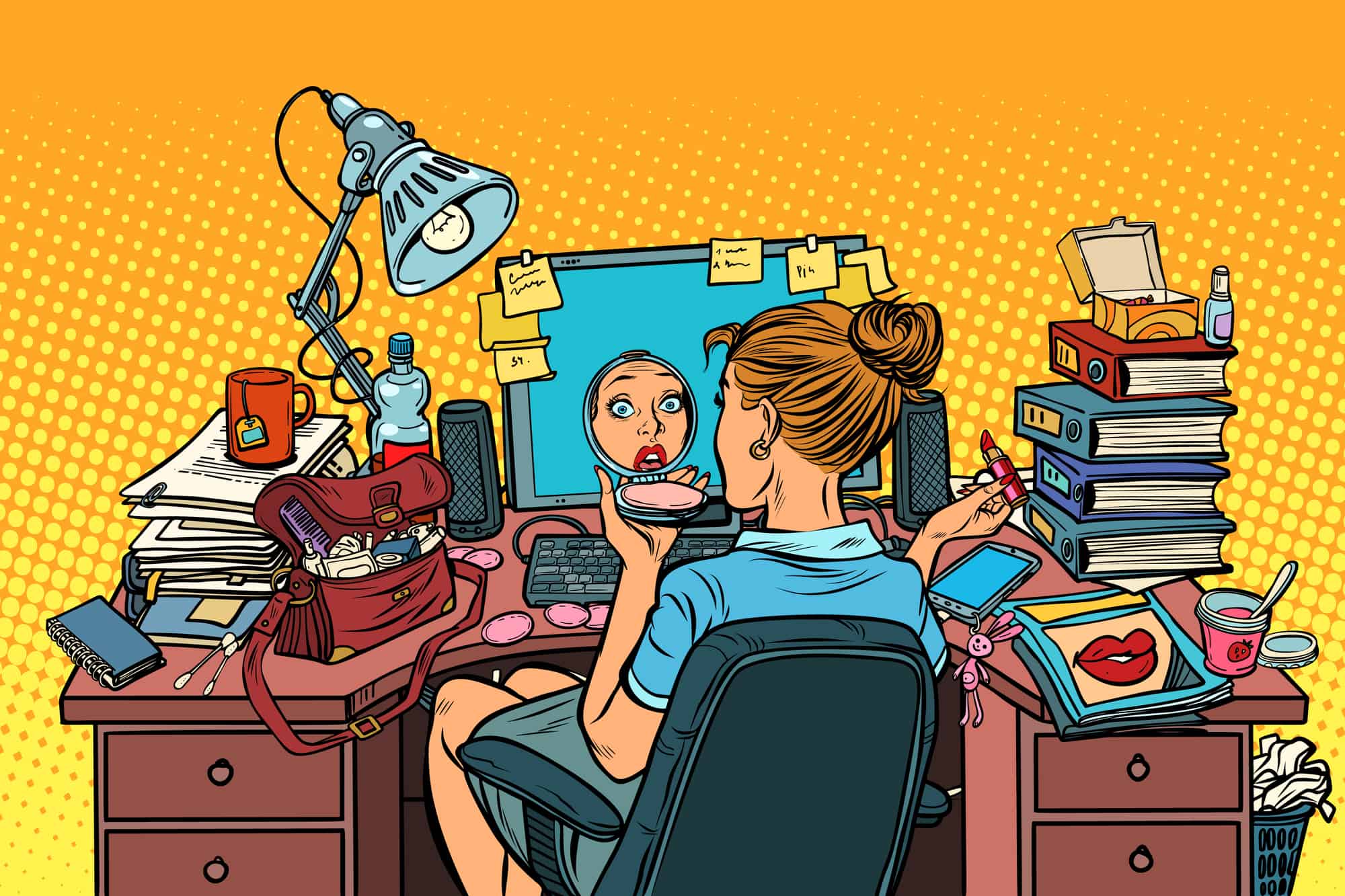 Everyone has a particular way they like to keep their desk. Some people can only work if their desk is spotless, with not a paperclip out of place. Others need at least three balled up pieces of paper scattered across their desk to get some work done.

A now famous study conducted by Kathleen Vohs at the University of Minnesota helped to justify people’s messy desk vs clean desk preferences.

In this study, Vohs and colleagues found that having a clean desk caused people to do things we consider to be good choices as a society, such as giving to charity. This study entitled “Physical order produces healthy choices, generosity, and conventionality, whereas disorder produces creativity” also found that a messy desk made people more creative, coming up with novel ideas.

This study instantly became famous, shared around the world, as it provided an easy justification for either a messy or spotless workspace.

However, a study published in Frontiers in Psychology tried  to replicate this study and shows at least some these results may not hold up.

This study, “Workspace Disorder Does Not Influence Creativity and Executive Functions,” attempted to use the same methods as Vohs to replicate their messy desk finding  .

To do this, they had participants complete a series of tasks to measure their creativity at either a messy desk or a clean desk. The messy desk had a set of folders, markers, papers, and pencils scattered about haphazardly whereas the clean desk had all of the same things positioned orderly in a nice row at the back of the desk.

HOW DO YOU TEST CREATIVITY?

One of the tasks, the Alternative Uses Task (shortened to AUT) was the same task used in the original Vohs study. In the AUT task, participants are asked to come up with as many uses for an object (such as a ping-pong ball or an automobile tire) as they can in five minutes.

Their responses are then scored on their creativity by researchers’ blind to whether they are sitting at a messy or clean desk. For instance, using an automobile tire as a unicycle would be rated higher on creativity than using it on the rear axle of your Jeep.

The researchers also added additional measures of creativity in their study and used twice as many participants as the original Vohs study to make sure that they would be able to detect differences in creativity between those at a messy and a clean desk, if the difference exists.

A FAILED REPLICATION OF THE MESSY DESK VS CLEAN DESK THEORY

Despite this, they found no difference in creativity between the messy and clean desks in any of their creativity measures. This conflicts with Vohs’s findings and throws their results into question.

The authors of the failed replication do caution though about throwing Voh’s results out, saying that perhaps small differences in the studies or even differences in participants could explain the conflicting findings.

Just like many of our desks, the research on desk organization itself is a bit messy, but the question still holds, “Should we clean it up?”

Your DiSC Assessment personality profile can say a lot about what type of job you'd be good doing. Don't know what your type is? Take a free DISC Test here.  Many employers use the DiSC profile to...