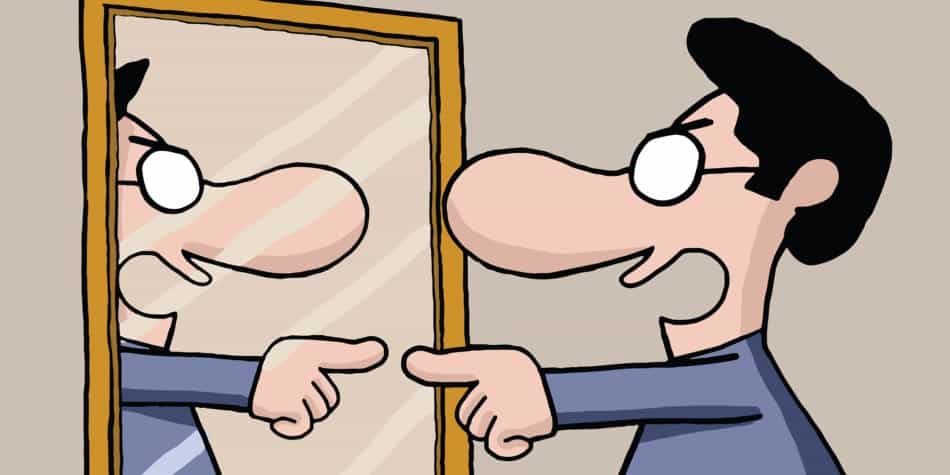 If you’ve ever been caught talking to yourself, then you know it’s usually an embarrassing situation. Although conversing with others is socially acceptable, speaking out loud to oneself is often associated with mental illness, such as schizophrenia.

People tend to forget, however, that there’s always an internal conversation going on inside the brain. This inner talk helps you make decisions, use rational thinking, and work through typical daily tasks. Without it, we would not have conscious thought, organize our thoughts and emotions, or control our actions.

In the Neuroscience Letters publishing, “Domain-Specific Distribution of Working Memory Processes Along Human Prefrontal and Parietal Cortices: A Functional Magnetic Resonance Imaging Study” by Gruber and Cramon,” researchers found that without inner conscious thought or external self-talk, we resort to our primal behaviors.

In this design, experimenters directed human subjects to speak meaningless phrases, such as “blah, blah, blah” while completing visual and auditory tasks. Much like a monkey, the participants began to use visual and sound areas of the brain separately to complete tasks rather than a combination.

Humans, therefore, use this technique to control behavior and complete tasks. Although other methods are likely to work, we prefer this one since we are accustomed to our typical mental processes.

Moreover, transforming these healthy internal discussions into outward projections is a common occurrence. In fact, researchers are now looking into the benefits of carrying out this function and believe it may even indicate higher intelligence.

According to “The Impact of Verbal Instructions on Goal-Directed Behavior,” in Acta Psychologica by Kirkham, Breeze, and Mari-Beffa, there are many positive reasons for self-directed conversation.

In the study, participants were given a set of written instructions and told to recite them either silently or out loud. During the assessment of the participants’ concentration and performance, they found improvement in both areas when they read the instructions aloud.

Although private chat remains vital, this study shows that talking to oneself out loud while completing a task can help us gain better control. Researchers believe our receptiveness to auditory commands is responsible for the positive changes.

Kirkham adds that athletes are more likely to use this behavior, as it instructs them how to play better and acts as a motivator. This pattern demonstrates that humans have adapted better to auditory rules rather than following written information.

To break it down even further, various forms of outward self-talk exist. Tahmasebi Boroujeni and Shahbazi issued their study called, “The Effect of Instructional and Motivational Self-Talk on Performance of Basketball’s Motor Skill” in Procedia – Social and Behavioral Sciences where they investigated various types of external speech and measured basketball performance on 187 students.

These researchers found that instructional self-talk improved accuracy pass and shot, indicating that this method is better for precision and timing. Motivational self-talk, on the other hand, increased passing speed, showing that this type increases skill speed.

Contrary to popular belief, talking out loud can serve as a useful motivator and commander. These unique individuals are potentially demonstrating signs of high cognitive functioning, making them more intellectually capable.

Rather than immediately categorizing these individuals as mentally unstable, first consider their internal thought process, and how they may be encouraging themselves to scale new heights.