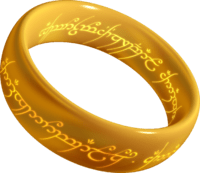 A school boy went to see his teacher to talk about a problem that was troubling him.

“Everyone says I am good for nothing” he complained. “No one believes that I will ever achieve everything. They think I am stupid and lazy. How can I become a better person? What do I have to do for people to appreciate me?”

Without looking at him, the teacher answered “I am sorry, lad, but at the moment I have problem of my own that is occupying my mind, so I can’t help you” he paused and then continued, “But perhaps if you first help me to solve my own problem I could look at how to help you with yours.”

“Of course, Sir” said the boy. But inside he felt let down and small.

The teacher took a gold ring off his little finger and held it up saying, Take your horse and go to the market. There you must sell this ring for me as I need the money to repay a debt. Obviously you must get the best price you can, but whatever you do, don’t accept less than one gold coin for it. Go, and come back with the money as fast as you can.”

The boy took the ring and left. When he arrived at the market, he started to show it to the stallholders. They seemed very interested and were keen to know how much the young boy wanted for it. But when he started to talk about a gold coin, some of them felt about laughing while others just walked off without a backwards glance.

Only one old man was kind enough to explain to him that a gold coin was too much too much to ask for an old ring. Trying to help the young boy, he offered him a bronze coin for it, and then a silver coin. But following the instructions of his teacher not to let it go for less than one gold coin, the boy refused all offers.

After having approached every stallholder and passer-by in the market without success, feeling extremely downhearted at his failure, he got back on his horse and returned to his teacher. How he wished that he had a gold coin himself that he could use to buy the ring, thus freeing the teacher of debt so that he in turn could help him with his own problem!

He went up to his teacher and said, ”I am sorry, Sir, I have failed to achieve what you asked of me. I could have got two or three silver coins for it, but I believe that we can’t mislead anyone about the value of this ring.”

“What you say is very important” replied the professor with a smile. ”First of all we have to find out the real value of this ring. Get back on your horse and take it to the jeweler. Who else can know its value better than he? But whatever he offers you for it, don’t sell it to him. Come back to me with my ring.”
The boy went and to find the jeweler and held out the ring to him to examine. The jeweler scrutinized it through his magnifying glass, weighed it, and said “Tell your teacher that if he wants to sell it today I can only give him 58 gold coins for it.”
“58 gold coins!” exclaimed the boy.

The boy ran back to his teacher in a state of excitement to relate what had happened.
“Sit down” said the teacher. After having listened to the child’ story, he said, “You are like this band of gold; a unique jewel of immense value?” So saying, he put his ring back on his little finger.

The student then realized, a lot of them who adversely commented on this guy were like a stall holder who aren’t qualified enough to realize his worth. It also was an eye-opener in the sense that he realized the importance of seeking guidance or opinion from the right person – teacher was the jeweler who realized his potential which was that of a gold band.

link to What is a DiSC Assessment Test?

The DiSC Assessment Test is a popular personality test that measures four main traits: Dominance (D), Influence (I), Steadiness (S) and Conscientiousness (C). It is based on the DISC personality...

Continue Reading
link to What Are the Best Jobs for Different DiSC Personality Types?