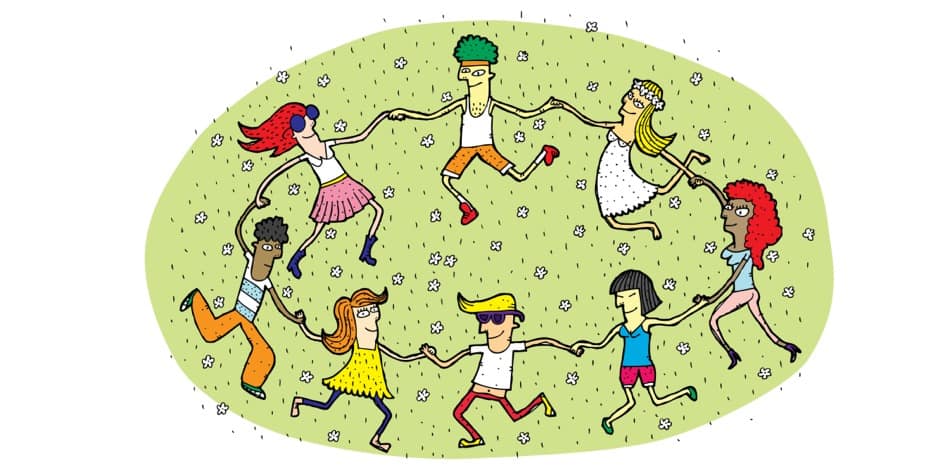 Why are some people happier than others?

It seems like an obvious question, but there is surprisingly little research on the subject. There is an entire field – positive psychology – dedicated to finding what makes people happy. Yet even people who have devoted their entire careers to researching happiness seldom ask about its origins.

This is exactly the question Satoshi Kanazawa and Normal Li explore in their 2016 paper, “Country roads, take me home . . . to my friends.”

Kanazawa is a professor at the London School of Economics and a pioneer in the field of evolutionary psychologist. He originated the “Savanna Principle,” the idea that our brains evolved for life on the African savanna in the early days of our species and have not changed much since then. Kanazawa believes that many human behaviors that seem irrational today evolved as responses to challenges in the lives of our earliest ancestors.

Norman Li is an American-born securities trader and economist turned social psychologist who teaches at the Singapore Management University. He seeks to apply the analytical tools he learned in finance to the understanding of human behavior.

The Savanna Theory of Happiness

Kanazawa and Lee propose a “savanna theory of happiness.” They suggest that what brings us satisfaction today is based on what our distant ancestors found satisfying. Two things stand out as important for happiness: living in a small community and spending lots of time with friends.

Kanazawa and Lee point to evidence that early human tribes numbered about 150 people. This makes it challenging for us when we live in areas where there are a lot more people.

Survey after survey shows that people are happiest in rural communities where a small number of familiar people are spread out over a large area. This is true around the world.

They say that friendship is important to us because it improved chances of survival on the savanna. Men hunted more successfully when they hunted in groups. Women who made friends with other women could help each other with child care.

Kanazawa and Lee support their theory with evidence from a broad survey of Americans between the ages of 18-28 carried out in 2001 and 2002. The survey found that people in rural areas were more likely to be satisfied with their lives. So were people who had spent time with friends in the past week.

There was one interesting twist: the happiness of highly intelligent people did not seem to depend as much on low population density or on spending time with friends.

This fits with an element of Kanazawa’s earlier work. He asserts that intelligence evolved in situations where people had to respond to novel situations.   People who carry a genetic inheritance from clever and creative ancestors may also be better at responding to other novel situations.

Nevertheless, even smart people need friends and do well in small communities. They just to a better job of finding happiness when they can’t have these things.